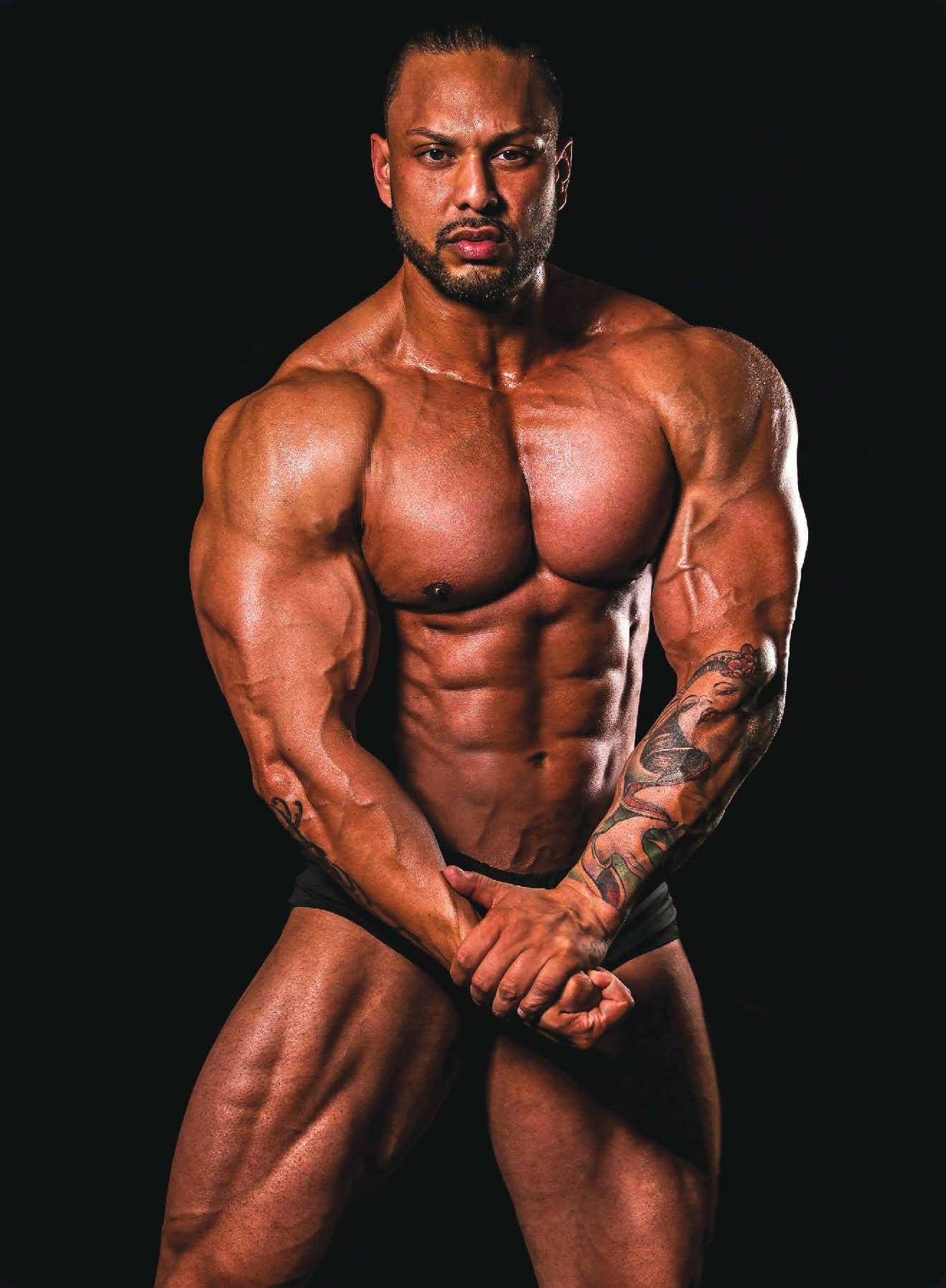 Those of you who follow the Men’s Physique division even casually will remember Mark Anthony. the Canadian transplant to Las vegas was one of the first men to earn pro status when the division was introduced in 2011 and went on the next year to become its first Olympia champion. After a string of six pro wins, the tide began to turn against Mark. In his first attempt to defend his Olympia title, he dropped to sixth place. Two years later, he couldn’t even make the top 15 at the O. Anthony drifted away from competition, and it seemed as if we’d never see him on stage again except maybe to hand out trophies. But as 2019 wound to its end, Mark announced he would return in 2020. Except this time, the board shorts would be replaced by Classic Physique posing trunks. I spoke to him to learn more about this soft-spoken athlete with the dynamite physique, and how he plans to return with an entirely new look.
Ron Harris

Let’s start from the beginning. You were born in Trinidad and Tobago, but didn’t stick around long enough to get the Caribbean accent.

We moved to Toronto, Canada in 1989 when I was 9 years old, where most of my father’s siblings had gone to university. It was much more progressive than the islands. I lived there until I was 30.

You’ve always had an athletic look. Were you into sports growing up?

Yes, I played baseball all the way through high school. That was my spring and early summer sport; in the late summer and fall it rolled right into football. My father was a cyclist, and part of his program was weightlifting. That’s how I got into it. Anybody admires his dad and wants to be like him. He used to have MD and the Weider magazines at home. I remember seeing guys like Charles Clairmonte and Milos Sarcev, who became a dear friend of mine, the real classic-looking guys. Later as a teen I would see my favorite bodybuilder of all time, Jay Cutler, and Kevin Levrone. when I first met Jay 13 years ago, I remember thinking, this is the widest guy I’ve ever seen in my life. I knew the late Greg Kovacs, who was the biggest man I ever saw, but I would be walking behind Jay and thinking, this guy is like a gorilla!

Did you start training at home, or at a commercial gym?

I started in my basement with my brother. My dad used to weld, and he made us dumbbells out of car parts. We had some weights and an adjustable bench. My brother and I would look at the training articles in the magazines and try to copy what they were doing. We were down there every day doing push-ups, chin-ups, bench presses, and of course, curls. From there I went to a rec center near my house, but not for long. What fascinated me was the feeling of training. I was ignorant at the time that it would change the way my body looked. I just loved the pump and getting sore. The first gym I joined was Planet Workout. It sounds lame, but it was pretty hardcore, with tons of heavy-duty Atlantis equipment. 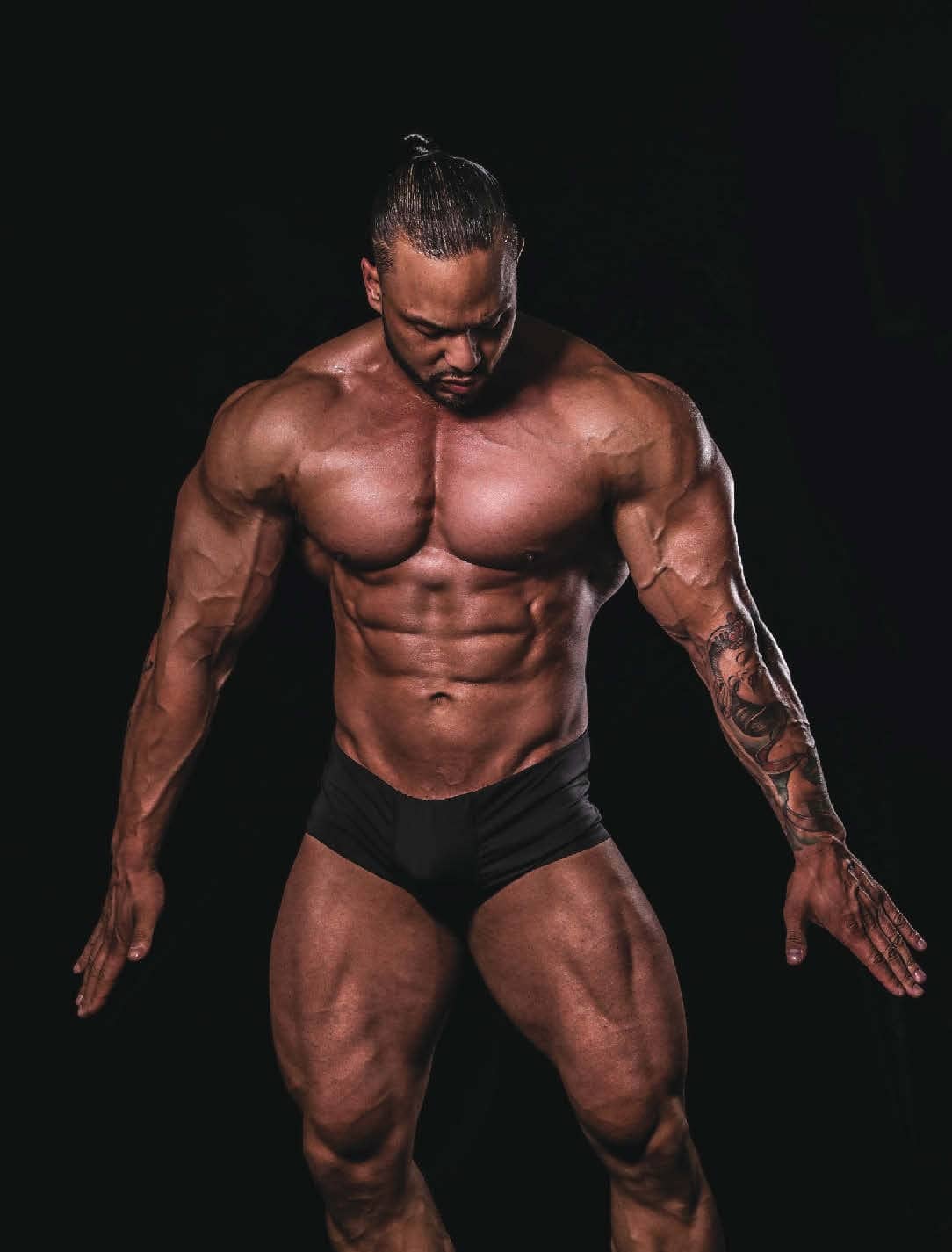 When did you notice that you were starting to look different from the average guy next to you in the gym?

I worked in nightlife, hospitality and hosting, for a very long time. One of my friends from early on was a bodybuilder/bouncer named Big Al. I told him one day, hey man, I want to start working out with you. Right away he said, if you’re gonna train with me, you need to be on time, and it’s gonna be hardcore! So that was it, he took me under his wing and taught me how to deadlift, and had me force-feeding myself to make gains. I figured he was a big guy so he must know what he was talking about. My body started to change. I became stronger and started filling out. I also started attending local bodybuilding contests. At the time of course, all there was for men was bodybuilding. In my mind, I wanted to compete, but I never told anyone. Al was with me at one show though, and he said, “You’re doing this show next year.” In 2004, I entered that contest as a 170-pound middleweight and placed fourth. It was the happiest day of my life. I’d never been that lean before and seen the muscles in detail. Eventually I qualified for the Canadian Nationals, but I never did it. I started traveling to the United States and saw how big the bodybuilding culture was there with the NPC. I got sponsored by a Canadian supplement company called Ripped Freak. They flew me to shows and expos all over the USA to work their booth. That’s how I was able to start networking and meeting people in the industry.

You didn’t start competing again until you moved to the USA?