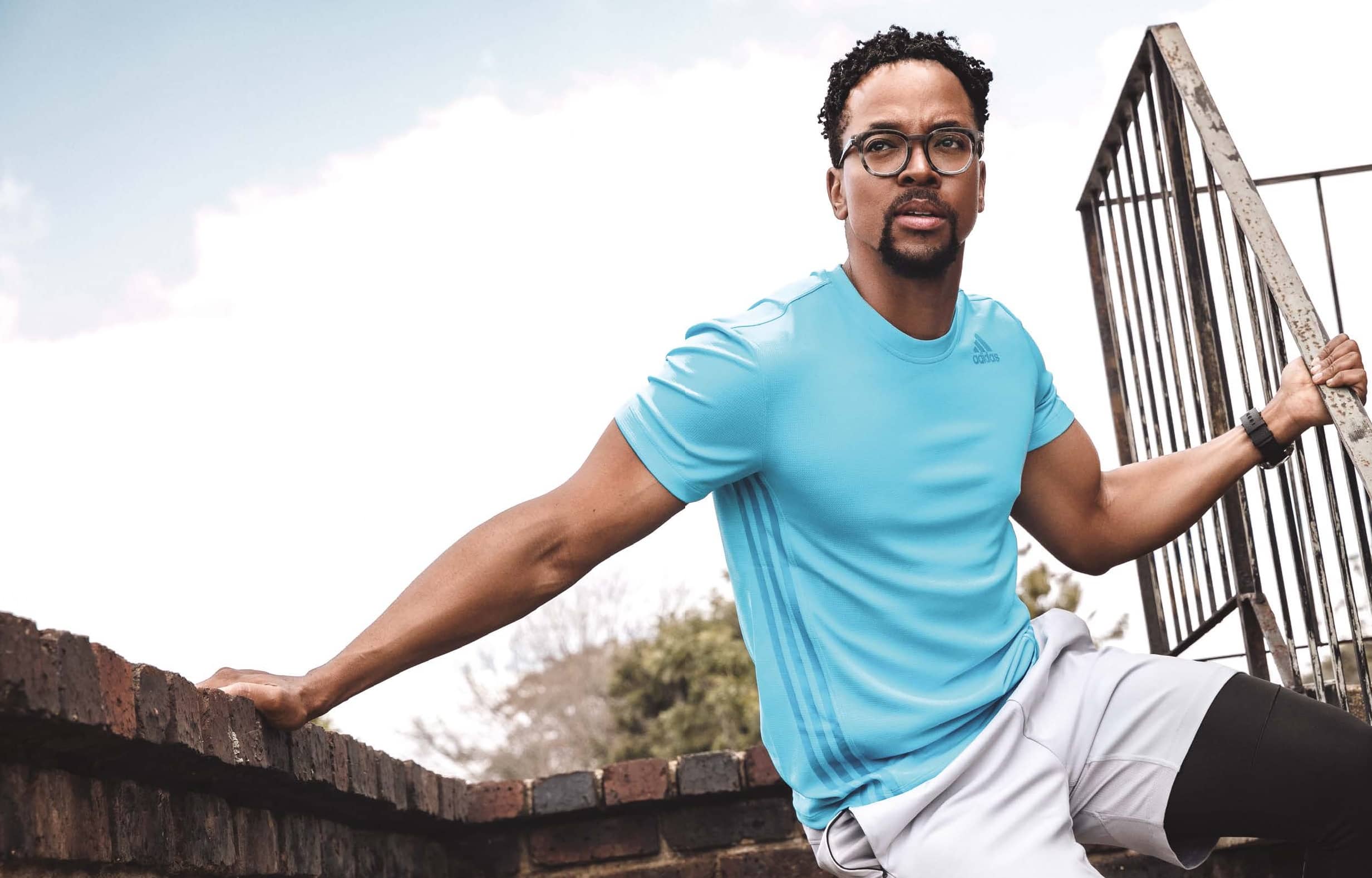 Whether it’s to his million-plus followers or the world’s biggest brands, Maps Maponyane is a household name. Did we mention he’s only 30? His formula for success: there is no formula. Be ready to work hard, keep pushing, and get better every damn day.

Google Masego ‘Maps’ Maponyane and the search results will bombard you with a nearendless list of titles: Model. Actor. TV Presenter. Entrepreneur. Philanthropist. Voice Over Artist. Speaker. But if you were to ask the man in question, he would describe himself in one word: curious. “Whether I’m interacting with someone, working or going somewhere, my curiosity drives me to explore all aspects of it,” explains Maps.

It’s this desire to know more and experience more that’s led to the 30-year-old’s illustrious career in the entertainment industry. Maps’ appetite for success can be traced back to watching his parents reach their goals. His father scored his reputation at the back of the net as a formidable striker with the Kaizer Chiefs. His mother has multiple degrees. Just the way they lived taught him a valuable lesson: anything you want is yours, but you must put in the work.

FORGING HIS OWN PATH

Growing up, it was expected that Maps would follow in his father’s footsteps. Like his old man, he had a natural talent for the game. But the young athlete, determined to carve a name for himself, decided to hang up his boots. “[I learnt] at a young age that any achievement that was related to what my father did, people would find a way to link it back to him. It became frustrating not having my achievements seen as my own, but rather in association with someone else.”

Maps’ resolution to stand on his own two feet was first tested after he matriculated. His parents were struggling financially and couldn’t afford to put him through university. The time had come for him to take his future into his own hands. The mantra was always there: if you want it, prepare to work for it. By taking on odd jobs and paving his own way towards a degree, he discovered something that you can’t learn just sitting in dusty lecture halls; he learnt how to be resourceful. After working in fashion retail for a few months, he landed a gig presenting a sport show on Supersport. Eager for more work, he sought out a modelling agency on a friend’s suggestion. He was rejected over, and over again. The problem? They said he looked “geeky”. But while the rejection stung, it didn’t deter him. After months of casting and auditions, he was signed by an agency. “When I went to my first castings, I struggled in the beginning, but after a while I got the hang of it and things started avalanching from there.”

And as the opportunities came knocking, he grabbed them with both hands. From bagging commercials to starring in films to becoming a presenter on Top Billing, Maps cemented himself as a household name. Despite his gilded CV, and countless accomplishments, the Johannesburg native knows he needs to constantly push himself to do better. “You can’t rest on your laurels in the entertainment industry,” he explains. “It forces you to be better so you’re less likely to be disposed of.”