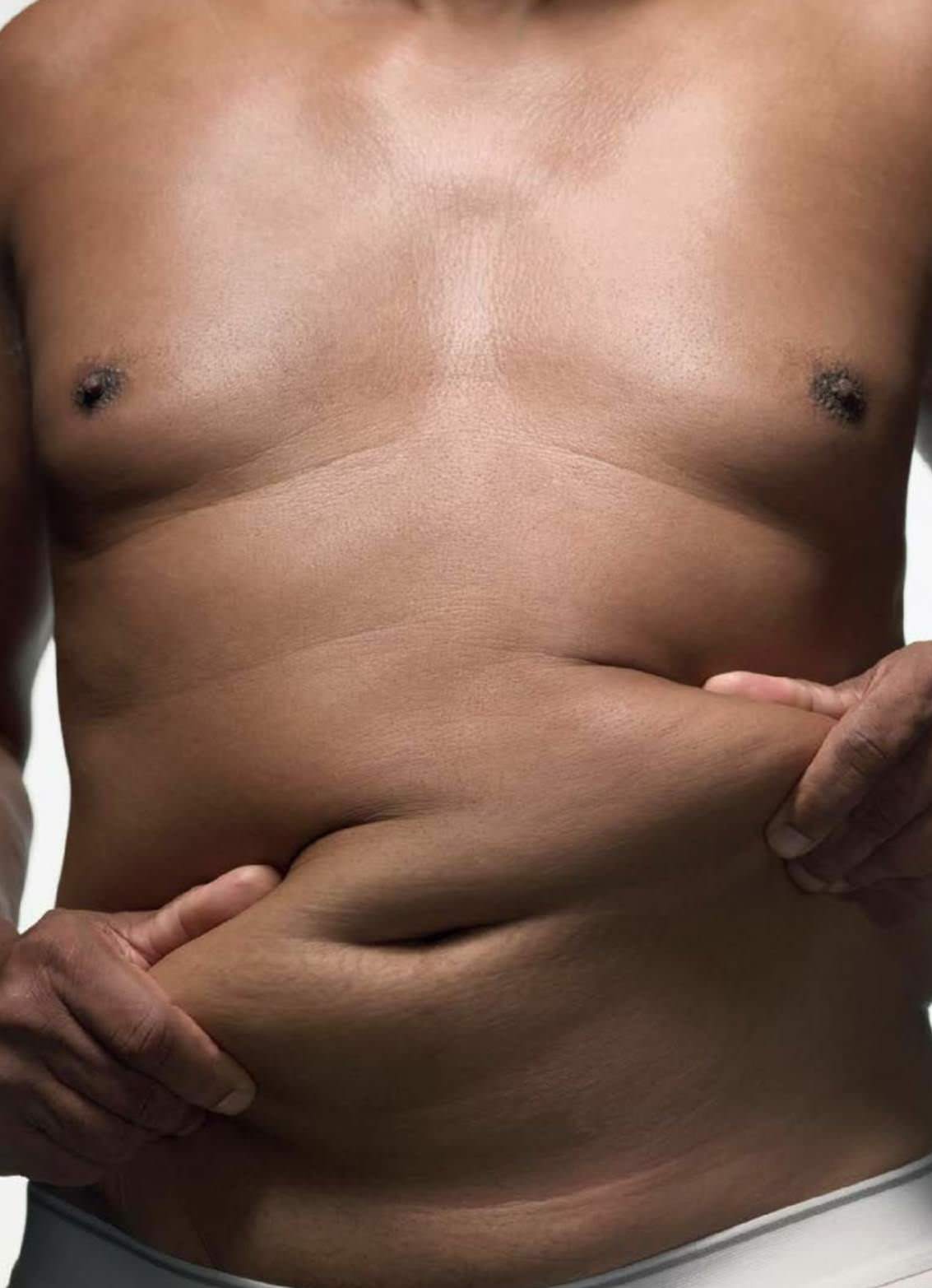 Horrible News! Turns Out Carrying Around Even A Little Fat On Your Belly Is Dangerous. Great News: This Story.

Belly fat is such an important (and dangerous) factor for your overall health that it’s now discussed as an organ. The visceral fat that makes up a spare tyre, or worse, a beer belly – and that surrounds your liver, stomach, and intestines – isn’t flabbily inert. It appears to be biologically active, pumping out hormones and other substances, and it may even increase your risk of metabolic problems such as cardiovascular disease and type 2 diabetes, and maybe even cancer.

But even men sporting modest paunches are at risk. Yup, Dad Bods, Skinny Fat dudes, Beer Belly Light guys – maybe even you. Recent Mayo Clinic research shows that men who are in the normal range (with a BMI of 18.5 to 24.9) but have fat in their midsection are up to four times as likely as leaner men to have metabolic disorders. “Why some people predominantly carry fat in visceral deposits isn’t fully understood,” says Dr. Paul Cohen, PhD, an assistant professor and head of the Laboratory of Molecular Metabolism at Rockefeller University in New York. “There are clearly genetic and hormonal influences.”

While researchers learn more about how fat harms you, they’re also finding new ways to fight it. And it may not take much to reduce your health risks, according to a new, albeit small, study in Obesity. When people who had a normal BMI but excess body fat lost 5% of body weight, they saw major benefits: visceral fat down 11%, total fat down 9%, liver fat down 50%, and insulin sensitivity up 26%. If you weigh 90kg, losing 5% means shedding just 4.5kg. These four tips make it a little easier. Get after it!