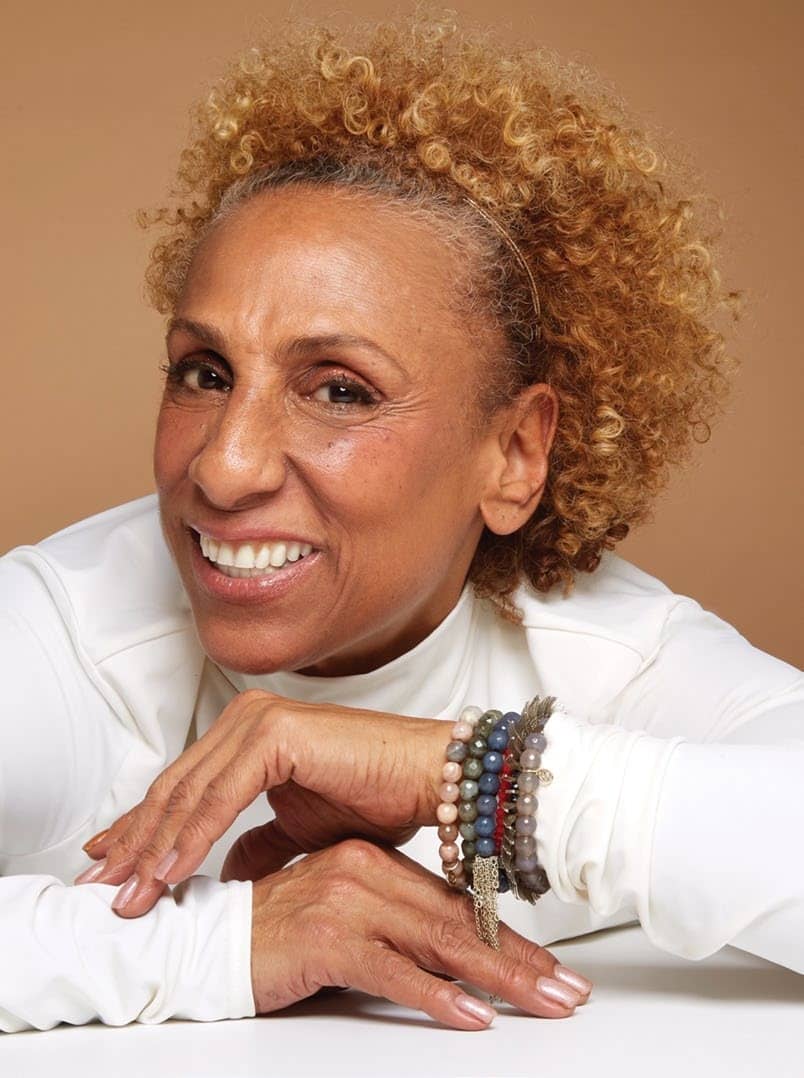 For Sarita Allen, a star of the Alvin Ailey American Dance Theater, and a protégée of Kathleen Stanford Grant, Pilates was key to her decades-long career.

SARITA ALLEN HAS TWO SUCCESSFUL CAREERS AS BOTH A DANCER AND A PILATES TEACHER. PHOTO BY BILL WESTMORELAND FOR THE SERUCELL CAMPAIGN

PILATES STYLE Tell us about your childhood.

SARITA ALLEN As a child growing up in Seattle, I fell in love with dance at the age of 4. I attended the acclaimed Cornish School of the Arts and began my dance training with the incomparable Dorothy Fisher. When I was first invited to Dance Theater of Harlem, it was on a scholarship for a Summer Intensive while I was still in high school. After I graduated, they invited me to come to New York City as an apprentice with the Main Company.

One particular day after class, a friend who was interested in studying at the Alvin Ailey American Dance Center downtown asked me if I’d accompany her to a scholarship audition; I went with her for moral support, but I also ended up auditioning myself. At the time, I wasn’t thinking about joining Alvin Ailey because my dream since I began dancing was to become a ballerina. I guess the universe thought differently. Alvin saw the potential for me to become a well-rounded artist, mastering many techniques, not only classical ballet; The Ailey Style was a combination of the Horton Technique, the Graham Technique, classical ballet and a bit of Dunham Technique.

I ended up receiving a scholarship to Alvin Ailey, which meant I was at DTH doing ballet in the morning, then I’d sneak downtown in the afternoon to study at Ailey. Alvin then stepped out in faith and offered me a position in his company.

I was a principal dancer with Ailey from 1975 through 1994, performing many of his works, including his masterpiece Revelations, when I joined Complexions Contemporary Ballet. I left for the silver screen in 1984 to work on The Cotton Club and on The Last Dragon in 1985 before returning to dance in 1988 with The Jamison Project. I then rejoined Ailey from 1989 till 1994. I’ve continued to perform with Ailey as a guest artist as recently as this past winter season at City Center before the pandemic.

PS Wow, what an incredible career!

SARITA Yes, dance has taken me all over the world, performing at some of the most mystical and prestigious venues like the Pyramids of Giza, the legendary Bolshoi, the divine La Scala and the majestic Paris Opera. And yes, I even danced at the White House of the United States, twice—once for President Bill Clinton, and another time, much earlier in my career, for President Jimmy Carter.

It’s quite an honor to represent your country through dance: It was like the Dance Olympics and we’d won the gold! Each performance not only left an indelible mark on my soul, but it created memories that I cherish and always reach into to share with my students, clients, family and friends. Of course you don’t realize you’re making history while you’re in the process, but one of the glories of performance is reaching people deeply and sometimes those people are our leaders. I’m grateful for all of my experiences.

PS How did you meet Kathleen Stanford Grant?

SARITA The alignment of our connection is actually quite fateful. When I first arrived at the Dance Theater of Harlem, Kathy was the director of the school and taught Pilates in a curriculum she called Special Exercise. As a dancer, I was greatly influenced by the work of Kathy, one of only two people Mr. Pilates certified himself.

I became her protégée. She took me under her wing and taught me firsthand her unique way of interpreting the work. I believe that the Pilates training I did with Kathy is one of the reasons I had such an illustrious career in dance; Kathy kept me from getting injured. Later on in my career when I was full-out dancing for one of the most dynamic companies in the world with a very demanding schedule, she said to me “I’m going to make you strong enough to withstand any tour!” and she did. I also shared the work that I was learning with my fellow Company members during the dance season; they were very receptive and we achieved great results. Both Kathy and her work were clearly an invaluable influence in my personal and professional life.

I believe that the Pilates training I did with Kathy Grant is one of the reasons I had such an illustrious career in dance; Kathy kept me from getting injured. Later on in my career when I was full out dancing for one of the most dynamic companies in the world with a very demanding schedule, she said to me “I’m going to make you strong enough to withstand any tour!” and she did.

SARITA I trained with Kathy from the time she had her studio at the Henri Bendel department store in the 70s through the period when she had her studio at NYU’s Tisch School of the Arts, till her parting in 2010. After my teacher training, I was still performing and developing the work as Kathy did with me from her time as director of the school at the Dance Theater of Harlem.

I mastered the Reformer, Cadillac, mat, etc. as part of the training; however, as any instructor would agree, experience is essential in developing your teaching style. As a mentor and a teacher to many, I have come to understand that information is only as valuable as it can be used, which is why I still consider myself a teacher in training. And I still take class regularly from many of the amazing teachers in our network.