Walk on The Wildside 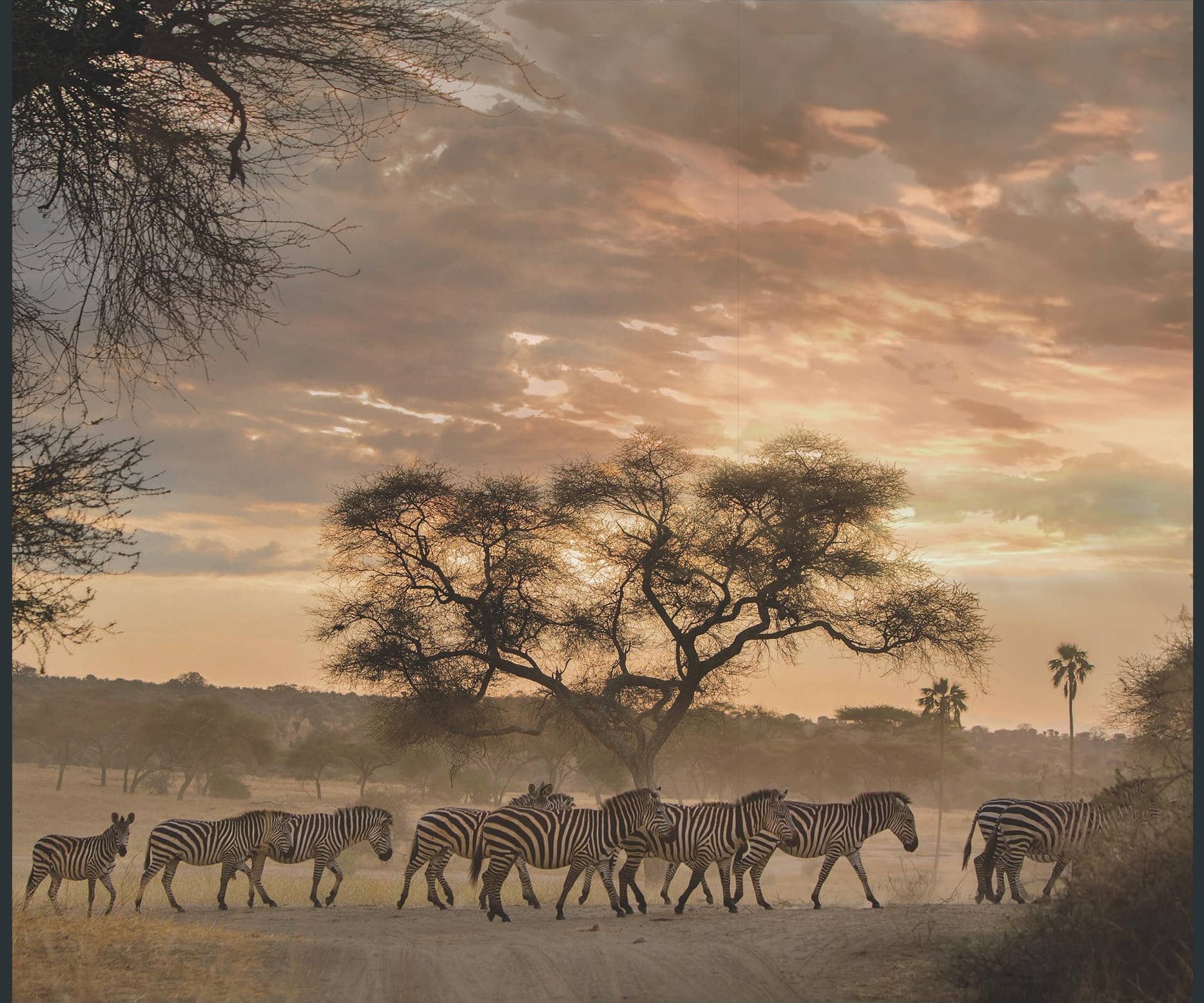 Most visitors to Africa experience its wildlife from the safety of a Land Rover. But on a walking safari, things get real fast.

THE FIRST THING WE NOTICED WERE THE vultures, about a dozen of them, perched on the flat top of a tall acacia tree. Every so often, two or three of the birds, white-feathered and ominous, would swoop down into the tall grass, remain out of sight for a few moments, and then return to their perch. “Something has definitely been killed,” Mark Thornton said. “Let’s go see what it is.” He paused a beat. “Of course, whatever killed it is still around here, too.”

We were deep in a swath of largely untouched wilderness in Serengeti National Park. The closest human was perhaps 75 miles away. Our plan was to set off on foot, but first Thornton, a veteran safari guide in Tanzania and one of the few guides in all of Africa to lead multiday walking tours of the bush, laid down some ground rules. “We walk single file, and we stay quiet,” he said. “That way we hear things.” He went on. “If a lion or a buffalo appears, do not run. You’ll be scared, but stay behind me and don’t move. As long as you don’t move, it’s a situation that can be handled.”

We left camp, heading in the direction of those vultures, maybe 300 yards away. Thornton, a 46-year-old American with floppy grayish hair and bright blue eyes, took the lead, cradling a Krieghoff double barrel .470 rifle, powerful enough to stop an elephant, across his chest. He was followed by a longtime colleague, a 60-something Nderobo man named Toroye, who wore the traditional sarong-like shuka and carried a bow and sheath of arrows. I fell in behind him, while a baby-faced park ranger brought up the rear, an AK-47 slung over his shoulder. (Tanzanian law requires a ranger to accompany all safaris, whether in a vehicle or on foot.)

We made our way over a rise, then crossed a muddy water hole. It was quiet except for the rustle of our footsteps and the whir of insects. As we neared the acacia, the vultures scattered, and we saw what had been keeping them so busy: a dead impala, its body curled like a question mark in the grass. The antelope’s eyes were gone, and its stomach had been ripped open.

Thornton and Toroye briefly conferred in Swahili. “A cheetah killed this,” Thornton told me. “Probably an hour or two ago.” He pointed at a trail of flattened grass. “He killed it, then dragged it over here.” Thornton then gestured toward a thick branch on the tree, pointing out some deep scratch marks on its trunk. “He probably wanted to get it up there,” he said. “But something spooked him.”

We stared at the carcass. Thornton and Toroye spoke in Swahili. I wondered where that cheetah might be.

“Let’s keep moving,” Thornton said. He led us over a game trail to a kopje, one of the small rocky outcroppings that dot the open Serengeti plain like islands. We walked until dusk. Back at camp, the other two members of Thornton’s crew had set up a makeshift kitchen—a metal grate over a wood fire—and soon we were sitting around a campfire, enjoying a dinner of fresh vegetables, lentils, and beef curry. 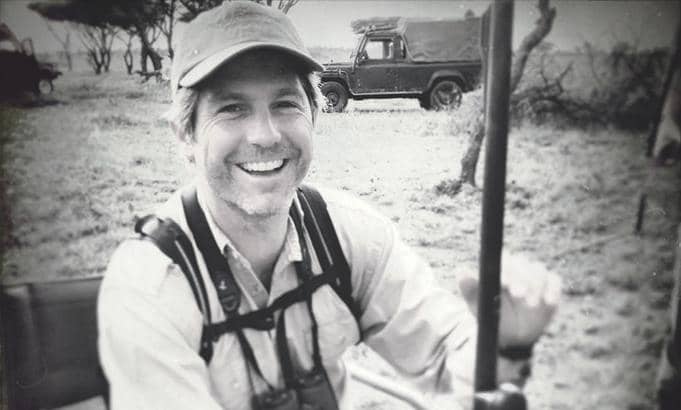 Later, as I prepared to head to my tent for the night, I asked Thornton something that had been bothering me: “What if, in the middle of the night, I have to take a leak?” Thornton assured me that cheetahs, lions, and the other wild animals in the bush have no interest in tents, vehicles, or most of the other items human beings bring into the wild. But step out of that truck or tent and it’s a different story. Suddenly you’re a threat—humans and animals, after all, have been at odds with one another on the Serengeti for 200,000 years. Thornton’s advice: “When you unzip your tent, shine your flashlight around. If you see any big eyes reflecting back at you...go back into your tent.”

Several hours later, I was awakened by an unusual sound: a low, guttural, and weirdly melancholy moan. Was that a lion? It sounded nothing like the proud roar that precedes an MGM movie. Still, it was powerful and rumbling. And it seemed uncomfortably close. They’re not interested in your tent; they’re not interested in your tent, I repeated to myself. Somehow, I fell back asleep.

The next morning, sipping coffee at the campfire, I asked Thornton about it. He’d heard the sound, too. Yes, he confirmed, it was a lion. He nodded toward a large rock about 20 feet from my tent: “It was probably right over there.” 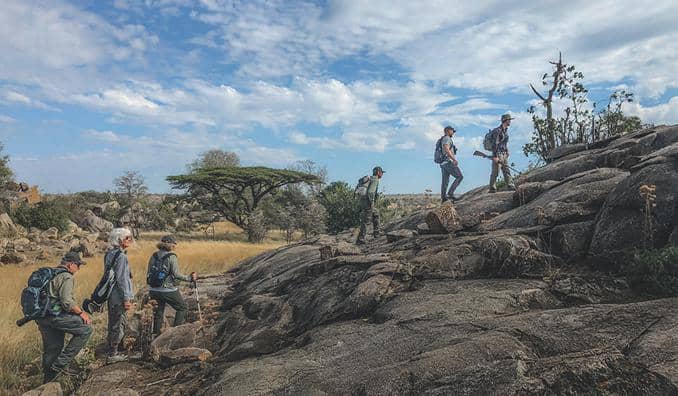 Mark Thornton. Below: Thornton, in front with a gun, leads group up a kopje.

I HAD FIRST MET THORNTON EARLY

the previous morning. He picked me up at my lodge in Arusha, the Tanzanian city that serves as the gateway to the Serengeti. It was my first trip to Africa, and I had no idea what to expect.

I certainly wasn’t expecting someone like Thornton, whose background hardly suggests “safari guide.” Rather than the woods or jungle, he grew up splitting his time between his mother on the Upper East Side of Manhattan and his father in East Texas. He first came to Tanzania in the early 1990s as a college student on a conservation project. After graduating, he landed a job setting up camps for a U.S.-based safari outfitter and stuck around, hopping from job to job, eventually getting a graduate degree in environmental management and working as a conservation consultant. In 2011, he published a spare and lyrical novel about a Tanzanian street kid called Kid Moses. On a whim, he sent it to his hero, the author and naturalist Peter Matthiesen, who was impressed enough to blurb the U.S. edition. “The prose is wonderfully quiet and controlled,” Matthiesen wrote. “Very good writing, indeed.”