The Elon Musk of Airplanes 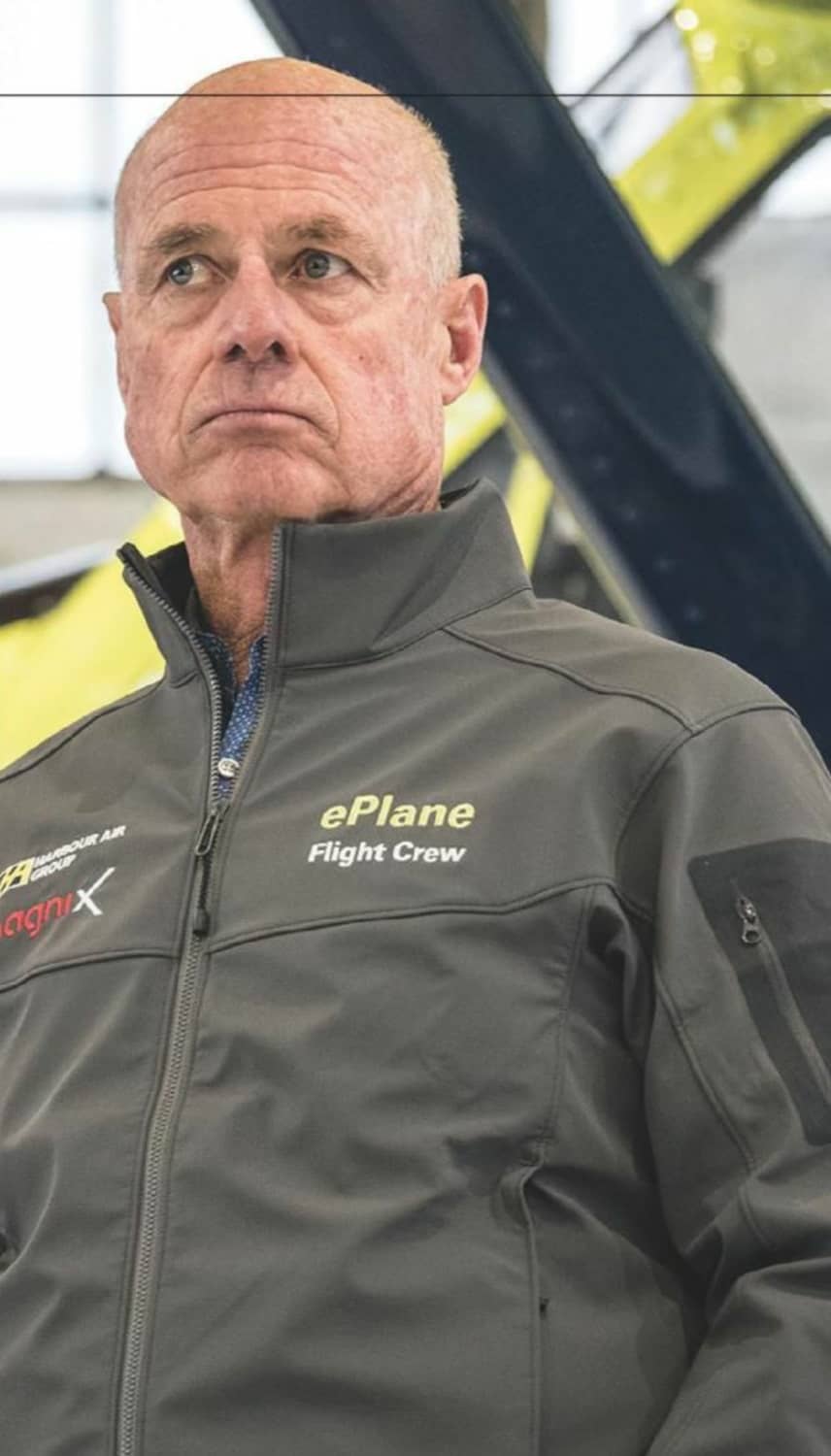 A British Columbian bush pilot is well on his way to owning the first all-electric airplane fleet—and he’s doing it with decades-old planes.

IT WAS cold on the morning of December 10, 2019, in Richmond, British Columbia, when 63-year-old pilot Greg McDougall took off in his 63-year-old floatplane and flew into history. As far as flights go, it was wholly unremarkable. McDougall, the CEO and founder of Harbour Air—the world’s largest seaplane airliner, based in Vancouver, Washington—was in the air for about 10 minutes. And the plane, a De Havilland DHC-2 Beaver, was constructed two years before Sputnik was shot into space. Its new paint job, however, hinted at its exceptionalness: bright blue and green, with technical-looking graphics on its nose.

“This is what the motor, batteries, and electrical wires look like,” McDougall explained before the flight, pointing at the schematic, which depicts a 750-horsepower (or 560 kW) electric propulsion system.

With a crowd gathered at the edge of the Fraser River, McDougall took off in the floatplane for its debut flight as potentially the world’s first all-electric commercial passenger aircraft, and from the get-go, it was clear something was different. With no internal combustion engine burning fuel, there was no exhaust and no deep piston rumble. The air was remarkably calm, and the emissions for the four-minute flight: zero. It wasn’t exactly a Wright Brothers moment, but in the morning air, it must have felt something like the first flight in Kitty Hawk: quietly revolutionary.

“TECHNOLOGY WILL SAVE US,” McDougall is fond of saying. He first told me this when I met him in an airport hangar two weeks earlier. Around us, technicians and mechanics were working on a variety of floatplanes in various states of disassembly. At the center of it was the De Havilland with its electric motor. With roughly 170 other electric-flight projects underway around the globe, Harbour Air pulled ahead of the others by introducing perhaps the most novel concept out there: simply electrifying an old, dependable plane.