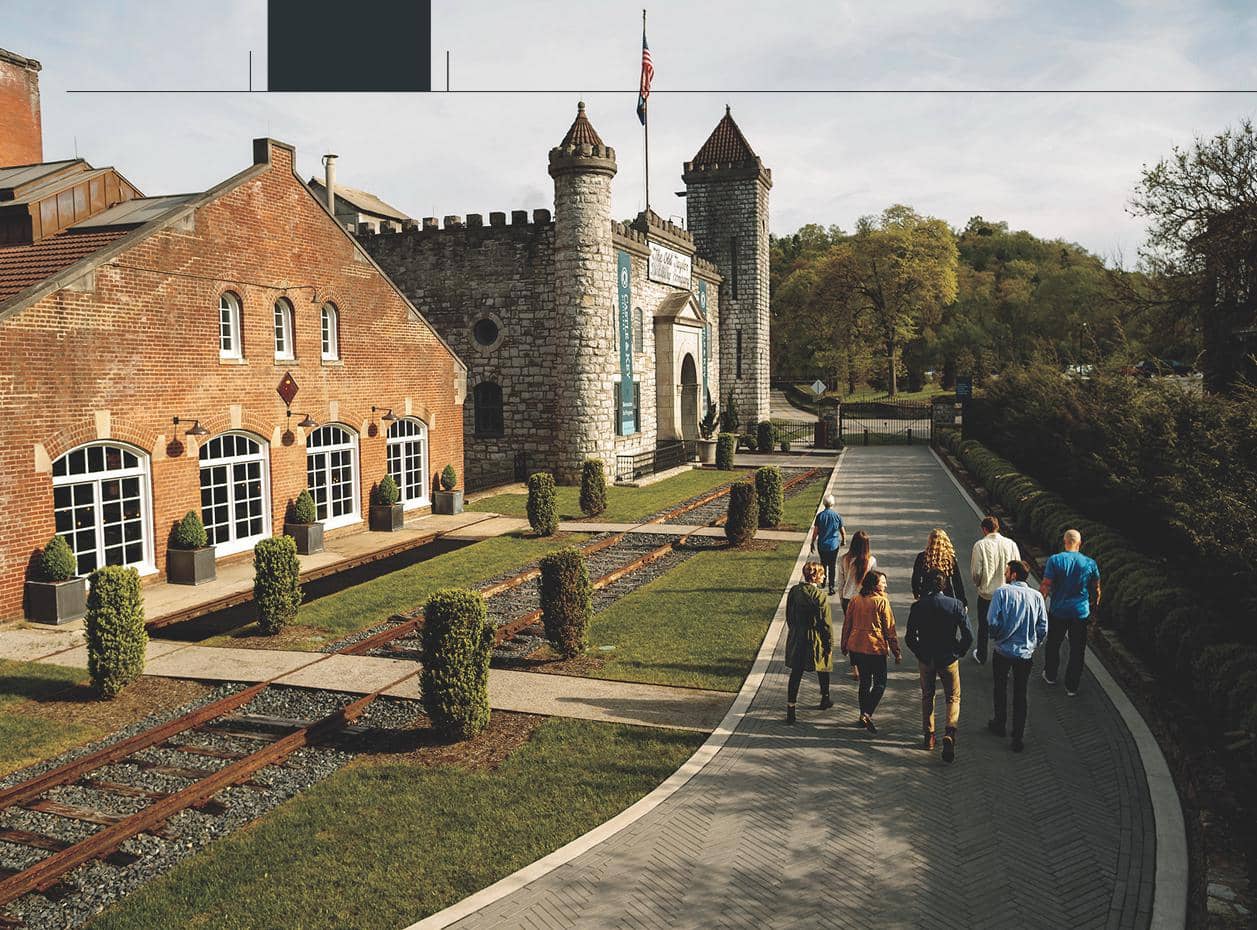 Kentucky’s two largest cities, Louisville and Lexington, are renowned for their booze. But a road trip between the two proves that spirits are just a starting place.

THE LOUISVILLE-Lexington rivalry is fierce, both on the basketball court and off. Just 70 miles apart, Kentucky’s two largest cities differ as much as the landscapes that define them. Lexington, the smaller and slower-paced of the two, sits among the gently sloping hills of horse country, while Louisville—bigger, grittier, and altogether more urban—is perched on the banks of the powerful Ohio River. The great unifier is bourbon. Both cities boast vibrant dining scenes, buoyed by local booze. Taken together, the cities showcase the best of the Bluegrass State. Here’s how to pull off a top-shelf Kentucky weekend.

DAY 1 A DAY AT THE RACES

Some of the nation’s most idyllic countryside surrounds downtown Lexington, but the city itself is a gem. For easy walking access to top in-town attractions, including the historic Gratz Park neighborhood, start your weekend at 21c Lexington. Opened in 2016, inside a stately former bank, the 88-room boutique hotel doubles as an art museum.

Though the Kentucky Derby is held in Louisville, Lexington is arguably the bigger horse town, in no small part thanks to Keeneland Race Course, just a short drive from downtown. Encircled by world-class horse farms, the storied 84-year-old track begins its 16-day Spring Race Meet on April 2, affording a preview of the year’s top Derby contenders. Grandstand seating goes for just $10 a person. If the horses aren’t running, the Keeneland grounds still warrant a visit. Over breakfast at the Track Kitchen (open daily), you can eavesdrop on jockeys and owners while scarfing down biscuits and gravy.

After Keeneland, swing by Wallace Station Deli and Bakery, in Versailles. It’s run by chef Ouita Michel, the queen of central Kentucky cuisine and an early champion of the local slow-food movement. An Inside Out Hot Brown is a must; the sandwich is stacked high with turkey and bacon, smothered in Mornay, and broiled until the sauce bubbles and browns.