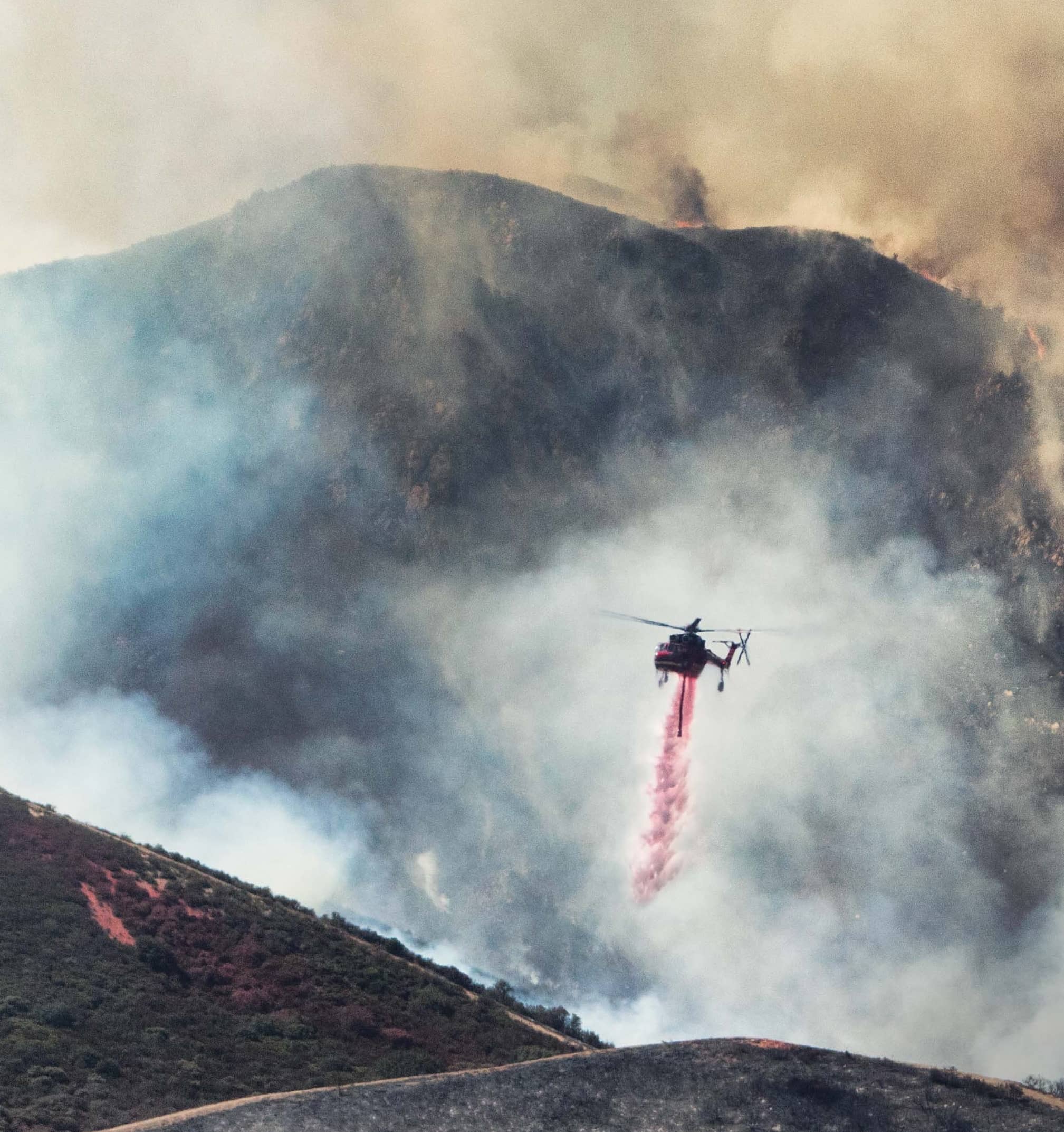 Trained to hold their nerve amid towering infernos and sweltering heat, the Hotshot Crews are America’s first line of defence against some of the world’s most destructive and deadly forest fires. What does it take to charge into the blaze against all of your instincts? MH signed up to find out

Along the California-Oregon border, photojournalist Aaron Colussi was on his first ride-along as a guest of the Roosevelt Hotshots, who had been called away from their usual base at Fort Collins, Colorado. Their objective was to drive around the edges of the fire, close enough to feel the heat prickling the hairs on their arms, to formulate a plan for fighting back against this apocalyptic force of nature.

The fir trees native to the US west coast are highly combustible. A flame licking at a fir’s roots will engulf the entire tree in seconds. As his first experience of what these firefighters face, it was, says Colussi, “intense” – even if the crew seemed curiously unrattled. “I read [the situation] from the crew’s facial expressions,” he says. “If they looked nervous, I became nervous. If they weren’t, I’d assume things were fine. If we were 10m away from a 35m fire and no one was nervous, I’d have to accept it. It’s just something that happens in the world of firefighting.”

That ride-along was in 2014. Since then, Colussi has watched the situation deteriorate. Last year, 8.8 million acres of forest burned across the US, devastating woodland, homes and lives and resulting in at least 85 recorded deaths, along with $3.5bn of damage. One of the blazes, dubbed the “Camp Fire”, was declared the most destructive in California’s history, burning up a football-pitch-sized area of land every second. In Los Angeles, the Woolsey Fire destroyed 96,949 acres, including a number of celebrity homes. (Photos from this time show exhausted service members, their clothes stained with soot, resting on the floor of a luxe garden patio in Westlake Village.) It was a reckoning of biblical proportions.

This year threatens more of the same. Climate change has intensified California’s droughts, causing “fire season” to extend outside of its usual confines of late summer and autumn. But it’s a nationwide problem. Across the US, the number of men and women fighting the flames is estimated at 25,000.

Colussi’s interest in the Hotshot Crews began when he moved from New York City to Colorado. As his plane approached Denver International Airport, he and his fellow passengers gazed in stunned silence at the red and black landscape below: the burning ridges of the Rocky Mountain National Park. As he settled into his new home, Colussi witnessed the near continual destruction of the surrounding woodland. After watching the same firefighters riding up the trails to battle the flames, day after day, Colussi decided their story should be told and petitioned the US Forest Service for permission to accompany the elite Roosevelt Hotshots. 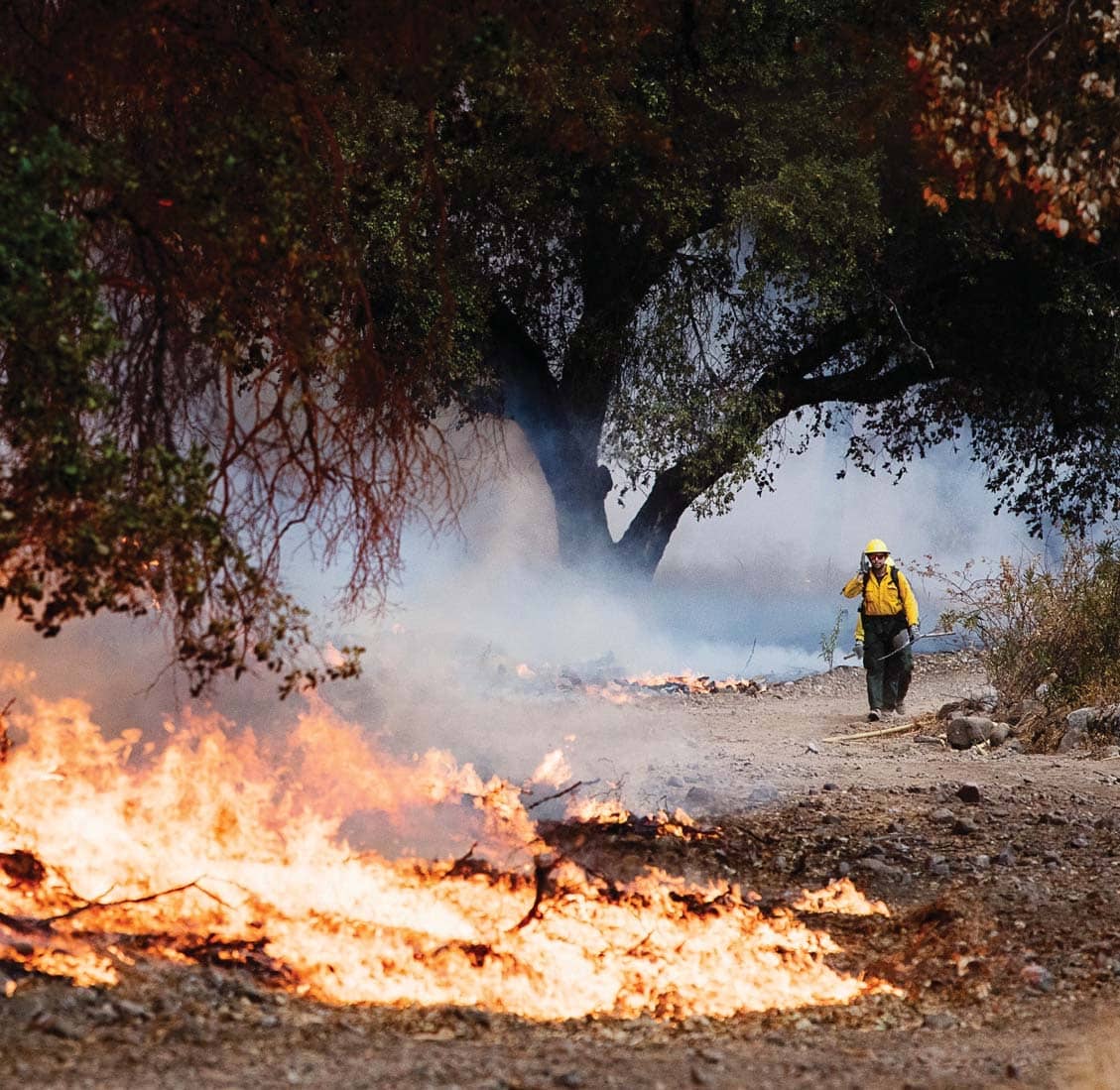 A TEST OF METTLE