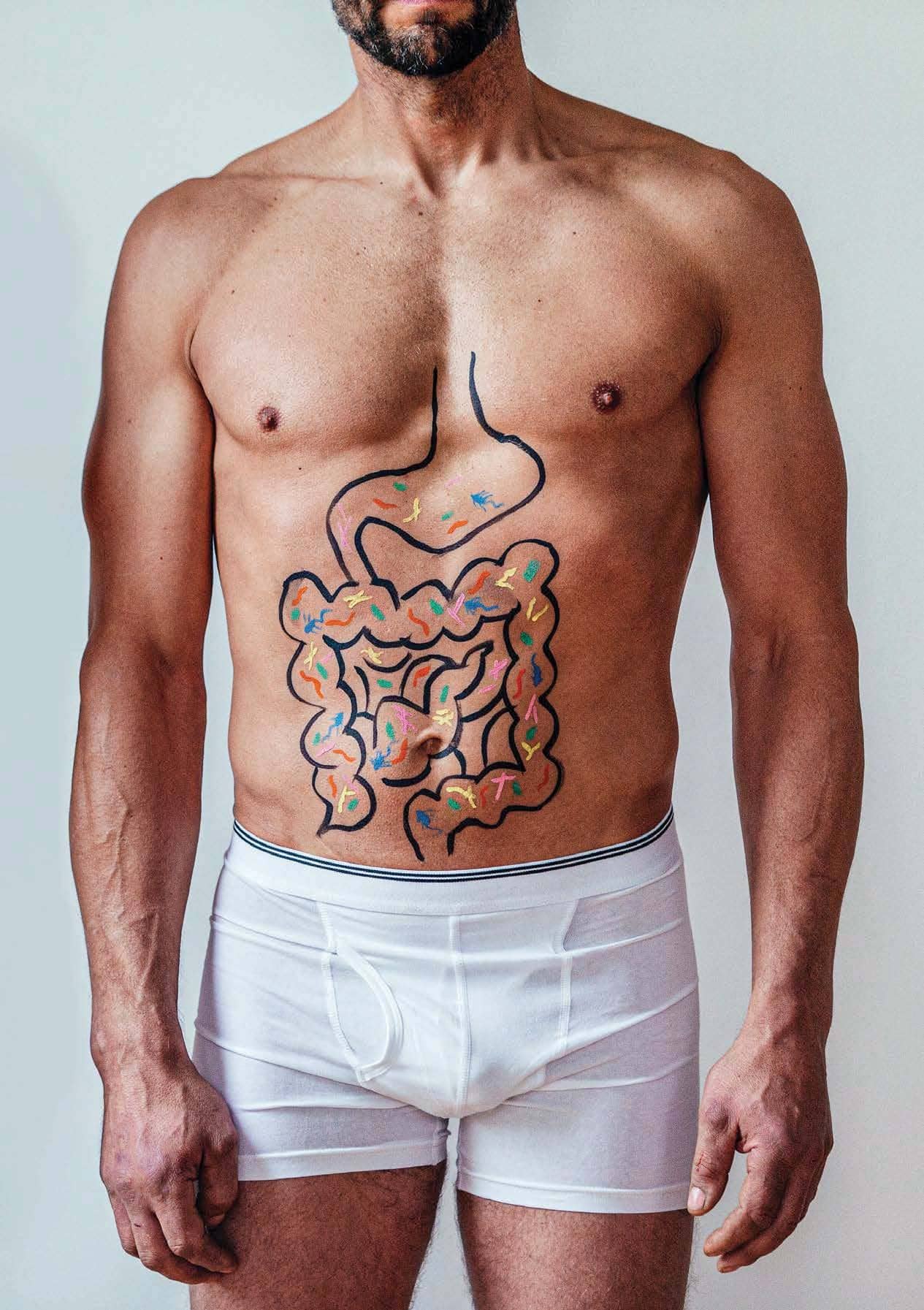 We’ve known for a long time that the way we feel affects our guts. Just think about the last time you had a job interview or another situation that made you nervous or anxious. Most likely, you will have felt nauseous, experienced butterflies or suffered a stomach ache.

That’s because the brain and gastrointestinal system are intimately connected via the ‘gut-brain axis’ – a fancy term for the communication network that links the pair. A two-way street, the brain is able to send signals to the gut and vice versa.

Now, it’s emerging that the ecosystem of bacteria and microbes that live in your digestive tract – known as the gut microbiome – could impact the way you think and feel. Although the gut might not be the first place you think of when it comes to mental health, it may well have a profound influence over your sense of wellbeing.

“What we know is that the gut-brain axis is an area that only recently started getting traction,” says Professor Jeroen Raes, a microbiologist at the University of Leuven and the Flanders Institute for Biotechnology.

“We know that in a great number of mental illnesses – and we’re looking as broad as Alzheimer’s and Parkinson’s disease, to depression and anxiety – we see studies appearing where the gut microbiota (micro-organisms) are disturbed or altered in patients.”

Earlier this year, Professor Raes and his team published research that found people with depression had consistently low levels of certain bacteria whether they took antidepressants or not. The researchers drew on medical tests and GP records to look for links between depression, quality of life and microbes lurking in the faeces of more than 1,000 people.

They found that two kinds of bugs, Faecalibacterium and Coprococcus, were both more common in people who claimed to enjoy a high mental quality of life. Meanwhile, those with depression had lower than average levels of the bacteria species Coprococcus and Dialister.

Although scientists have studied schizophrenia for many years, it was only recently that a possible connection between the disorder and gut bacteria came under scrutiny. In a study published earlier this year, researchers in China and the US found that patients with schizophrenia had a less diverse microbiome than patients without the condition – and that the microbiomes from schizophrenic patients also had unique kinds of bacteria.