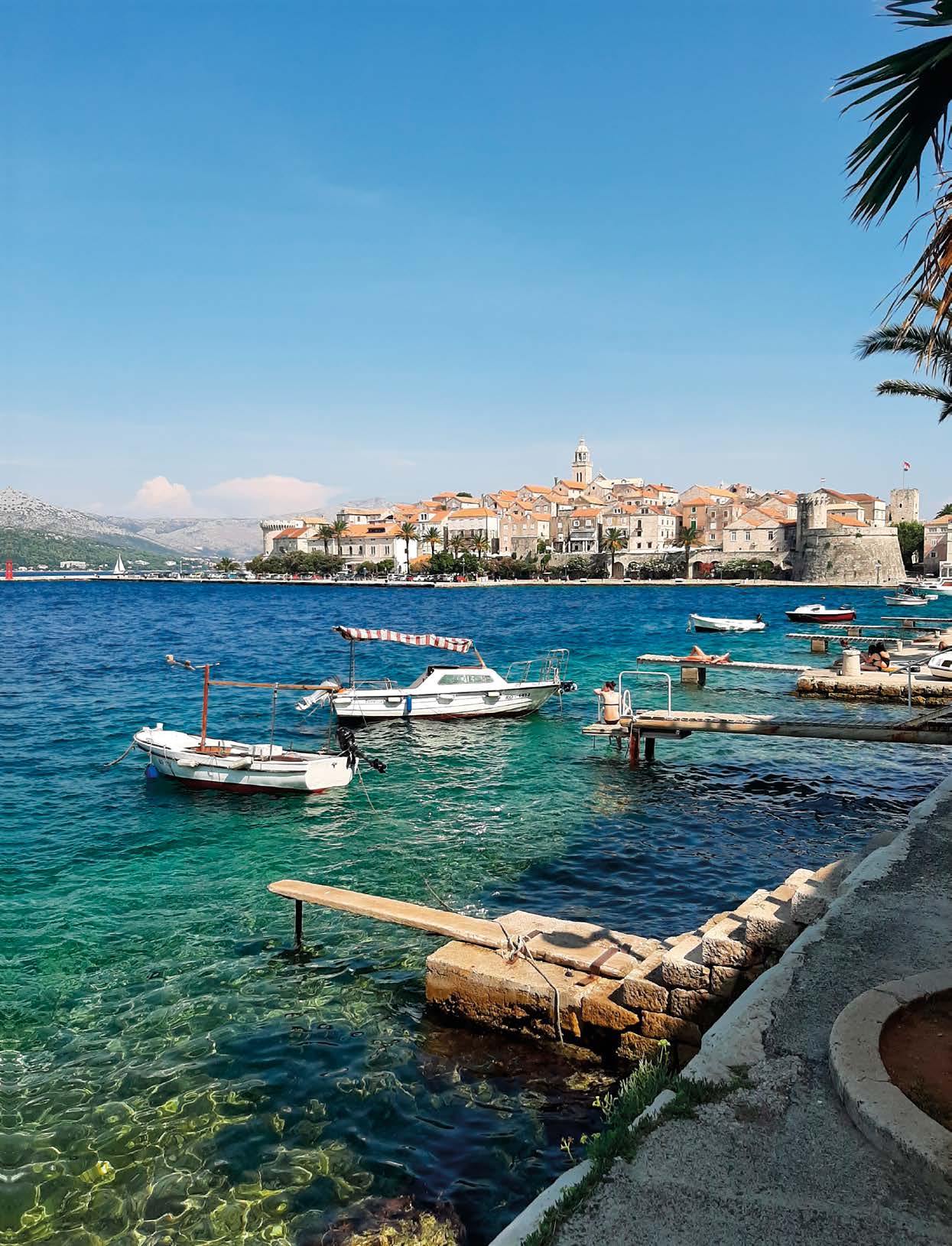 Culture, history, crystal-clear waters and dragon memorabilia: Croatia’s coastline ticks all the boxes, whether you’re a Game of Thrones fan or not.

It's going to be superhot in August,’ I said to my mom, Jean. We were planning a trip overseas, and after much deliberation (on my part; her contribution was, ‘You decide. I’m just tagging along’) we had settled on Croatia. (And later, Venice, but more on that next month.) I had been there once before, so I knew that it was beautiful, sunny and relatively affordable on the rand.

‘I don’t care,’ she said. ‘I want to swim in the Adriatic.’ She had me there. The last time I’d been was during May and the water was still on the nippy side. Not Llandudno nippy, but still flinch-as-you-go-in nippy. We settled on Dubrovnik, Croatia’s most picturesque city, and one of the South Dalmatian islands nearby. And we booked our flights for late August, despite website after website warning that August temperatures were stiflingly hot.

It was, in fact, boiling. But we managed, thanks to a routine of getting our sightseeing in early, regular swims, late dinners and copious amounts of gelato. We also spent quite a bit of time lying in our air-conditioned room around midday, sipping wine and eating Pringles. Which doesn’t exactly make us sound like cool, seasoned jetsetters, but there you have it.

The one thing I hadn’t taken into account were Dubrovnik’s stairs. Dear Lord, the stairs. Regardless of where you book your accommodation, you’ll be climbing some stairs. So travel light, because you’ll be lugging that suitcase up a flight or three at some point. By the time we arrived at our Airbnb on day one I was pink-cheeked and panting, having heaved ‘the coffin’ (as my mom dubbed it) up and down multiple flights in the summer heat. (Our host’s directions had been unclear, to say the least, which didn’t help.)

Dubrovnik is considered the pearl of the Adriatic, Croatia’s most popular tourist destination. It was also one of the main filming locations of Game of Thrones; (you may recognise it as King’s Landing, the Westeros capital) and the souvenir shops are still cashing in on that big time; there are dedicated Game of Thrones shops around every corner, selling everything from dragon-adorned goblets and figurines to caps, mugs and T-shirts sporting quotes from the show. (‘I drink and I know things’; ‘You know nothing, Jon Snow’; and ‘Valar morghulis’ are the most popular.) I also saw a girl with long icy blonde hair sporting a tee emblazoned with the words ‘WHERE ARE MY DRAGONS?’ on it. That level of dedication deserves a mention, right?

Superfans can even go on a GOT tour, where locals take you around the city and point out the spots where famous scenes were shot. It was also a film location for parts of Star Wars: The Last Jedi, the most recent Robin Hood flick starring Jamie Foxx and Jamie Dornan, and the 25th James Bond film.