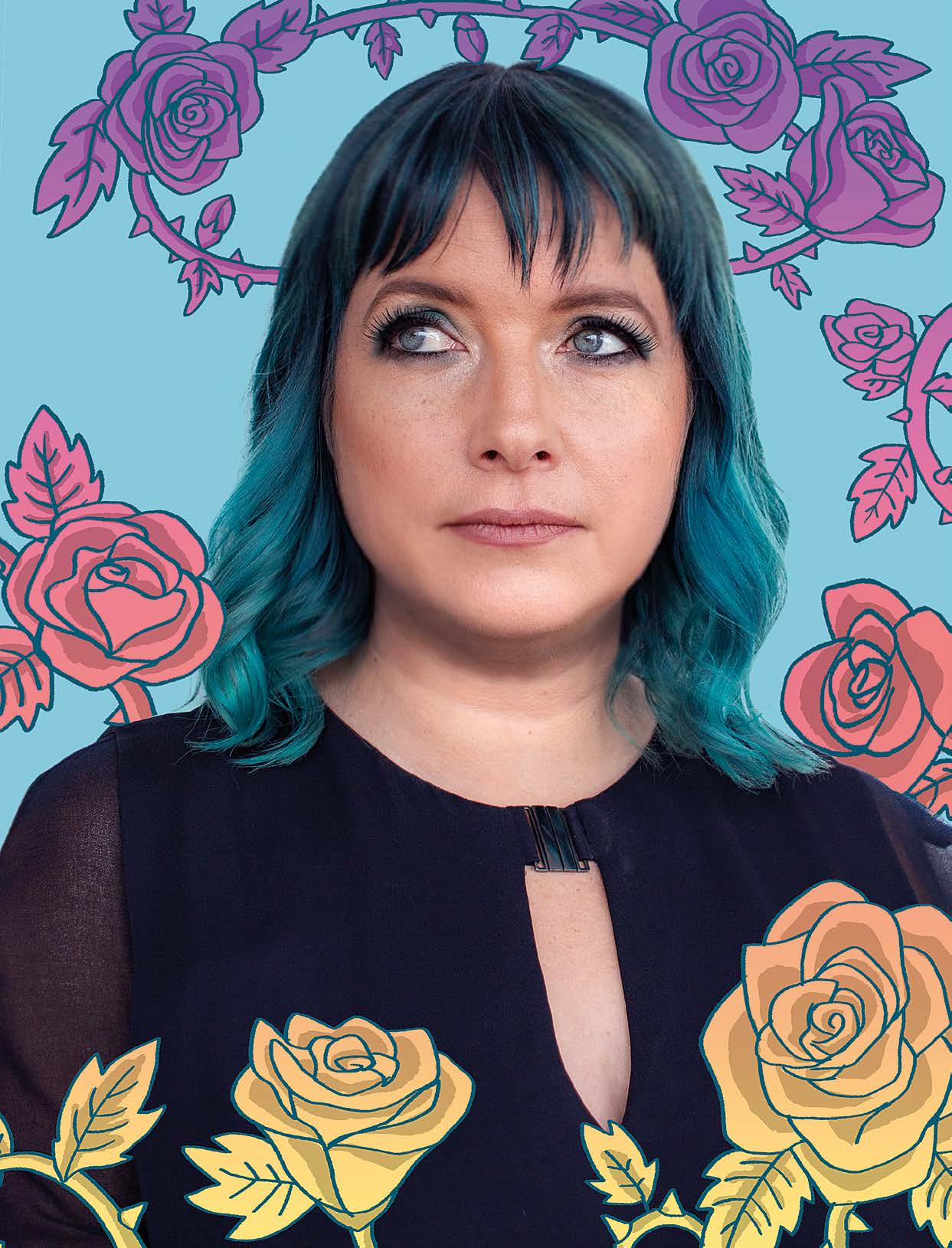 What would a world without men look like? That’s the question Lauren Beukes asks in her new novel, Afterland. She chatted to us about bad timing, road tripping through the USA and how she’s coping during the Covid-19 quarantine.

Comic-book writer, documentarian, screenwriter and author Lauren Beukes is probably best known for her critically acclaimed international bestsellers Broken Monsters and The Shining Girls. Both these novels took readers into the mind of a serial killer, with a good dose of the fantastical. But for her new book, Afterland, she took a break from the whole murder thing. ‘You know what? I was tired of death, so I just decided to kill 3,5 billion people instead,’ she says with a laugh.

Described as a high-concept feminist dystopian thriller, Afterland imagines a world where 99% of the male population has been wiped out by a virus. Cole and her son, Miles, who is disguised as a young girl, are on the run across a very changed America, trying to find their way back home to South Africa. The nefarious parties after them include the Department of Men and the neon nuns of the Church of All Sorrows.

President Ramaphosa had just announced that the lockdown would be extended until the end of April when Lauren and I chat over Zoom. It’s safe to say things are stressful at the moment. ‘I bought 12 bags of spaghetti, which even I think may have been overkill,’ she says.

You may think it a bit risky to launch a book that deals with a pandemic during a pandemic, and Lauren couldn’t agree more. ‘Gah, the timing,’ she says. ‘It’s taken me years and years to write and it comes out in the middle of a global pandemic.’

She’d spent so much time living in that imagined world that she remembers thinking, ‘Thank goodness I don’t have to think about that any more’ – then the pandemic hit. ‘It’s a very strange and quite unsettling thing to now live through something like it,’ she says. But although Afterland features a virus, it isn’t a depressing read. ‘It’s a literary pulpy adventure that just happens to take place in a post-pandemic world.’

I’ve read the book, and I can assure you it’s not actually about a pandemic. ‘It’s a classic road chase novel, but in a way that we haven’t necessarily seen before – with two women,’ says Lauren.

‘There seems to be this idea that a world of women would be soft and gentle – we’re going to make friendship bracelets and all live on communal farms. There is some of that, but the power structures and problems of the world are still there.’ The world in Afterland may be short on men, but it is definitely not short on bad ‘guys’. And the worst of them all is Cole’s own sister, Billie. ‘She’s just a jerk,’ says Lauren.