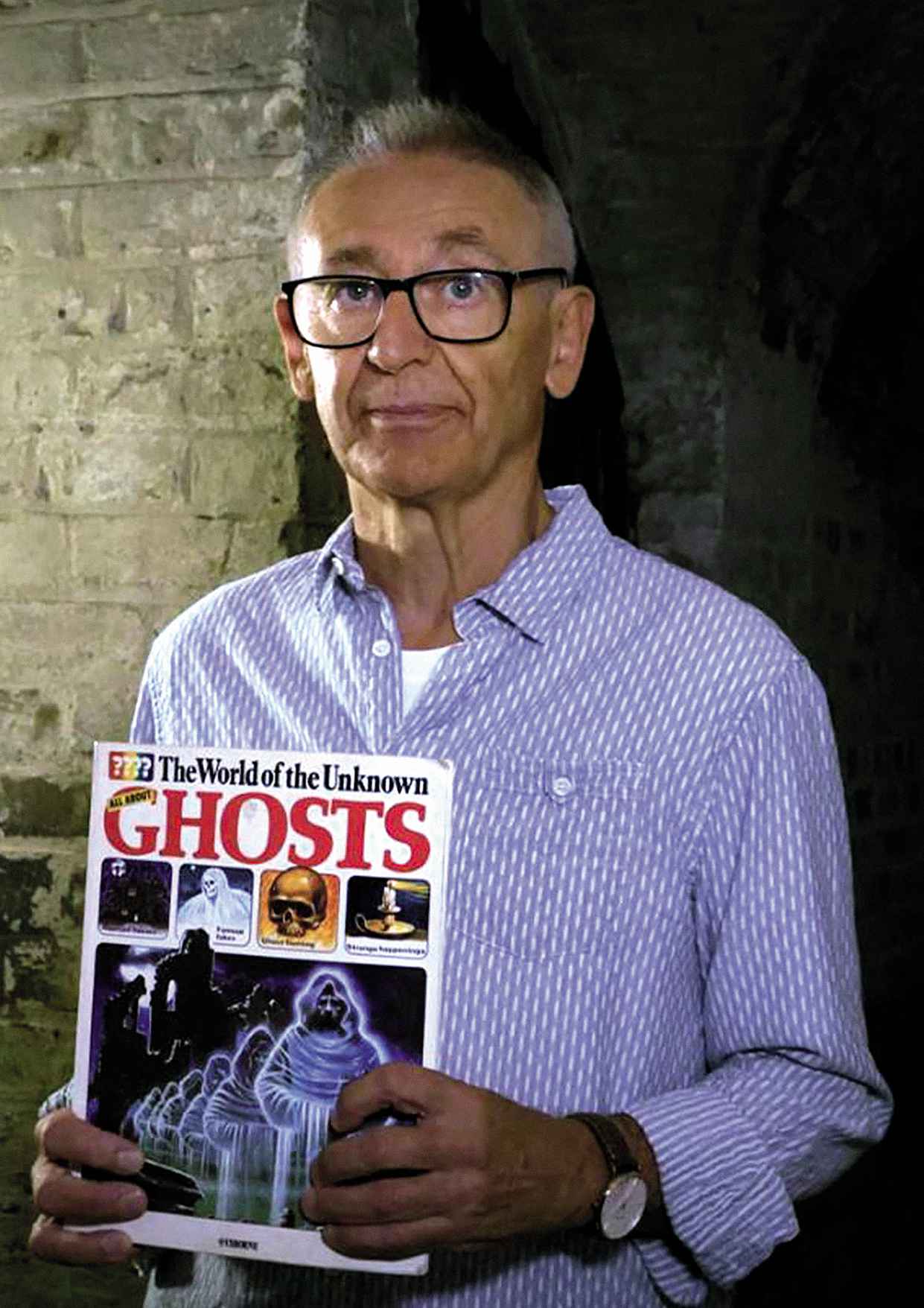 In 1977, Usborne published World of the Unknown: Ghosts, the children’s book that inspired a generation of junior forteans. Four decades on, following a concerted fan campaign, the book is back in print... and the perpetually haunted BOB FISCHER tracked down its pleasantly surprised writer, Christopher Maynard, to discuss its genesis and unexpected impact.

The man responsible for some of my more potent childhood nightmares is sitting opposite me at a picnic table in Old Spitalfields Market, basking in the syrupy east London sunshine of a late summer’s afternoon and – quite frankly – he’s at it again.

“You can feel them, sense them, almost taste the fear they engender, but see them? Never! I’ve heard tell that you would drop dead if you ever saw one face to face. Though I take that with a pinch of salt.”

Forty years on, the architect of my 1970s night terrors is proving to be brilliant, engaging, and very funny company.

In 1977, Chris poured this fascination with the ghost stories of his Canadian childhood – told in hushed tones around the crackling fires of woodland summer camps – into a book that became a ubiquitous, and thrilling, mainstay of every British school library for years to follow. Ghosts was one of the earliest successes of the nascent Usborne Publishing house, one third of a trio of books issued under the umbrella title The World of the Unknown... the others being, inevitably, Monsters and UFOs. Its 32 pages are packed with tales of ancient hauntings, outlandish folklore and indispensable practical advice for primary school-age children with a healthy curiosity about what lies beyond the veil. Lovingly and vividly illustrated, it strikes a perfect balance between comic-book dynamism and factual reportage, all seemingly custom-designed to fire the imaginations of a generation of youngsters whose formative years had already been delightfully tainted by an upsurge of interest in all things supernatural. This, remember, was the decade of Rentaghost; of Hammer, Amicus and Tigon films; of Horror Top Trumps and Shiver and Shake comics.

“Peter Usborne, the owner of the company, would be sitting in the bath,” laughs Chris, “and he would think ‘Let’s do something on dinosaurs. Fossils and dinosaurs… and then we’ll do something on the Ice Age and we’ll bundle it up.’ And somewhere along the way, the idea of folklore came up… which is why Ghosts was bundled with Monsters, which was bundled with UFOs. He would have just come in and tossed it onto the pile, and the editorial teams would have picked it up and said ‘Yeah, we’ll take that one.’ And that was it, that was the brief.”

So was it something that Chris actually pitched to write?

“I really can’t remember! Most likely what happened was that somebody would have come in and said, ‘Chris, these are the books we’re thinking of doing over the next year, which ones do you fancy running with?’ And I’d say ‘Yeah, I’ll do the Ghosts one... that’ll be a lot more fun.’ It just struck me as something that I could have a shot at. It struck a funny bone.” “UFOs,” he confides, bashfully, “are not my cup of tea.”

I was around seven years old when I first discovered the book, nestling in a shadowy corner of Levendale Primary School’s modest library, somewhere between Willard Price’s Safari Adventure, a well-thumbed haul of Target’s Doctor Who novelisations, and a dusty, shamefully-neglected collection of the Children’s Britannica. I can still remember the head-freezing pall of terror that enveloped me upon my first glimpse of a randomly opened page; the collection of “Mystery Photographs” that swam back and forth through my nightmares for months to follow. 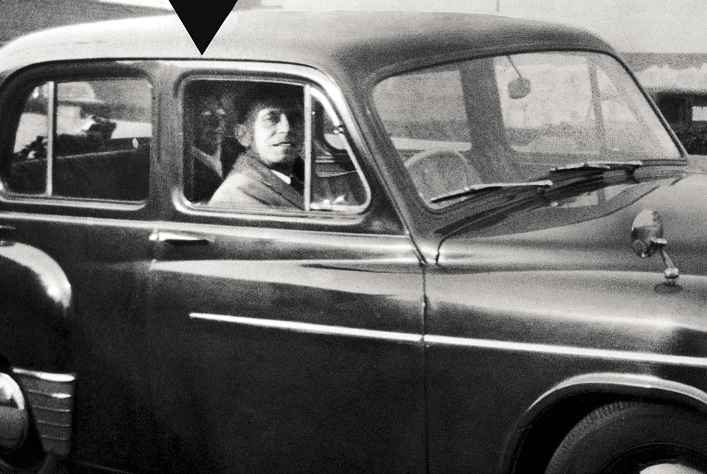 There was the glowing, spectral figure of a woman in a flowing, formal gown, descending the stairs of Raynham Hall in Norfolk, captured on camera in 1936. There was the grinning driver of a 1950s Hillman Minx, entirely oblivious to the spirit of his recently-deceased mother-in-law, sitting expectantly on the back seat behind him. And – most chilling of all – there was the translucent figure of a spectral monk beside an elaborate altar, “taken in the early 1960s by the vicar of a church in England”. The hollow eyes of this latter apparition, two ragged holes cut into a white death shroud, seemed to bore into the very fibre of my being. I was convinced that my inadvertent eye contact with this terrifying spirit had, effectively, alerted the agents of the paranormal to my existence, and that a parade of malevolent ghosts, spectres and poltergeists, headed by the towering, black-robed monk himself, would be gliding silently up the stairs to claim me in my sleep that very evening. As Chris’s text solemnly declares: “All three of these pictures are considered by experts to be genuine.” 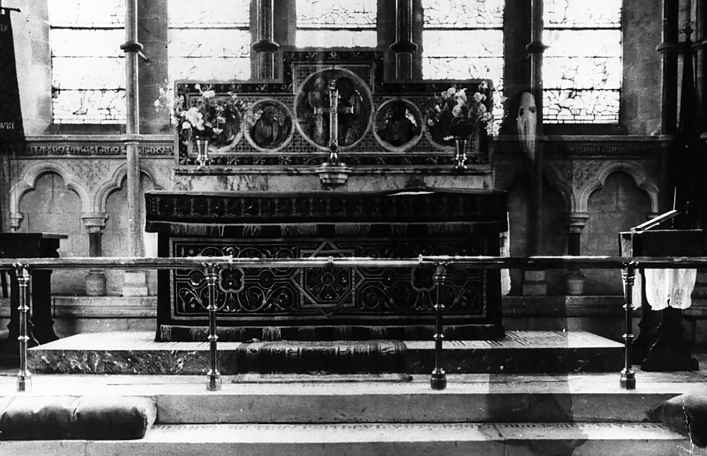 If the experts were convinced, then so was I.