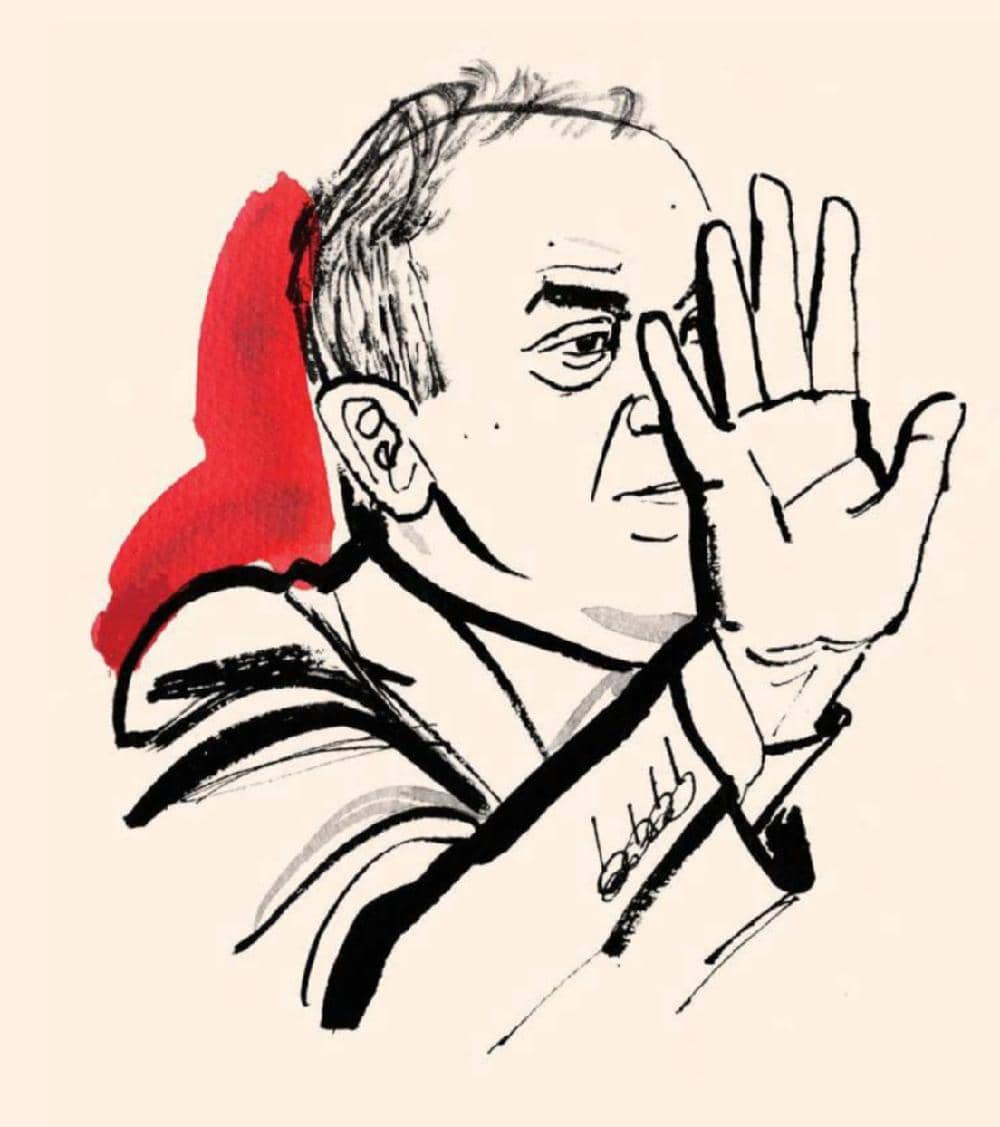 An Italian prosecutor takes on his country’s most powerful crime syndicate.

The airport at Lamezia Terme, Calabria, in the toe of Italy’s boot, was built in the 1970s and has not aged well. The cement facade is punctuated by rows of round windows that resemble oversize portholes. The parking lot is poorly paved. Beyond it rises an unfinished concrete tower, open to the elements and covered on one side by an advertisement for amaro.

I was there one day last year to meet Nicola Gratteri, the chief prosecutor for nearby Catanzaro, a small city high in the hills of central Calabria. Gratteri has dedicated the past three decades of his life to fighting a Calabriabased organization known as the ’Ndrangheta—the richest, most powerful, and most secretive criminal group in Italy today. (Pronounced en-drahn-get-ta, the word essentially means “man of honor”; it is believed to be derived from the Greek andragathía, or “heroism.”)

Sicily’s Cosa Nostra has been romanticized by the Godfather movies. The Neapolitan Camorra has become widely known through the film and TV series Gomorrah. But the ’Ndrangheta, the least telegenic and most publicityshy of Italy’s Mafias, is the most aggressive.

The ’Ndrangheta’s tentacles extend to Italy’s wealthy north, where the organization thrives on skimming offstate contracts, especially in construction, and to 31 other countries worldwide— to much of Europe, to the United States and Canada, to Colombia, to Australia. Outside Italy, the city with the most ’Ndran gheta outposts is Toronto. The ’Ndrangheta is on excellent terms with criminal affiliates in Latin America, from which it imports vast amounts of cocaine. The group is said to control more than half the cocaine market in Europe. And it has not wasted the opportunities created by the COVID-19 pandemic. Tens of thousands of small businesses throughout Italy suddenly found themselves on the ropes, without revenue or access to credit. For some, the ’Ndrangheta and other criminal groups stepped in with assistance. They also provided envelopes of cash for the unemployed. Call it an investment. As the Financial Times reported, the organization has also skimmed off public-health funds in Calabria, with disastrous consequences for the region’s health-care system.

Gratteri’s focus on the group has been unwavering. He helped mastermind a 2014 sting operation, code-named “New Bridge,” in which the FBI and Italian agents disrupted a major ’Ndrangheta drug ring operating on three continents. Authorities seized 1,000 pounds of pure cocaine. In December 2019, in a move coordinated by Gratteri, Italian police rounded up 334 people— lawyers, businesspeople, accountants, a police chief, the president of the Calabrian mayors’ association, and a former member of the Italian Parliament— on charges related to ’Ndrangheta activity, including murder and extortion. The formal legal process against these individuals and others—more than 470 people all told—is under way. A “maxi-trial” will eventually move from Rome to a large courthouse being prepared for the occasion in Calabria in order to accommodate all the defendants and their lawyers.

I was standing outside the airport when Gratteri sped up in a station wagon, trailed by an escort of plainclothes officers. They wore jeans and sneakers, and carried leather bags that I assumed held guns. Gratteri got out of the car and walked quickly toward me, taking hold of my suitcase and handing it to one of the officers. As we drove off, I asked him if this was an armored car—the door had seemed unusually heavy. With a flicker of a smile, he said, “Yes, of course.” After the arrests in December, the government provided him with an even more heavily armored vehicle than the one he had been using. A lot of people want Nicola Gratteri dead.

THE GROUP IS SAID TO CONTROL MORE THAN HALF THE COCAINE MARKET IN EUROPE. AND IT HAS NOT WASTED THE OPPORTUNITIES CREATED BY THE PANDEMIC.

GRATTERI WAS BORN in 1958 in the small Calabrian town of Gerace, not far from areas saturated, then and now, with ’Ndran ghetisti. He was the third of five children. His father, who had a fifth-grade education, ran a small grocery store; his mother, who had a third-grade education, cared for the home and family. As a boy, Gratteri was well aware that something was deeply wrong with his corner of the world. Once, hitchhiking to school, he passed a dead body lying by the road.

Gratteri is slight, with inscrutable eyes, and he sometimes shuffles when he walks. On the highway, he drove extremely fast—even in the long, dark tunnels that poke through the Calabrian hills; even on roads that suddenly narrowed from four lanes to two. We were heading for Rome, 360 miles to the north, where he had a round of meetings. He could have flown, but he loves to drive; he says it gives him a rare sense of freedom. And the drive offered a good opportunity to talk. I told Gratteri that I imagined he knew which ’Ndrangheta or Camorra clan ran every stretch of roadway along our route, and he gave a little nod.