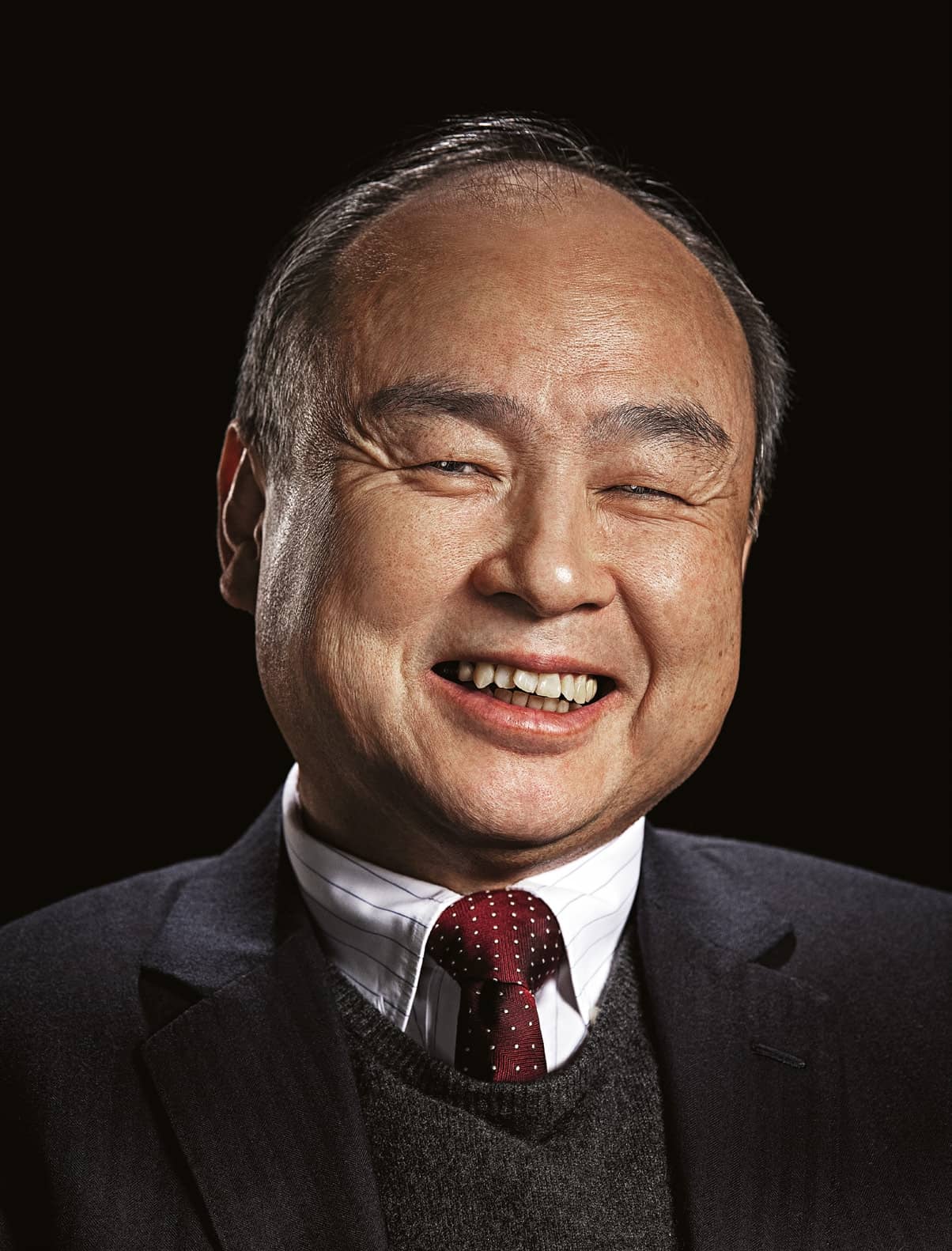 Between the WeWork debacle and the coronavirus, the markets have deemed his $100 billion Vision Fund largely worthless. But the world’s most important investor over the past three years, Softbank’s Masayoshi Son, has other assets, a track record—and a plan.

With a flurry of slammed black SUV doors, SoftBank founder Masayoshi Son and his entourage duck into the hush-hush private space within America’s top seafood restaurant, Le Bernardin, the Japanese billionaire easy to mark by the metallic-gray Uniqlo down jacket he wears over his suit.

The man known simply as Masa has gathered around twenty of the world’s largest asset managers in Midtown Manhattan on this day in early March. He hands over a colorful tote bag he’s using instead of a briefcase and assumes the empty chair at the dead center of one side of a large three-sided table. The day before, he’d spoken to a larger group of investors, but he’s billing this morning as an exclusive “Pre-IPO Summit,” and he’s drawn a multitrillion-dollar audience, including BlackRock’s Larry Fink, who sits next to him.

Easier said than done. SoftBank’s $100 billion Vision Fund is surely the most-scrutinized in the world, and for good reason. Over the past three years, Masa has made a dizzying number of huge, bold bets—88, to be precise—at huge, bold valuations. Things haven’t gone exactly as planned. First, there was Uber, which the Vision Fund backed late, leaving it hundreds of millions underwater. And then WeWork, into which SoftBank has pumped more than $10 billion since 2017, and which cratered since it withdrew its much-maligned IPO plan following the sloppy exit of its self-centered, self-dealing founder, Adam Neumann. A “tough time,” Masa concedes to the group. The previous day, he had given a longer explanation to Forbes privately: “We paid too much valuation for WeWork, and we did too much believe in the entrepreneur. But I think even with WeWork, we’re now confident that we put in new management, a new plan, and we’re going to turn it around and make a decent return.”

To try to pivot, Masa invokes the past. Specifically, his career-clinching deal and SoftBank’s crown jewel, the $20 million check he wrote into Chinese marketplace Alibaba—now valued at more than $120 billion. “Alibaba the first 10 years had almost zero revenue,” Son tells them. “But once it started generating, it popped up dramatically.”

To buttress that point, he trots out nine of his portfolio companies for a 20-minute presentation from each. “The companies today have an initial move ahead of everyone else,” Son says. “It’s the beginning. I want you to see and to feel what is going to happen.” There are indeed some dandies there, including TikTok owner ByteDance and Korean e-commerce leader Coupang.

But the elephant in the room isn’t actually in the room—it’s early March, and Coupang is presenting remotely because of the coronavirus outbreak in Asia. The power table, Masa included, seems naively unprepared for the pandemic about to strike. Masa’s prediction about WeWork already looks absurdly wrong—judging by WeWork’s debt prices, SoftBank’s stake there appears to be heading toward zero, or dimes on the dollar in the best case. The Vision Fund as a whole, with its later stage, higher-valuation investments in the sharing economy, transportation, travel and real estate, looks similarly distressed. Some two weeks after that meeting, SoftBank’s stock trades at a 73% discount to its parts’ enterprise value.

Things have changed so quickly that Soft- Bank’s stock might actually jump if the Vision Fund shut down entirely. When Son recently relented, despite longtime insistence that he wouldn’t, and agreed to divest a portion of Soft- Bank’s public assets (expected to include part of its Alibaba stake) as part of a $41 billion plan to buy back SoftBank stock and pay down debt, investors rejoiced.

Yes, it showed support for the stock price. But the company also announced, mostly to plaudits, that it would be more cautious in making new investments from its fledgling second Vision Fund. “We understand what we need to do in such circumstances,” says SoftBank’s chief financial officer, Yoshimitsu Goto, a longtime Son confidant who speaks with the media even less frequently than his press-shy boss. “I believe Masa does understand the market, too.”

Besides being one of the most extreme investment vehicles in history, the Vision Fund was also a high-speed rebranding exercise. The deal frenzy erased from the public consciousness the fact that SoftBank already holds a bevy of blue-chip assets, and it limited exposure—other than reputational— given that some 70% of the Vision Fund money came from investors like the sovereign funds of Saudi Arabia and Abu Dhabi, and Silicon Valley heavies like Apple and Qualcomm.