Neil Blumenthal is cofounder of WARBY PARKER.. His wife, Rachel, started ROCKETS OF AWESOME. With children ages 4 and 8, they run their home life like a third business. Here’s how it breaks down by the hour.

Gemma, G wait!” Rachel Blumenthal orders the blonde blur that is her 4-year-old daughter with the zoomies. “You have a raspberry smoothie unibrow!” There are leggings and bows and 8-year-old Griffin to get out the door for school. But it’s all good. Breakfast has been accomplished, workouts done, emails answered, lunches packed, assistants coordinated between his company and hers—and now, wipe in hand, a unibrow crisis averted. And it’s only 7:30 at the Blumenthals’.

Neil and Rachel Blumenthal, 38 and 39, met freshman year at Tufts University and married in 2008. By then, she’d already started a jewelry brand, Rachel Leigh. He followed suit in 2010 by cofounding Warby Parker, the industry disruptor that sells trendy prescription eyeglasses for $95 and has grown to nearly 100 stores and 2,000 employees with a valuation, reportedly, of $1.75 billion. Meanwhile, in 2016 she launched Rockets of Awesome, talking to investors while in labor with their second child. With 55 employees and a new investment from Foot Locker, her new brand of children’s clothing is designed exactly for mornings like this. 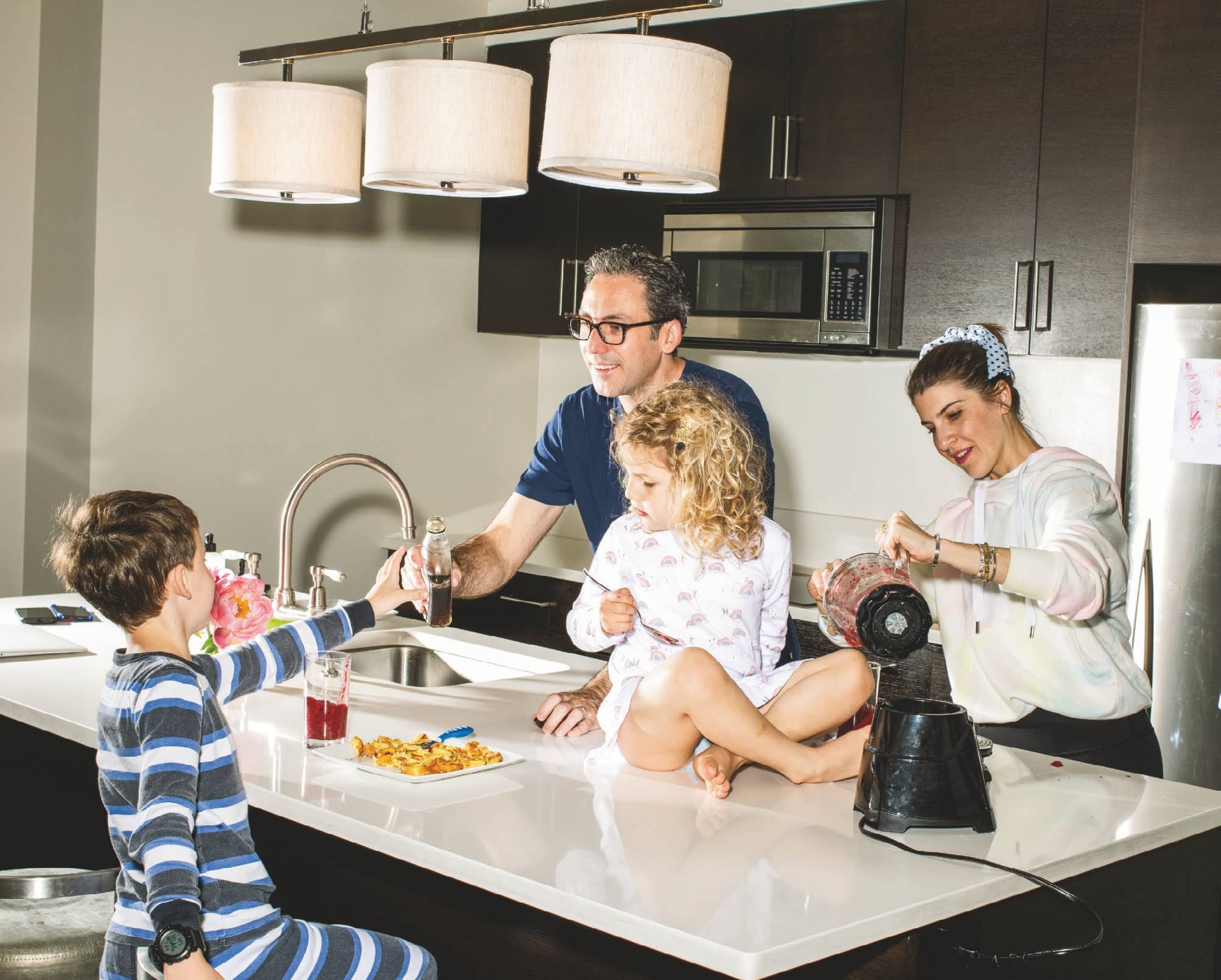 But while not every entrepreneur can claim the Blumenthals’ level of business successes, many can relate to their real-life scramble outside the office. Being parent-entrepreneurs requires improvisation. Like the time this spring when they were checking in at JFK for a trip to the Bahamas and Neil turned to Rachel and said, “Your passport is expired.” She thought: Surely you don’t know how to read a passport because that would never happen to me. But, yeah: expired. So? Step one, distract the kids at Dunkin’ Donuts; two, google “emergency passport”; and three, reschedule her flight as the others flew off to the Bahamas. “It was Saturday. I got there Monday,” says Rachel. “It was the most peaceful three days of my entire life.”

To see how it all works, Entrepreneur shadowed them for a day in May, when on top of the usual madness (unibrow included), they’re in a hotel because their Greenwich Village apartment is still a construction zone eight weeks after a gut renovation was supposed to be finished.