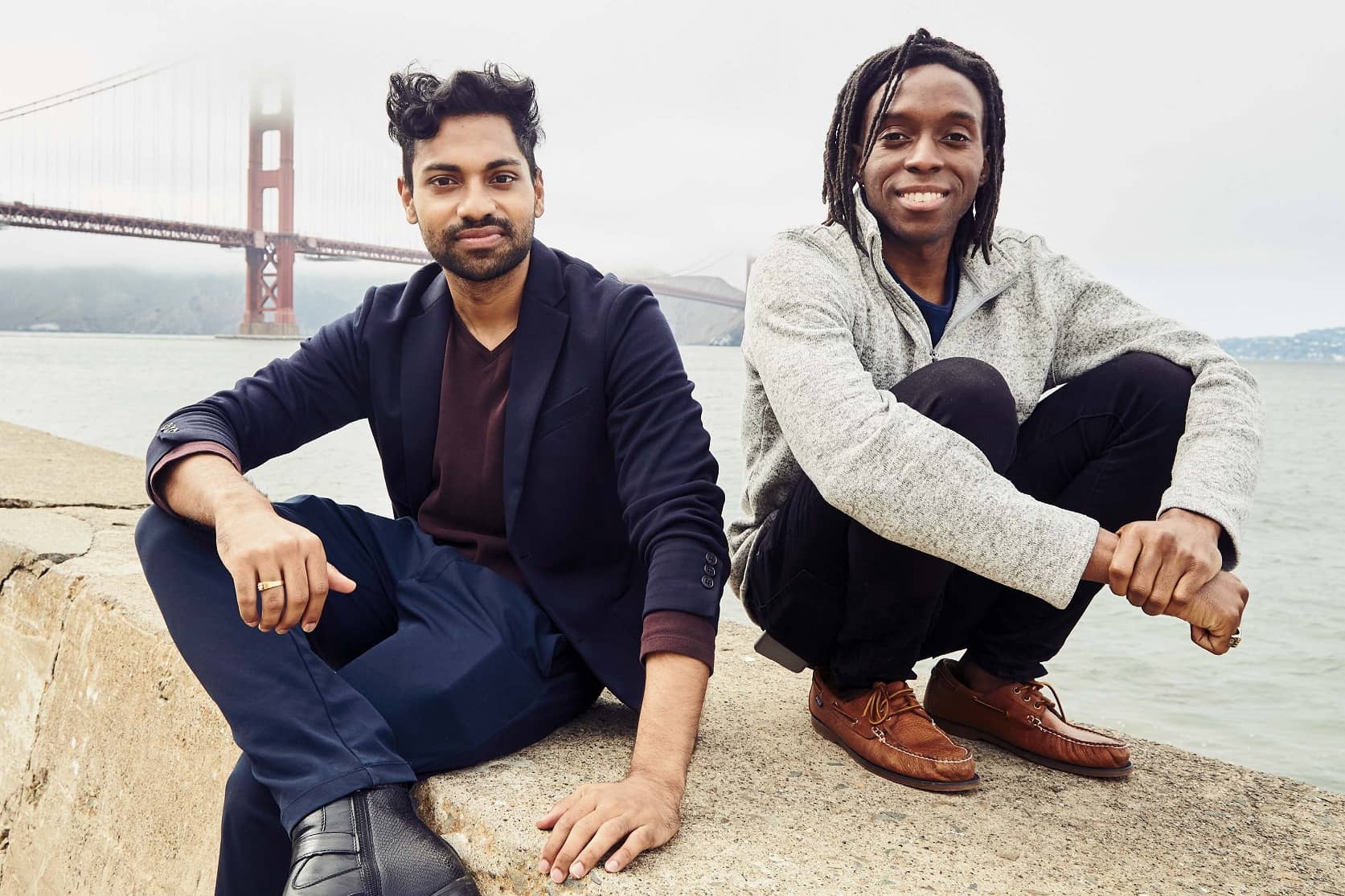 What does it take to create change? Just ask these 17 founders, all age 27 or younger, who are doing it every day.

BUILDING THE PERFECT PRODUCT FOR A REMOTE-WORKING ERA... WITHOUT REALIZING IT

After working 20-hour days for years, living on the cheap while bootstrapping a company in San Francisco, Sam Udotong discovered something about his body. “I had trained myself to stop really enjoying food,” he says. That meant he could subsist entirely on Domino’s pizza and the meal replacement drink Soylent, and maintain focus. “It let me work more hours every day.”

That was 2016. By now, years later, he expected life to be different—or, at least, to come with better food. He and his cofounder, Krish Ramineni, have raised nearly $5 million in venture funding for that once bootstrapped company, Fireflies.ai, which is rapidly expanding across the globe. But Udotong is still drinking Soylent regularly, because COVID-19 put the founders back into 20-hour-a-day crunch mode. Fireflies.ai takes and organizes notes for people during meetings, which is highly appealing to remote workers. “When the lockdowns began, I remember thinking, Holy crap, our market just jumped ahead a few years,” Udotong says.

He and Ramineni, it turns out, were the right amount of early. But this is how the two of them have always operated—taking bets on the future and doing things a little differently.

Udotong and Ramineni’s origin story begins unusually. The two met in college…but Udotong was at MIT (studying aerospace engineering and computer science), Ramineni was at the University of Pennsylvania (studying engineering systems), and they were introduced virtually by a mutual friend. The two clicked, started video chatting daily, and spent 11 months collaborating extensively on projects—a cryptocurrency, a drone delivery system—before ever meeting. Ramineni graduated early, took a job at Microsoft, and then planned to do a master’s program at University of Cambridge in the U.K. The summer before school began, Ramineni went to Boston to spend time with his collaborator—and that’s when they conceived of Fireflies.ai. They felt they were onto something big, so Ramineni dropped out of his master’s program and moved with Udotong to San Francisco to focus on the startup. (Ramineni’s parents had one question: “Are you committed to it?”)

Their vision for Fireflies.ai was big. They wanted to build an artificial intelligence assistant for work. Many startups offer some version of this—with systems that schedule calls, or bots to install on Slack. Ramineni and Udotong wanted to find an untapped market to enter with, and they realized there was a massive opportunity in meetings. When people are talking all day—say, a manager checking in on multiple projects, or someone in HR interviewing job applicants—it’s hard to take and organize notes. What if AI could do it instead?

This required some future-gazing, because back in 2016, when the startup began, voice recognition technology wasn’t very good. This was beneficial, in a way. “If everyone believed in it, then you’d see hundreds of companies,” Ramineni says. The question was: How far away was the technology from being mature? They dove into research papers and studied the market, and came away feeling “maybe 70 percent sure” it was worth betting on. “If you want to build for a brand-new market, you have to take those sorts of bets,” Ramineni says.

As they saw it, their bot would act like a secretary—sitting in on meetings, understanding conversations, and taking and organizing useful notes that were searchable at any time. This would require major improvements in voice recognition technology, as well as an infrastructure to handle hundreds or thousands of meetings at once. To achieve it, they stayed in beta for roughly all of 2018.

For as forward-thinking as they were, they missed one thing: “Quite candidly,” says Ramineni, “during our first two years of existence, we never used the words remote work.” It’s almost hard to remember now, but remote working was still seen as experimental then. Instead, the founders envisioned users sitting in rooms and accessing Fireflies.ai through a speakerphone. Ramineni and Udotong weren’t even working remotely themselves; they occupied a coworking space.

But they wouldn’t be far behind the shifting trends. They discovered they were more efficient at home and built an entirely remote team spread across five countries. And when they released their product to the public in 2019, they resolved to refine it in a totally bottom-up way—first working with small startups, obsessively serving their needs, and expecting that word would spread. “It has to be adopted at the grassroots by people,” Ramineni says. “It has to be something that people learn, recognize, and utilize without a massively expensive sales force.” Even now, they employ no salespeople.

By pure coincidence, they rolled out their first major update this past February, just before COVID-19. hit. As the world went remote, user growth soared on Zoom, Google Meet, and Microsoft Teams— all of which Fireflies.ai integrates with, leading to a big bump in users. Ramineni and Udotong braced for an operational challenge. Prior to this, their users were mostly in the U.S.—meaning that there was natural downtime overnight when they could push out updates. Now people around the world are using it, and there’s never downtime—so the cofounders are often in the weeds with their engineers fixing problems on the fly at 3 a.m. “It is definitely an interesting transition period,” Ramineni says, “where we have to not only manage a team but also operationally be good at what we do as a startup.”

A few years ago, Ramineni and Udotong bet on the future—and now, it seems, the world has caught up with them. Voice technology is vastly improved, and teams are in increasing need of a product like theirs. Investors have noticed and are calling with interest. Ramineni imagines a time when the team is big enough for the founders to step back from day-to-day coding, and maybe even hire a sales crew.

But some things won’t change, the founders say. It’s the stuff built into the beginning of their relationship, when they were two college kids who hadn’t met in real life. “We built trust over time with frequent communication and consistent productivity,” Udotong says. “We always challenged each other to deliver better work. Our strategy now informs how we build trust in our fully distributed team. Those pillars are important for every company, remote or not.” —Jason Feifer 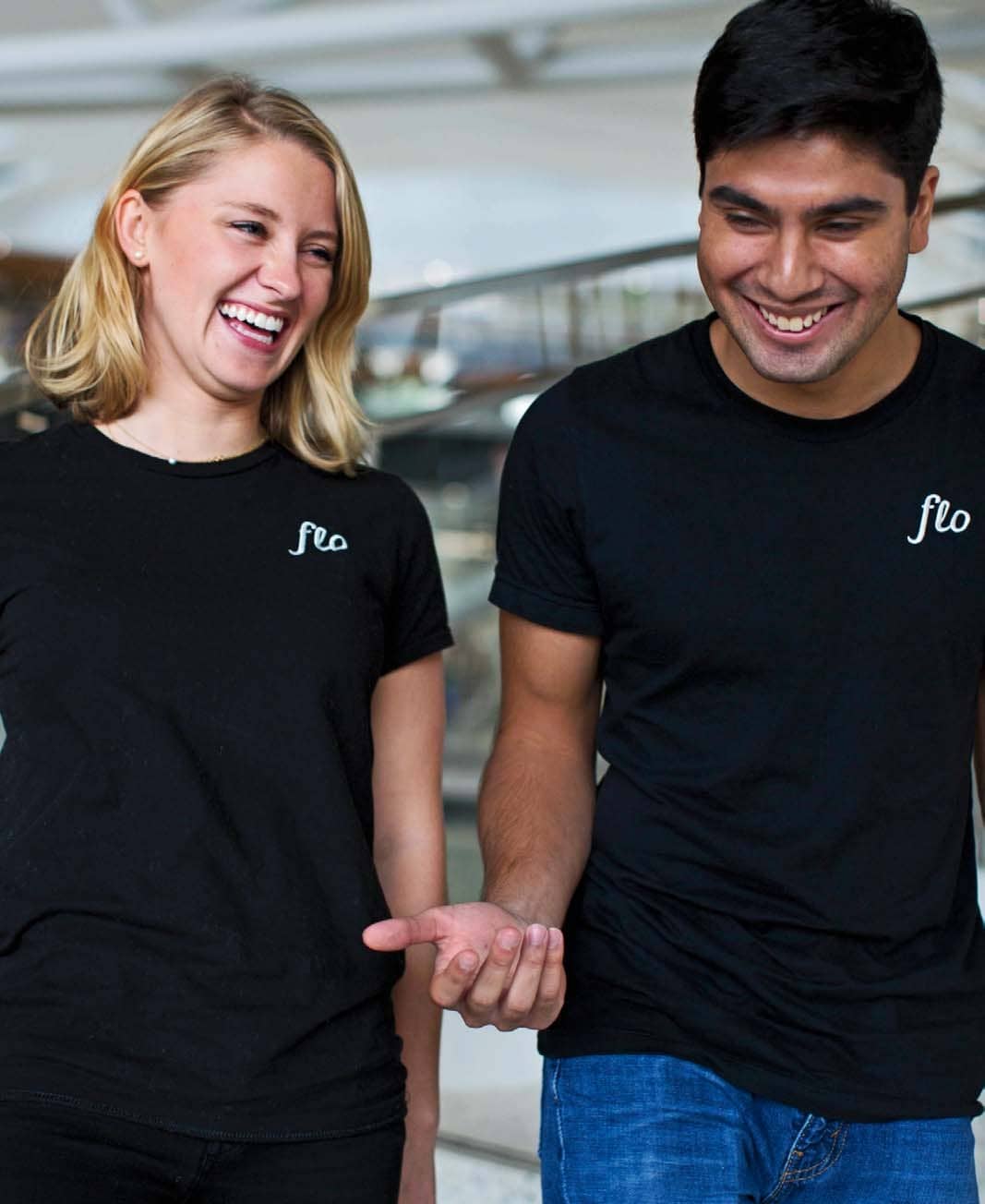 ADAPTING NOW TO BE STRONGER TOMORROW

FLO RECRUIT WAS designed to help companies secure top talent at recruiting events. “We had a road map of where we would be at the end of 2020,” says cofounder Atreya Misra. But of course, COVID- 19 put a halt to all events—job fairs included. “We basically had to start from scratch.”

It’s a position most entrepreneurs were in this year, forcing them to refocus on the value they offer—and then to rebuild for how to be valuable now.

That came naturally to Flo Recruit because it had gone through the reinvention process once before. The concept began five years ago, when co-founder Katherine Allen was in the basement of her sorority house at the University of Texas, sorting through stacks of pledges’ résumés. “You’re trying to put together groups of members who might like each other because they have to talk during a party for 20 minutes,” she says. “It just felt ridiculous because there’s literally more than 1,000 potential new members at UT.”

Allen was a mechanical engineering student and figured she could build a more efficient way to recruit. She drew up wireframes in her journal, then went looking for a developer to build the product. She found Misra, a junior at the time, and the two soon started selling their software mostly to Greek life organizations. “Then the light bulb went off,” says Allen. “We saw there was a much bigger opportunity: employers.” At big college recruiting events, headhunters are so mobbed that they struggle to keep track of whom they’ve met.