Virat Kohli can be replaced as captain, Know why
Newstracklive|July 01, 2020 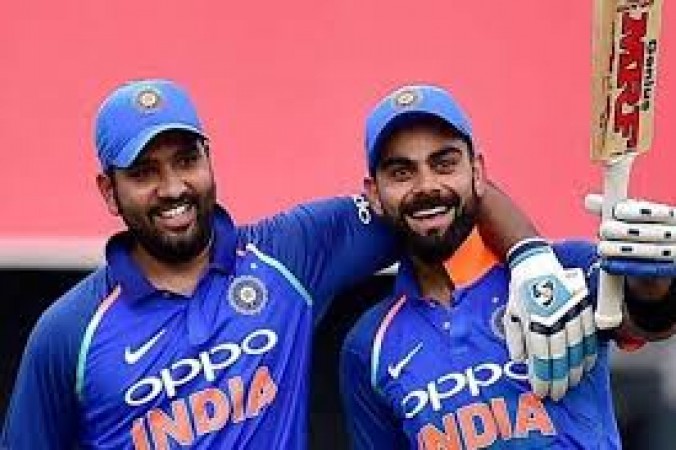 Indian cricket team captain Virat Kohli is counted among the best batsmen in the world. His batting makes the bowlers of the whole world tremble. Team India is also performing very well under the leadership of Virat. His captaincy is being compared to the team's vice-captain Rohit Sharma. Some people think that Rohit can replace Kohli. Both Kohli and Rohit are captains of their respective franchises in the IPL. Recently, the former player of Team India, Aakash Chopra has said in one of his interviews that Rohit can replace Virat Kohli.

Akash Chopra believes that it is good luck for Team India that he has got two best leaders like Virat Kohli and Rohit Sharma. The whole world knows that in the year 2017, after Mahendra Singh Dhoni left the captaincy, Virat commanded the Indian cricket team in every format of cricket. Today Virat is the captain and Rohit is the vice-captain. Whenever Virat takes a break from the game, only Rohit leads the team. Talking about Virat and Rohit from a YouTube channel, Akash said, 'Team India's leadership change can be tried, if Virat fails to win any major success or trophy in the coming few years. A T20 World Cup is to be held in India in 2021. We hope that Team India will win in it. If the team does not win, then it has to start thinking that a change in leadership of the team should be looked for.'