Novak once again succumbed to criticism for organising tournament
Newstracklive|July 01, 2020 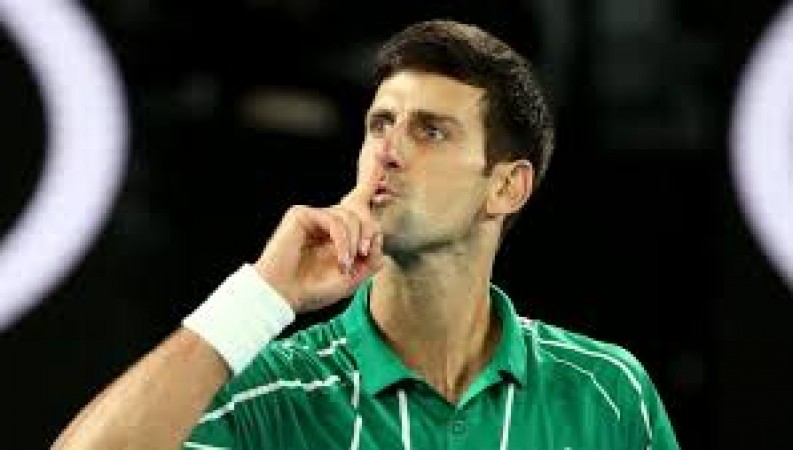 Novak Djokovic of Serbia, the world number-1 tennis player who has come under attack from critics for helping to organize the Adria Tour tennis tournament, has been joined by his country's PM Ana Brnabić. She said in an interview with PinkTV, "Everyone was part of it. He tried to do something good for the whole region. It is good to help young non-established tennis players by bypassing politics and raising money for humanitarian purposes. "

She said, "As a PM if they personally accuse me and leave Novak alone, I would love it." Earlier, Manchester United and Serbian footballer Nemanja Metich also defended compatriot Djokovic. Djokovic recently played in the Adria Tour and was found to be Corona positive. He took the responsibility of helping organize this tournament in Serbia and Croatia. In addition to Djokovic, his wife was also found corona infected. The test of Viktor Trotsky, Grigor Dimitrov and Borna Coric, who played in this tour before Djokovic, also came positive. Mich said that everything was going normal in Serbia and if a lot of men are found infected with the virus, then there is no fault of Djokovic. Mich told Sky Sports, "People need to understand that the situation in Serbia was better than here. The country allowed everyone to do what they wanted to do. Everything was open, shopping centre and restaurant. "

He said, "So he started living a normal life because our country was completely closed for three months. You could not roam the streets, you could not get out of the house. So it was different. " The Serbian footballer said, "But when opened, he said that you are free to do whatever you want to do." Prior to the tournament, a match took place, involving 20,000 people. Then nobody said anything about it. " Mich said, "All I want to say is that it is not his fault that he organized the tournament. He just wanted to help the players for the competition. I don't think they did anything wrong with it. " Novak Djokovic also apologized for organizing this tournament.