Know what is mixed martial arts and why china can deploy these fighters on the ladakh border
Newstracklive|June 30, 2020 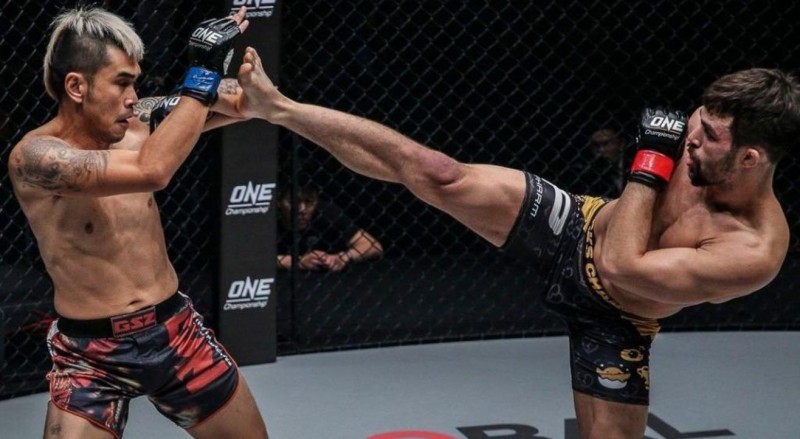 Last week, China joined the People's Liberation Army, a contingent of mixed martial arts (MMA) fighters, amid escalating clash with India along the Line of Actual Control and the 20 Indian soldiers killed in skirmishes. However, it is not yet clear whether the MMA fighter will be posted to the LAC but his recruitment in the PLA is considered significant because the violent clashes in the Galwan Valley took place between unarmed soldiers. Some reports are also claiming that China had included the MMA fighters as well as mountaineering squad in its army deployed along the border with India before violent clashes in Galwan valley. Deprint is analyzing how MMA fighters can change the appearance of the battlefield.

MMA or Cage Fighting, as it is sometimes called, is an all-out conflict game that includes striking, ground fighting and grappling. It is a combination of martial arts and martial arts around the world including Brazilian jiu jitsu, boxing, kick-boxing, Japanese and Chinese martial arts, etc. and traditional grapple based wrestling, which makes it absolutely extraordinary. The game originated in China and Japan in the 19th century. Originally it was seen as an impartial mode of fighting in which unarmed combat was fought between able-bodied fighters of different genres locked in a cage. No rules were set for this style of fighting until virtually the 1980s and 1990s, when it began competing with professional boxing and wrestling under the banner of Ultimate Fighting Championships (UFC) in the US.

The International Mixed Martial Arts Federation, registered in Sweden, is its international governing body. The first MMA World Championship was held in 2014 in Las Vegas, USA. This is only for amateur MMA fighters and not professionals. The Runic Ultimate Fighting Federation (RUFF) is the first Chinese MMA organization approved by the General Federation of Sport in China. It hosted its first National MMA event in 2011, which has been running regularly since then.

Other MMA championships in China include the Real Fight Championship, which has three events in Henan and Beijing. In India, an MMA governing body was recognized only in 2018, which is called MMA India- National Sports Federation. It is related to MMA only. However, India had already entered the world of MMA in 2012 with the launch of Super Fight League formed by actor Sanjay Dutt and businessman Raj Kundra. MMA is now a sport with a growing base in India - there have been 67 live television events in the Super Fight League alone, which has been watched over 100 million times so far. At least 50 live TV programs have been produced for broadcast on various channels like Colors, Neo Prime, ESPN Star Sports, MTV India and YouTube.

Irfan's big statement, says 'Dhoni did not trust the bowlers'