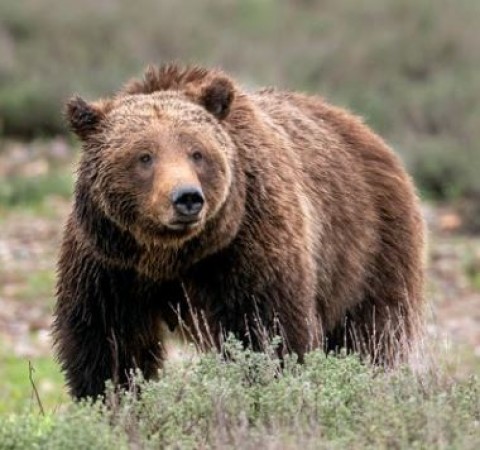 A unique case of the death penalty for a brown bear from Italy has come to light. According to the information, last week a pair of father-son went on hiking in the northern region of Trentino where they were attacked by bears. However, in this crime, the authorities have heard the bear die. It was also told that the incident is of Monday. 59-year-old Fabio Missaroni was on his way to Mount Peller with his 28-year-old son Christian Missaroni, when a bear came in the middle of his path and attacked him.

Christian told the media, "The bear grabbed his leg. His father jumped on his back to free him from the bear's grip. He missed, but the bear broke his father's leg from three places. However, in order to distract the bear's attention, Christian lowered his hands up in the air and clapped, after doing so he ran into the forest. After this attack, Trentino Governor Maurizio Fugatti signed an order allowing capture and killing the bear. Then the officers are trying to identify the bear through saliva from the father-son's wound and DNA from the fur found on the clothes."

Many animal rights groups and activists are criticizing this decision. Italy's 'World Wildlife Fund' branch has started an online petition, which has been signed by more than 22 thousand people. On this issue, the Environment Minister of Italy has also turned against the death penalty. In this regard, he said, 'It may be that the female is protecting her children. '

Rahul Munjariya Aspires to Reach at the Zenith in Music Composition