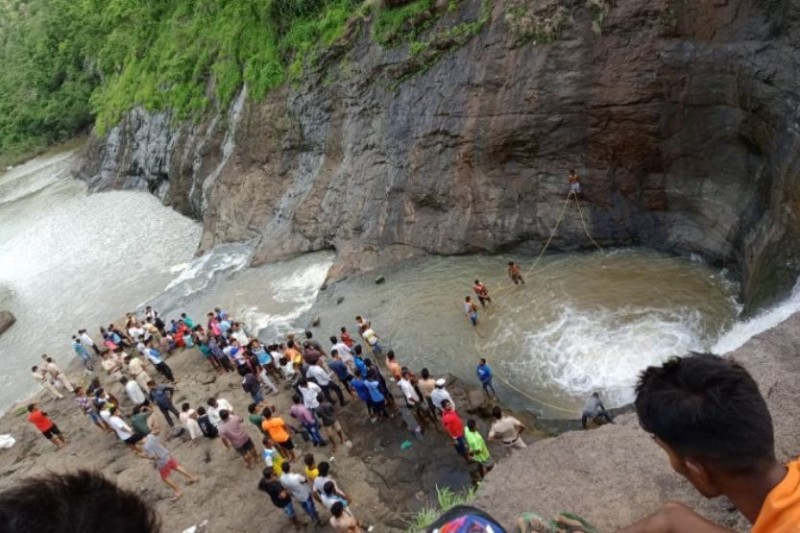 Mumbai: On Thursday, 13 people from Ambika Chowk area of Jawhar in Palghar district, about 150 km from Mumbai, went for a bath in the Kalamandavi waterfall. But due to not being able to get a sense of the depth of the waterfall constructed from the rainwater, the children went deep into the waterfall. 5 people drowned due to the inability to swim. After which there was a stir in the area. There was mourning among the families of the dead.

A search was started by the local police and fire brigade on the spot and by late evening 5 bodies were taken out. Sachin Navadkar, the spokesman of the Superintendent of Police, said that 13 people had rushed to the nearby waterfall where 5 people died due to drowning and all 5 bodies have been recovered. An eyewitness who went to take a bath in the waterfall said that this waterfall becomes as water stored in the area in every monsoon due to the rainwater and people from the surrounding area come here for picnic. All the boys were bathing on the banks of the waterfall, but some people went into the depth and this accident happened.

On receiving information about the incident, SP Dattatreya Shinde, District Magistrate Dr Kailash Shinde and other officials reached the spot and took stock of the incident. Traffic is prohibited during the lockdown. The boys reached the waterfall, located 7 km from their village, through forest area.