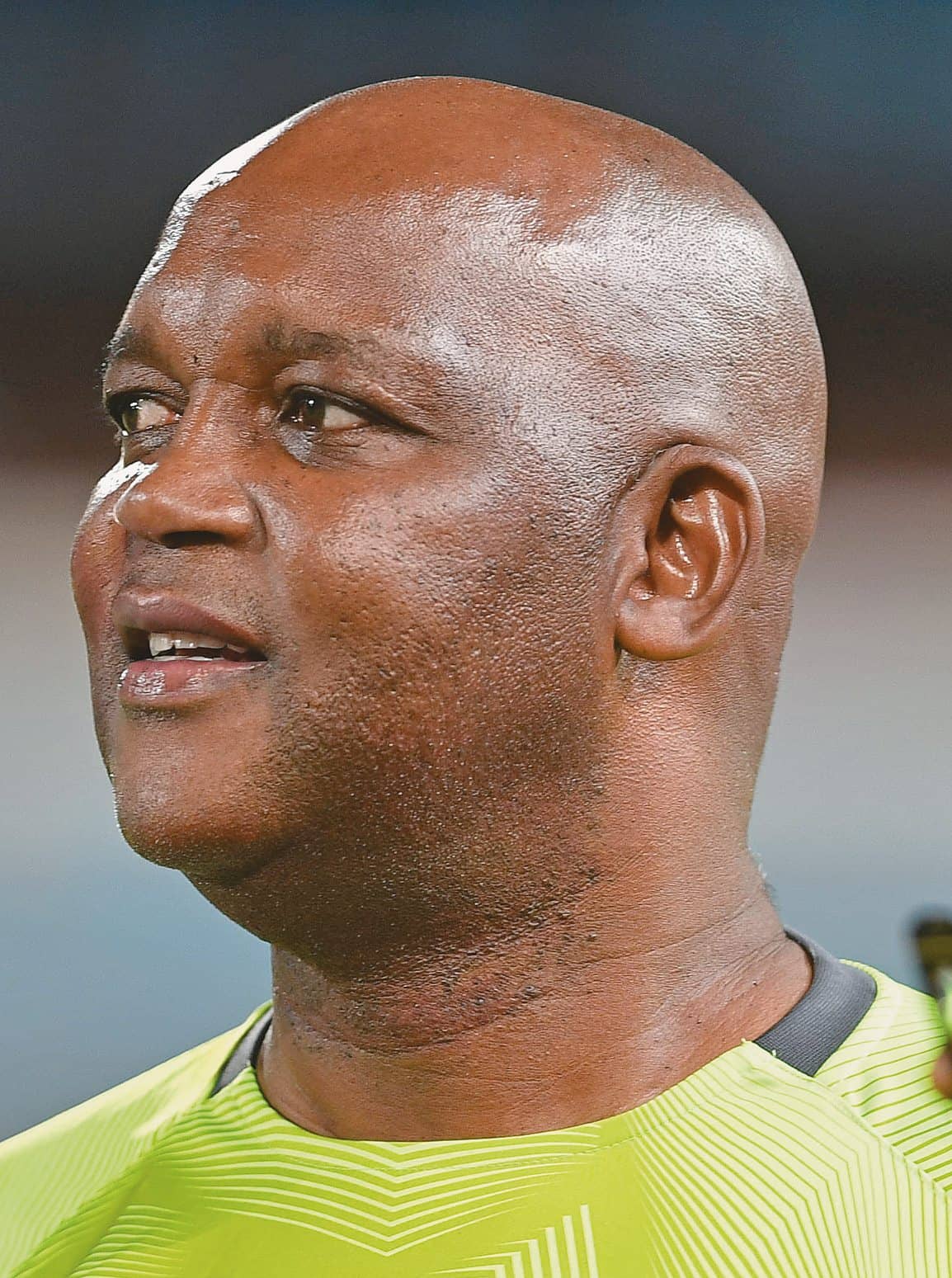 If Mamelodi Sundowns go on and retain their Absa Premiership title at the end of the season, Pitso Mosimane will have won a fifth championship and become the most successful coach in the history of the sport in South Africa. Soweto-born Mosimane has an all-consuming passion for the game, starting in his playing career and now well into his mid-50s. His hunger for victory remains all too evident, even if the novelty of winning is now long past. With Sundowns he has won four of the last six league championships, and in so doing, matched the feats of four titles won by the likes of Jeff Butler, Ted Dumitru, Gordon Igesund and Gavin Hunt. But he has already gone one better than them by also winning the African Champions League – the Holy Grail on the continent. But how did Mosimane start out coaching, what fueled his passion and what was his journey to the top. It is a fascinating insight, told exclusively to KICK OFF’s Mark Gleeson.

The seed is planted

“I actually wanted to become a physical trainer. I got interested in it in Greece because I had never been fit in my career and then suddenly when I got there, my physical trainer [Gregory Georgitsas] became my friend.

“We hung out together. He was a runner, he did half marathons and marathons and represented Greece. He was my friend and I’d go training with him.

“He said, ‘come with me; if I do 10 laps, you do four’. That’s how I started to get involved in these things. Suddenly I was doing eight laps, and then I was running alongside him. It was late in my career, but I’d never been that fit before.

“That’s when I started to say to myself, ‘I should have met this guy earlier in my life’. My first coaching job was in Belgium at Rita Berlaar, the club where I played. I was assistant coach for the Under-11s! The coach was just one of the supporters and there were times when he didn’t pitch.

“I had an interest and because we trained mornings and afternoons, my evenings were free and I asked, ‘can I help there?’. They said, ‘yes, please help with the Under-11s because their coach has a job that sometimes means he is not here’.

“The guy very quickly dumped the team with me! Although he took the kids to their games on the weekends because I was playing. But in the week I was coaching. It was hectic. I was a bit all over the place, but I liked it. I felt there was something there.” 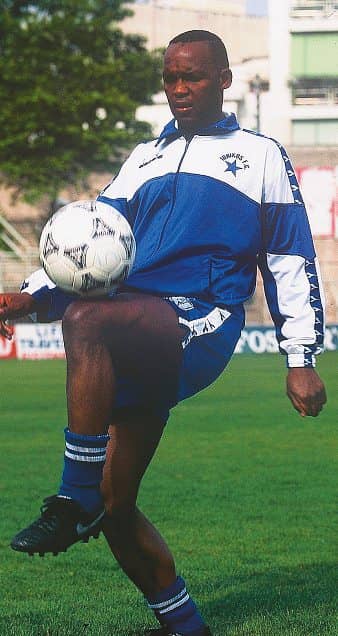 Back in South Africa

“When I came back I played again for Mamelodi Sundowns, when ClemensWesterhof was coach. I didn’t get on with him, he’s a little bit haughty about me having played in Greece, which he said was not the same standard as Holland, where he comes from.

“But he was gone after a few months. Ted Dumitru took over at the beginning of 1997/98 season from Screamer Tshabalala, coming across from the youth, where he had been working. I was about 33 by then, I was struggling. Raphael Chukwu and Mambush [Daniel Mudau] were on fire and I could hardly get a game.

“So Ted said, ‘help me out there [with the youth] because now I’m focussed here’. So I became coach of what today would be called the MultiChoice Diski team. I was coaching that team but also playing.

“In fact, to be honest, I just copied what he was doing with the senior team for my job with the reserves. He was also monitoring me, so he obviously liked the fact I followed his routine.

“My reserve team didn’t have games on the weekend so Ted liked to have me on the bench for the first team games too. He kept me in the matchday squad all the time and when Chukwu or whoever got injured, I played.

“But I really wasn’t motivated anymore. I was moving to my new life and I discovered I loved this coaching. I prepared the team well and we played the senior side twice a week, and we did well against them.

“A rivalry began, even to the extent that sometimes they were kicking each other. I had Tso Vilakazi, Mlungisi Gumbi, OJ Mabizela, Dan Semake, Collen Makhanya in my team. We won all our other friendly games, we didn’t have a league for the reserves then, but to play against Sundowns’ senior side, who had won the league, was really good for us. 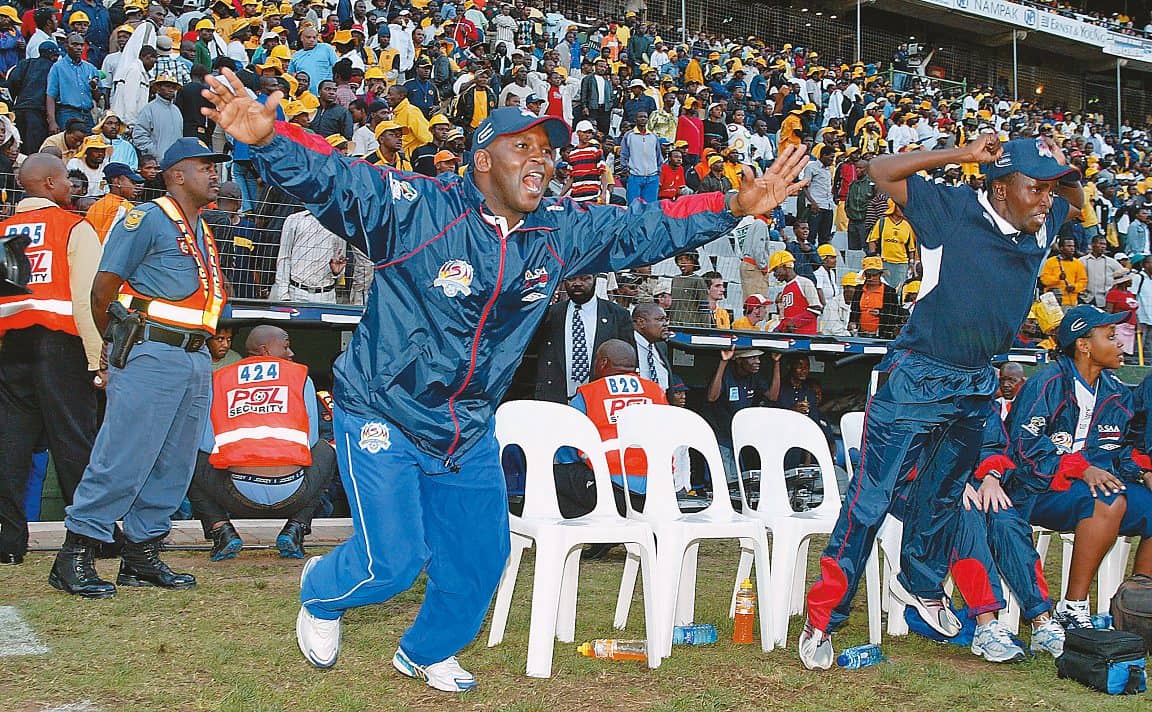 “Ted’s assistant was Augustine Makalakalane but he was also playing so Ted said I must sit next to him on the bench because sometimes he needed to talk to somebody and Augustine was on the pitch.

“I took Augustine’s position as the assistant coach when he was playing. But I did not feel that I was going to be a coach. I was just enjoying myself, I liked it. But there was no career advisory that said to me, ‘you are going to be a coach’.

“Maria Koutroulis, who worked at Sundowns, also owned Publican Brothers in the First Division, based in Mamelodi. But they were struggling near the relegation zone. They said to me, ‘hey man, you are doing something good with the Sundowns reserves’. They asked me to help them and I went and saved them from relegation.

“Michael Manzini and Bennett Mnguni were discovered playing in that team. So, I had Brothers, the Sundowns reserves and I was still playing. I was involved with three teams in one year!

“You have no idea how busy I was. But even then I did not know that this would be my future. I got upset with Sundowns when we won the league again and they didn’t want to pay me my bonus.

“I was helping them both playing and coaching. And by the way, and this is funny, I was also the driver for the reserves! Ted used to pick up the youngsters who were staying at the School of Excellence in Tembisa.

“Sundowns paid the school to use up all the extra rooms. So when Ted moved up to the senior side, he said, ‘no man, I can’t go now and fetch those boys, they are your team now, you go and fetch them’.

“I took the kombi and I had to fetch my team. I picked them up, I trained them and then I took them home! Unbelievable! But I left Sundowns when they didn’t want to give me my bonus.” 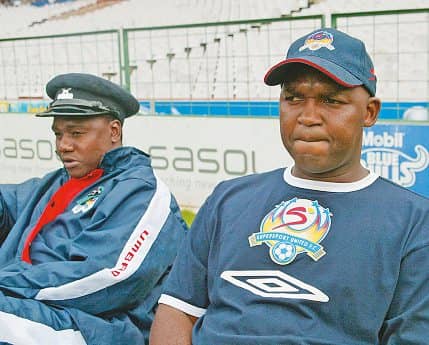 “Then I went to Soweto where there was a youth development programme, funded by the ANC [African National Congress] I think, where I took charge of the football.

“Maybe it was the municipality who paid for it. I’m not sure now. It was a political programme. But it was well set-up – there was training kit, boots, balls, everything you needed. It was like an academy in Soweto.

“They said they wanted me as their coach and I loved that. I started to recruit some players too, like Tsweu Mokoro. In fact, I didn’t really need to recruit because the boys talk to each other, they call each other to come when they realised here something good happening.

“The top players came. Cavaan Sibeko, Seuntjie Motlhajwa, Gerald Modabi … they all arrived. There was no other decent programmes for youth players in Soweto at that time. I was loving the job.