The Case Against Trump | Donald Trump Is an Enemy of Freedom 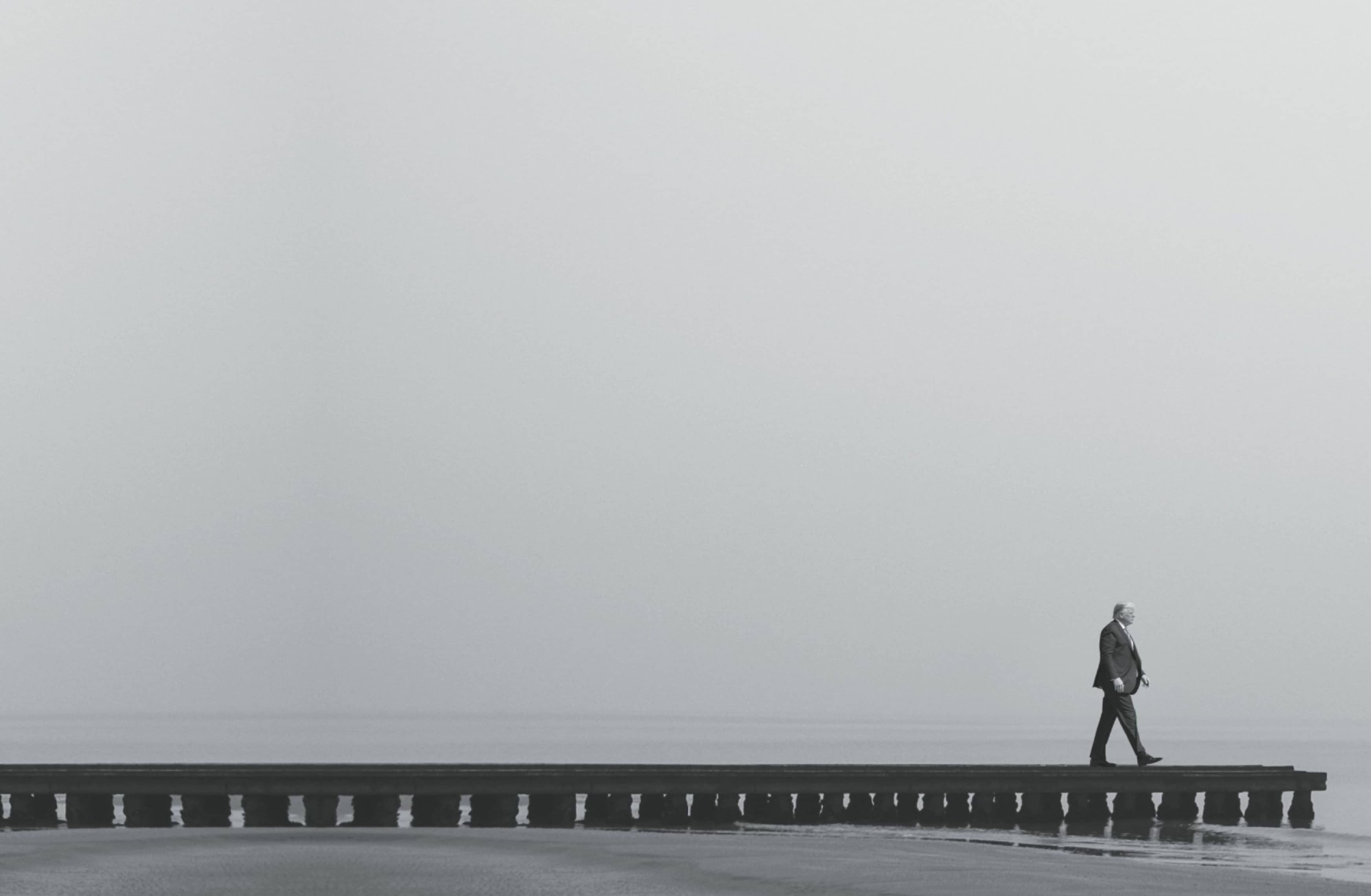 WHEN IT COMES TO LIMITING THE SIZE AND SCOPE OF GOVERNMENT AND PROTECTING INDIVIDUAL LIBERTIES, AMERICA’S 45TH PRESIDENT HAS BEEN ACTIVELY MALIGN.

WE DO NOT view Lyndon Johnson’s presidency through the lens of the Texan’s legendary vulgarity; the Great Society and Vietnam War loom much larger on his scorecard. Nor do we judge George Washington’s generalship by the Continental Army’s autumn 1776 squandering of New York—every leader of consequence has bad days or weeks in the face of unprecedented challenge.

So before assessing Donald Trump’s worthiness to receive a second term, let us set aside the two cudgels wielded most often by his media and Democratic tormentors: the 45th president’s polarizing personality, and his administration’s scattershot response to a once-in-a-century pandemic.

Focusing on Trump’s deeds, instead of words, from Inauguration Day until just before the first reported U.S. death from COVID-19 on February 29, is a clarifying, even liberating, exercise. At a time when so much of American discourse is about symbolism instead of policy, adjectives instead of nouns, feelings instead of facts, this approach waves away the toxic political fog and drills down into the bedrock of this presidency. What has the Manhattan real estate developer actually built in Washington; how has that already impacted the lives of his constituents; and what lasting changes are likely if his job performance is ratified by the voting public in November?

Working through those questions will produce different answers for everyone, but here’s a preview of mine: On the broad federal issues I care about most—limiting the size and scope of government, protecting individual liberties, allowing for peaceable exchange between willing partners, and contributing to international peace and human flourishing—Trump has been not just passively suboptimal but actively malign. Rewarding his record will cement bad policy and complete the Republican Party’s transformation into a vehicle for big-government nationalism that’s openly suspicious of free markets and perceived enemies.

KEEP YOUR EYE on one thing and one thing only: how much government is spending,” economist Milton Friedman famously said during the Carter administration. “Because that’s the true tax.”

Under Trump’s signature, even before the coronavirus, the sticker price on that annual levy was jacked up by almost $1 trillion.

The Constitution tasks Congress, not the president, with initiating all federal expenditures. The Budget Control Act of 1974 further instructs the legislature to pass a dozen specific appropriations each year by certain deadlines. The last time those deadlines were met was in 1994. This is a “broken system that Congress has created,” Rep. Justin Amash (L–Mich.) says.

Instead of budget deliberations with debates and amendments and votes, there are closed-door negotiations between House and Senate leadership that typically produce either last-minute continuing resolutions to keep the federal apparatus functioning or must-pass omnibus bills that no member has enough time to read. But if the core blame for our budgetary dysfunction rests squarely on the shoulders of those choosing to fritter away the legislative branch’s prerogatives, that should not let this or any president off the hook.

Congressional terror at making recorded votes on issues of potential controversy consciously offloads decision-making responsibility onto the executive. Which means that presidents have real power to shape legislative behavior. When asked in September 2019, for example, about taking up a gun bill that had been passed by the House of Representatives, Senate Majority Leader Mitch McConnell (R–Ky.) sounded more like a White House spokesman than the leader of a co-equal branch: “The administration is in the process of studying what they’re prepared to support if anything.”

Republicans, of whom Trump is by far the country’s most popular within the party, held a majority in both chambers on Capitol Hill during his first two years of office. In the waning days of that 114th Congress, McConnell’s No. 2 in leadership, Sen. John Cornyn (R–Texas), was queried by reporters about the Senate’s approach to funding the federal government past a December 22, 2018, deadline. “I don’t know of a specific plan yet,” Cornyn said, just days before the lights went out. The legislative branch was waiting on appropriations instructions from the White House.

So what has Trump done with his considerable leverage to affect the level of federal expenditures? Sign a half-dozen continuing resolutions, plus a few longer-term omnibus deals, that together eliminated Obama-era spending caps, suspended the debt ceiling borrowing limit, and ratcheted up the size of government, all at the tail end of a historically long economic expansion and stock market bull run.

Federal spending under Barack Obama went from $2.98 trillion in George W. Bush’s last full fiscal year of 2008 to $3.52 trillion in the stimulus-weighted fiscal year of 2009, an increase for which Obama and the Democratic-controlled 111th Congress deserve the lion’s share of responsibility. Since the 44th president’s last full fiscal year of 2016 saw expenditures of $3.85 trillion, we can say that during his two terms of office—which included a major federal response to an economic crisis—annual spending went up by around $900 billion.

Trump matched that increase in just one term before his own crisis hit.

Congressional Republicans, who had put the budgetary screws on Obama as soon as they won a House majority in January 2011, lost their appetite for hardball the moment the GOP regained control of the Senate four years later. Trump in 2015– 16 then ran and won handily on the least fiscally conservative platform of a crowded presidential primary field, serially mocking the entitlement-reform mantras mouthed by a generation of fiscal conservatives. “We’re going to save your Social Security without killing it, like so many people want to do,” he vowed at a June 2016 rally. “And your Medicare.”