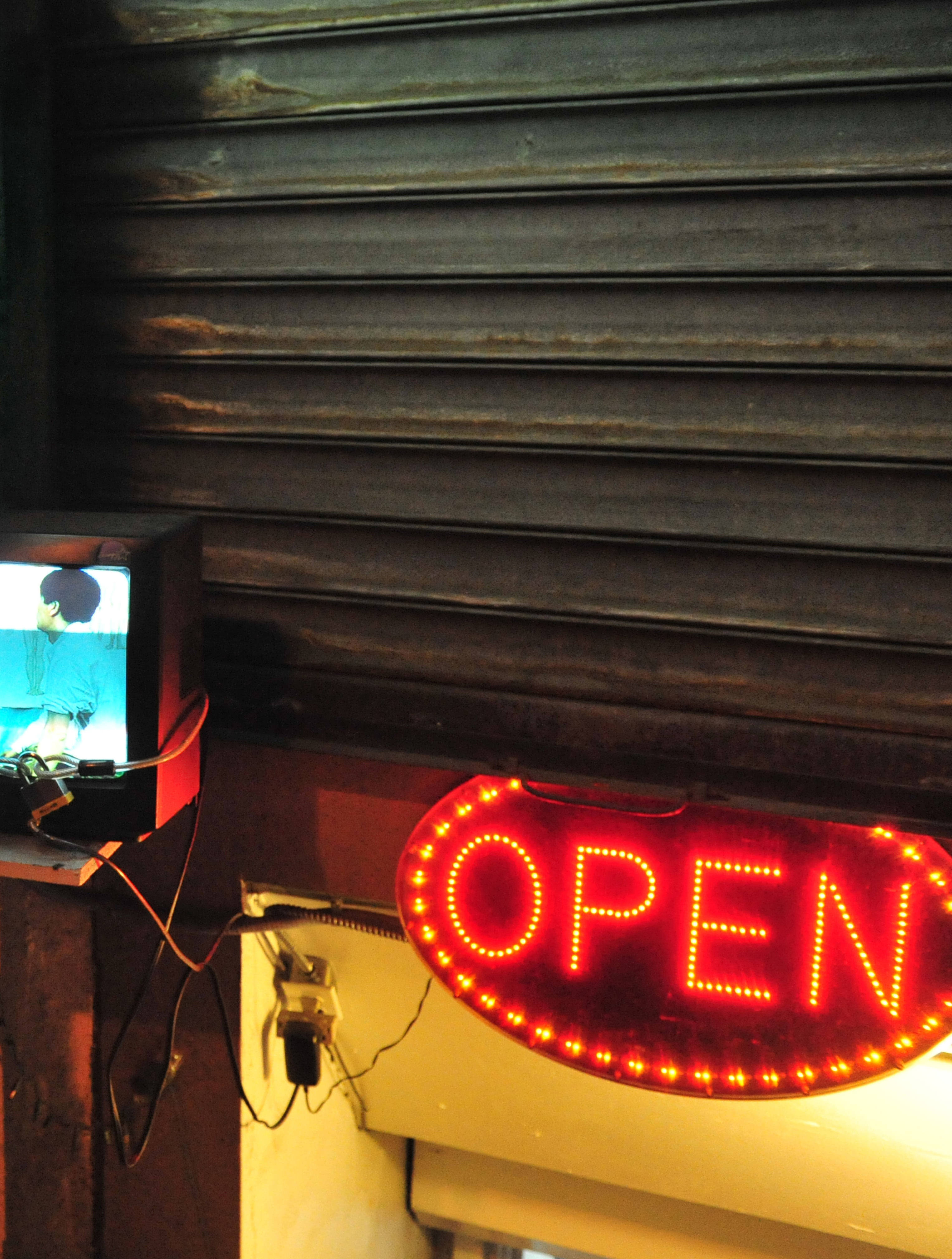 A POTENT COMBINATION OF PURITANISM, RACISM, AND POLITICAL OPPORTUNISM IS PUTTING ASIAN MASSEUSES AND THE PEOPLE WHO SUPPORT THEM IN NEEDLESS DANGER.

Increasingly, however, it also serves another purpose. Police have begun monitoring the site on the theory that, as a 2016 article in the magazine Prosecutor’s Brief asserted, a good Rubmaps review “indicates that the location is a brothel.” And when police and prosecutors take an interest, so do politicians.

Rubmaps entered the Congressional Record in March 2015, when Sen. Dianne Feinstein (D–Calif.) was speaking about the Justice for Victims of Trafficking Act. Feinstein cited Rubmaps as one of 19 sites that supposedly “act[ed] as purveyors of child sex trafficking in this country.” Those sites, she said, “ought to be ashamed of themselves.”

It was Feinstein who should have been ashamed. During her extensive remarks, she offered no solid evidence that these sites were in fact facilitating child sex trafficking. Yet her push to shutter them played directly into a social panic that has been building into a legal crusade against sex work and the web platforms that enable it. Within a few years, Rubmaps—then one of the lesser-known sites Feinstein mentioned—would become a key target in this dubious fight, aided by America’s long history of discriminatory opposition to massage businesses operated and staffed primarily by Asian immigrants.

People who coerce or force others into prostitution do exist, and violence against those involved in prostitution happens. Law enforcement should absolutely take these horrors seriously—especially if minors are involved. Yet government estimates of the prevalence of sex trafficking have tended to be wildly inflated and plagued with “methodological weaknesses, gaps in data, and numerical discrepancies,” as the Government Accountability Office put it. Known cases in the United States remain incredibly rare.

In 2015, for instance, U.S. attorneys received information on about 750 people suspected of either “peonage, slavery, forced labor or sex trafficking,” according to the Bureau of Justice Statistics. Yet they ultimately filed charges in just 395 of these cases.

Perhaps because of the scarcity of bona fide trafficking cases and disproportionate public interest in the topic, law enforcement agencies frequently go on fishing expeditions, searching for needles in a haystack and then arresting anyone in the vicinity of the barn.

The Wall Street Journal reported in September that agencies including the Department of Homeland Security and the Justice Department are investigating Rubmaps and two similar websites. Opponents argue these sites facilitate the sexual exploitation of girls and women. But authorities rarely turn up the horrific crimes they say they’re rooting out. Instead, the people most harmed by the attention from law enforcement are the ones cops and advocates claim they’re out to save.

Rubmaps’ emergence as a digital boogeyman corresponds with a nationwide legal assault on Asian massage parlors and the women who work at or own them. Recent high-profile examples—including the Palm Beach, Florida, investigation that ensnared New England Patriots owner Robert Kraft and the Queens, New York, raid that led to the death of Chinese immigrant Yang Song—highlight a wider phenomenon that plays out around the country on a weekly basis, a carceral charade in which the twisted “help” offered to “exploited” women includes jail, seized assets, and deportation.

These raids, which often overlap with America’s escalating crackdowns on unauthorized immigrants, frequently involve Homeland Security, Immigration and Customs Enforcement (ICE), and FBI agents. Federal law enforcement officials are being enlisted, in other words, to round up women for giving unapproved hand jobs or offering ordinary back and foot massages without the right paperwork.

In a throwback to shameful earlier episodes in U.S. history, these workers—mostly middle-aged Asian immigrant women— are treated as victims long enough to get authorities in the door and then as criminals once law enforcement officials are done playing hero to the press.

ONCE UPON A TIME IN FLORIDA

THE STING THAT nabbed Robert Kraft, the CEO of the Kraft Group and owner of the Patriots, on solicitation charges in February 2019 was a perfect storm of sex trafficking panic, xenophobia, prosecutorial showboating, and prurient interest. The bust was part of a monthslong investigation into massage parlors in and around Palm Beach County, Florida. Local police and prosecutors initially heralded it as part of a “human trafficking investigation” that would rescue victims and send a message to the men who patronized them. But it ultimately yielded no human trafficking charges, and the “rescued” women faced more severe criminal penalties than did their clients.

The inability to identify any trafficking victims is especially striking given that law enforcement used every tool at their disposal to get the answer they wanted. In June, the Associated Press reported that Martin County sheriff’s detectives told one masseuse detained in the raid that she would be given an apartment and allowed to bring her children to the United States from overseas so long as she testified that she had been trafficked.

Nonetheless, the woman repeatedly insisted she wasn’t forced into sex work. She was doing it to support relatives in China, she said, even as police kept pressuring her to change her story. Eventually she agreed merely to not deny to law enforcement that she was trafficked—but not to say she had been, either—and they let her go.

As part of the investigation, police and Homeland Security agents had staked out several local businesses for months, made multiple undercover visits, tailed workers running errands, and used a “sneak and peek” warrant to secretly install security cameras in massage rooms. Two of the women arrested, more than a dozen of the men (including Kraft), and a host of regular massage patrons who were filmed naked as part of police surveillance are suing over the footage.

The men who were picked up received misdemeanor solicitation charges. That doesn’t mean they got off scot-free: Even a minor run-in with the criminal justice system can be disruptive and costly, not to mention the reputational damage that comes from having your name in the papers as part of an alleged “human trafficking bust.” For his part, Kraft was soon back to having dinner beside President Donald Trump and partying in the Hamptons with Hollywood celebrities. But most of the men arrested were not wealthy public figures.

Massage parlor workers and managers faced much worse, including jail time, seized assets, and sometimes multiple felony charges, despite an utter lack of evidence of any nonconsensual activity.

Money laundering, racketeering, and conspiracy charges are common in these prosecutions since doing anything with proceeds from prostitution can qualify. Applying such charges to sex workers who band together and to sex work–adjacent businesses (such as websites that permit escort ads or massage parlors where some workers engage in sex acts) gives prosecutors two things: leverage in eliciting pleas rather than taking a case to trial, and the legal room to seize financial assets.

As of the end of 2019, eight of the 11 spa staffers and associates booked in the stings in Florida’s Indian River, Martin, and Palm Beach counties had accepted plea deals after initially pleading not guilty. The one male employee who was involved pleaded guilty to unlawful transport (a misdemeanor), while seven women pleaded no contest or guilty to misdemeanor prostitution charges and sometimes no contest to other prostitution-related charges. In exchange, prosecutors dropped many of the felony counts, and most of the defendants will avoid more jail time than they have already served.

No traffickers or victims ever materialized (thankfully).

In the end, police shut down some immigrant-owned businesses, put a dozen or more women out of work, prohibited some licensed masseuses who were also sex workers from doing legal massage work in the future, and that’s about it.

This is tragically typical of these operations. A 2017 crackdown in Florida, dubbed “Operation Spa,” saw police, immigration agents, and Homeland Security raiding 13 businesses they claimed were engaging in human trafficking. But according to the Fort Myers News-Press, “what transpired was little more than a massage parlor bust of several family-owned businesses.” Five women accepted racketeering-related charges, two employees pleaded guilty to “residing in a place for the purpose of prostitution,” and one woman pleaded guilty to solicitation. No one was convicted of or pleaded guilty to trafficking. Still, one of the workers was deported to China and more than half of the businesses were shut down.

A July 2019 examination by USA Today of three other Florida busts likewise concluded that “law enforcement’s tough-on trafficking rhetoric fizzled after initial headlines.” A supposed crack down on the unique scourge of forced labor ended up looking a lot more like a series of conventional immigration and vice raids.

LAW ENFORCEMENT OPERATIONS directed at massage parlors in the name of fighting trafficking have increasingly taken the form of immigration stings that target Asian women.

For years I’ve been following the uptick in federally backed efforts to target “illicit massage parlors.” This included setting up Google Alerts for the term massage parlor, which generates an automated email anytime the search engine registers a new article on the topic. Tracking these alerts over periods of time can offer a snapshot of how such arrests are handled.

Between June 1 and September 15, 2019, a Google Alert on the phrase massage parlor yielded stories about more than 95 cases involving suspected sex trafficking and/or prostitution at massage businesses. This figure almost certainly dramatically undercounts these stings, because not every such operation makes the news, gets indexed by Google Alerts, or uses the phrase massage parlor. Still, the results were striking.

The raids went down in urban, suburban, and rural parts of 31 states across the country. But no matter the location or context, the vast majority of those arrested or charged were Asian women. Of 102 identified suspects, 76 were listed as Asian or had typically Asian names.

Of the 97 cases in which this information was given, the average age of those arrested or indicted was 49.8 years. About 80 percent of suspects were in their 40s or 50s, with just two in their 20s and none in their teens.