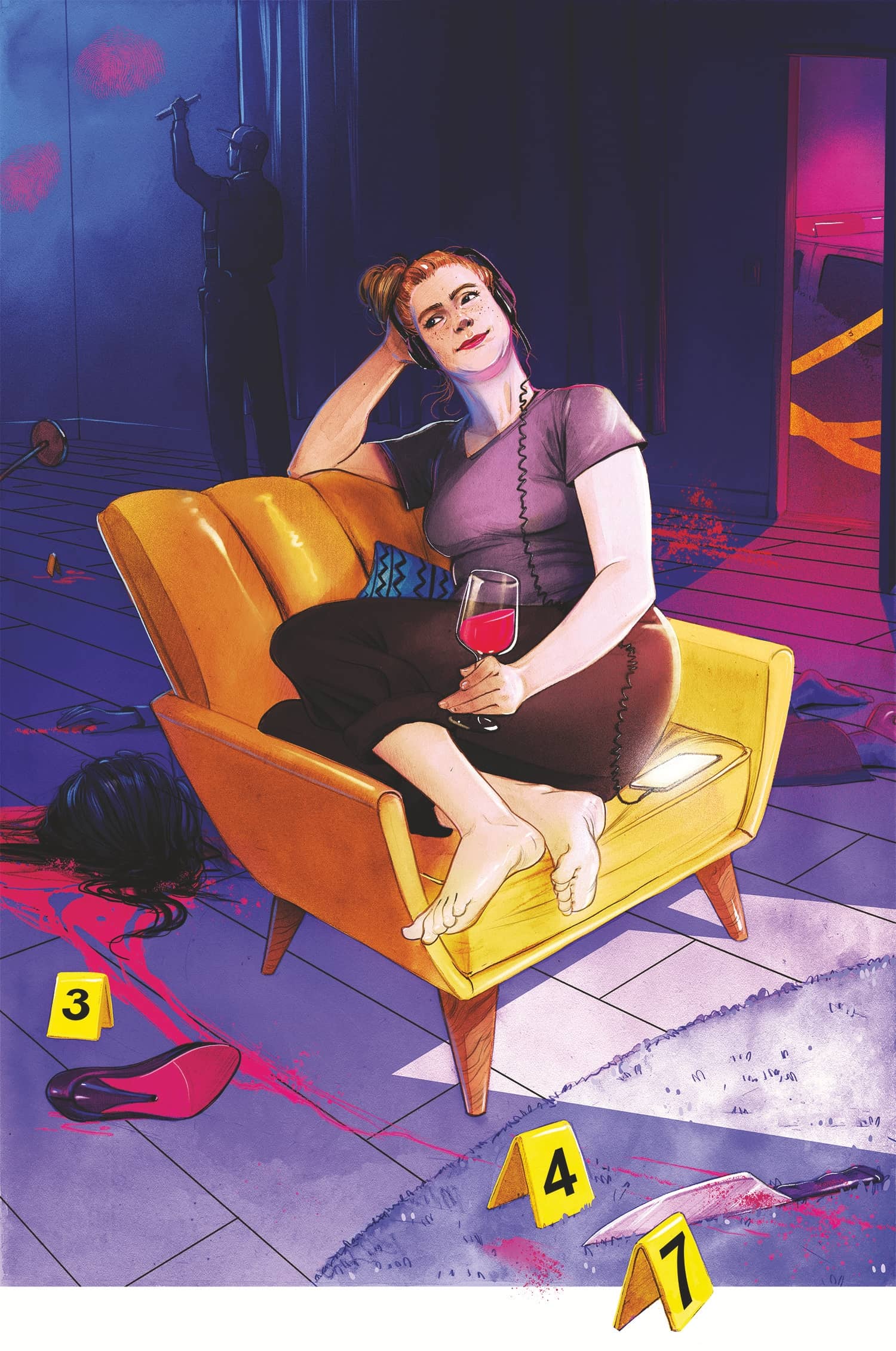 Why are so many women seeking escape through true crime podcasts?

I was walking down the street wearing big headphones. I wear them everywhere, like many women, trans, and queer people I know, to avoid hearing men’s street harassment. And in my headphones I was listening to a Dateline NBC podcast episode about a woman being murdered. It struck me as kind of sick—listening to stories of women’s suffering for my enjoyment in order to avoid a milder form of suffering in the real world. But that’s the appeal of the true-crime genre: We like it because it confirms that the world is dangerous and bad. But unlike the real world, in which men harass and assault and murder women, true crime can Always be switched off.

My true-crime fixation used to make me uncomfortable. Now I’ve accepted the addiction as part of my life. And that’s what it is—an addiction. It’s how the genre often describes itself. One of the most popular true-crime podcasts is called Crime Junkie. Another is called True Crime Obsessed, which hints at the guilt we feel for consuming the stories of people, mostly white women, being murdered. We know it’s bad for us, and yet, like with any addiction, we keep going.

Over half of Americans say they’re interested in true crime as a form of entertainment. Serial, the hit podcast spun off from This American Life in 2014, has racked up more than 340 million downloads. Netflix has released dozens of true crime documentaries, like Making a Murderer and more recently Killer Inside: The Mind of Aaron Hernandez. True crime junkies wear shirts that say things like “true crime, a glass of wine, bed by nine,” attend true crime conferences and live podcast recordings, where audiences cheer as the hosts detail the offender du jour’s punishment, and even sail away on pricey true crime-themed cruises.

As I’ve become more comfortable with my own addiction to true crime, I’ve begun to fret more about the genre as a whole—if I’m listening to stories of horror to block out real-world violence, what does that say about other true crime fans? What are we all blocking out?

1. LAST YEAR, the hosts of the megapopular podcast My Favorite Murder, Karen Kilgariffand Georgia Hard stark, released a book called Stay Sexy and Don’t Get Murdered. In it they argue that the same qualities they say can prevent you from being killed—sticking up for yourself, getting comfortable with being rude to men, not being a follower—are also the keys to happiness for women in work and relationships.

The book is semi-funny, in a lobotomized kind of way, filled not so much with jokes as with joke-shaped objects. It can be summarized by its first chapter, “Fuck Politeness.” “Little girls are taught to be polite, to smile pretty and sit up straight, to be nice and accommodating,” the authors write. “And then those little girls turn into grown-ass women who’ve spent years being polite to the detriment of their own wants, needs, and safety.”

“Fuck politeness” is similar to the refrain in Crime Junkie, which, like MFM, is hosted by two women who summarize cases based on others’ original reporting: “Be Weird. Be Rude. Stay Alive.” Both slogans can now be found on a variety of merchandise, from hoodies to PopSockets. There are even people out there with “stay sexy, don’t get murdered” tattoos.