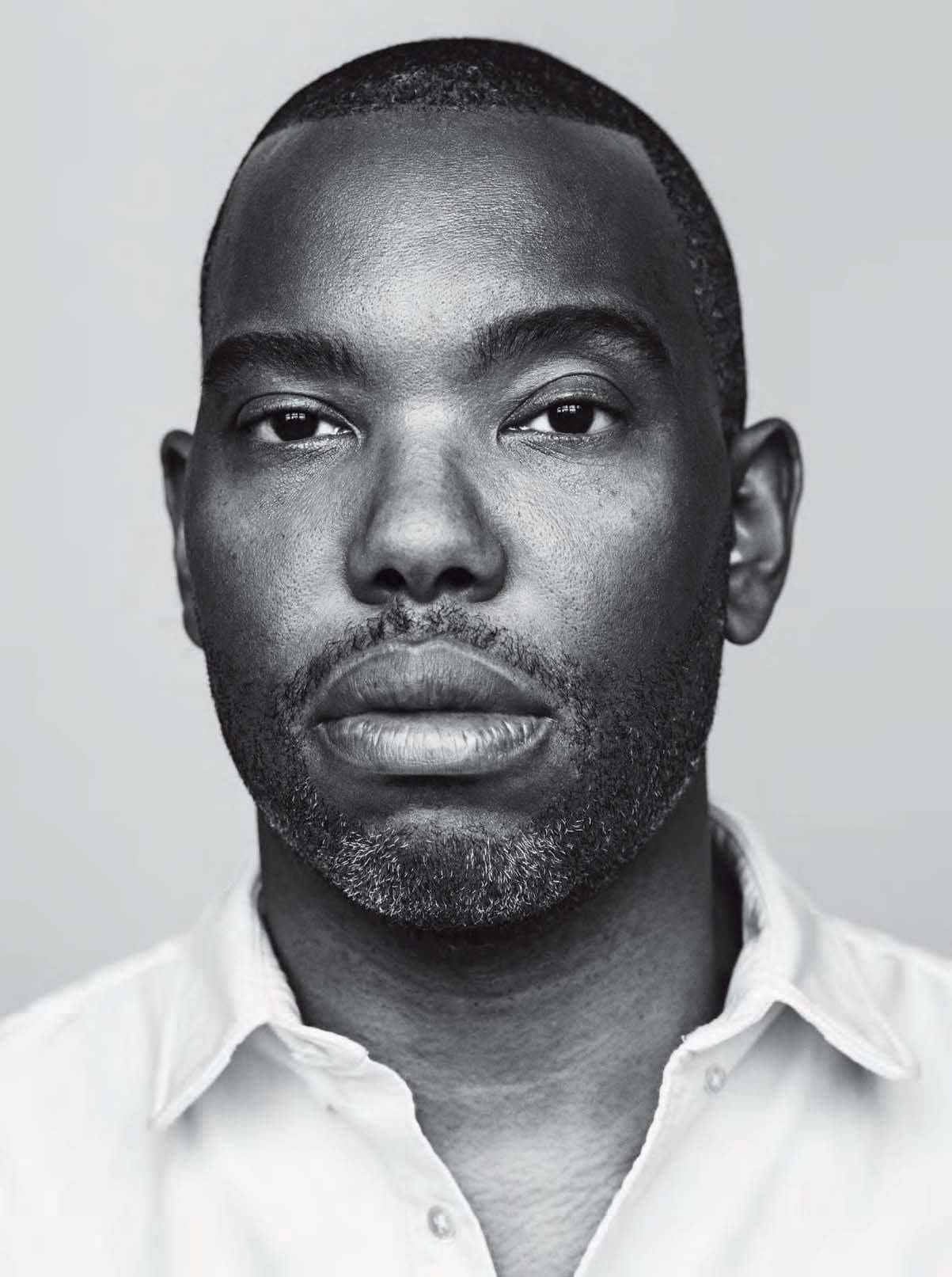 IF THE RACIAL POLITICS of the 2010s has a definitive chronicler, it is Ta-Nehisi Coates, whose magisterial 2014 Atlantic essay “The Case for Reparations” forced Americans to reckon with slavery, Jim Crow, and redlining. Since the essay’s publication—which eventually prompted a congressional hearing on the subject this year, at which Coates testified—the 44-year-old has won a National Book Award for his 2015 book, Between the World and Me, and was awarded a MacArthur “genius” grant. More recently, he’s been writing fiction: He scripted a run of Marvel’s Black Panther comic and published his celebrated first novel, The Water Dancer, which concerns an enslaved man gifted with supernatural powers in antebellum Virginia. Coates’s expansive imagination and incisive historically grounded writing about Barack Obama, Donald Trump, and cultural figures like Kanye West has cemented his status as a writer through whose eyes many Americans have come to understand the modern era—including me.

Let’s talk about race and politics in the 2010s.

It’s Obama’s 1 decade, unquestionably, which is not to say he was always the prime actor, but I think the force of a black president was such a seismic event that everything, including my conversation with you right now, just was touched by it. It’s really like if I had to pick a singular thing that defined the decade, it would probably be the thing that happened before the 2010s, and that was his election.

The actual start of the decade did mark the beginning of an ill-defined something in politics with the rise of the tea party. 2 How did 2010 affect your understanding of political partisanship? Is partisanship even a useful frame through which to understand racism?

I would probably say it the other way and say racism is a useful frame to understand partisanship since the 1960s. The Republican Party is effectively a white party in this country. It’s the party of a white majority that greatly fears becoming a white minority. As much as the tea-party movement in 2010 is just a line of demarcation, you have the current president’s invocation of birtherism, and birtherism is little more than telling the first black president, “Go back to Africa.” It’s not a mistake that throughout Obama’s presidency, you could poll the Republican Party and find anywhere from half to a solid majority of people who actually were birtherists. That’s not accidental. Racism is and was core to what the Republican Party is, which is not to say it has no manifestation and no effect in the Democratic Party.

Birtherism strikes me as one of the few things Trump has done that Republicans haven’t been explicitly willing to defend, even as they do stuff like rationalize his defense of white supremacists in Charlottesville. 3 But there’s also been no broader reckoning with its effect or with how successful it was in getting a number of current Republican representatives into office, either.

Totally. Some of them know better, but that’s always been true. George Wallace— you know his story. Wallace 4 was liked by the NAACP and was liked by black people, and his earliest campaign for governor did not want to make segregation and racism central to his campaign. Then he lost to a guy who did that. He said, “I will never be out-n-----ed again.” He said, “I tried to talk about good roads and good schools and all these things that have been part of my career, and nobody listened. And then I began talking about ‘n-----s,’ and they stomped the floor.” It’s a guy that probably knew better. Some of these folks, if they are not racist themselves—and I’m willing to grant that—they don’t find racism so odious and so offensive that they either (a) would not stoop to using it themselves or (b) don’t mind the occupant of the White House using it or being a racist himself.

You’ve said that Obama’s presidency made your work possible in that it created this interest and audience for your work. If that’s the case, why do you think people gravitated toward your fairly downbeat analysis of Obama?

I really don’t know. I’ve always thought of my job as to try to arrive to some sort of truth, render that truth in a way that is as convincing and as powerful as possible to myself, and then present it to the world. But why people are moved by the things they are moved by, I don’t know. I will say this: I think I am one who has always been attracted to the power of storytelling, whereas if I were, say, a columnist at the New York Times, I don’t know that that effect would’ve held in the same way.

Do you think what Obama made possible in political conversation extends to this resurgent interest in black cultural products? I’m thinking of stuff like Black Panther, Barry Jenkins’s work. 5

I really do, because I think there are two ways of analyzing Obama. There’s a politics of him, and there’s Obama as a mythical figure, the symbolic aspect of what he is. I think symbols are really, really important. There’s a reason people fight over the Confederate flag. There’s a reason that Charlottesville starts with wanting a statue of Robert E. Lee to remain. Symbols open people’s minds to what’s possible. It actually was quietly really important that while Barack Obama never disguised the fact that he was biracial, he identified as a black man. He was really clear about that. He managed to assert himself as a black person without any sort of denialism about what his actual ancestry was. That was really inspiring to a lot of black people and a lot of white people. I don’t think it was enough, but I think one should not underestimate the power of Obama as a symbol of the first black president.

Because I’ll tell you one thing, if Obama, let’s say, had been Bill Clinton, right? Like if Obama had been credited to all these rumors of him womanizing or fraternizing with all these white women, and if he had been found to have, God, forbid, actual rape allegations on top of that, and if he had been found to, I don’t know, carry on an affair with some 22-year-old white intern, the effect would have been devastating. Negroes would have been hanging their heads like, I cannot believe, and that’s about the symbolism. That’s not about policy.

Yeah, it probably did. People forget that Obama is immensely popular with black people, like probably the most popular person maybe after his wife. There’s something in black folks that they feel good about when they see him. And there probably is a critical mass of white people who feel good, maybe for other reasons, but feel good themselves. Part of that is about the way he conducts himself in public. Before Obama, most famous black people were all entertainers. And now you got an actual head of state who conducts himself in a way that you would want your son to conduct himself.