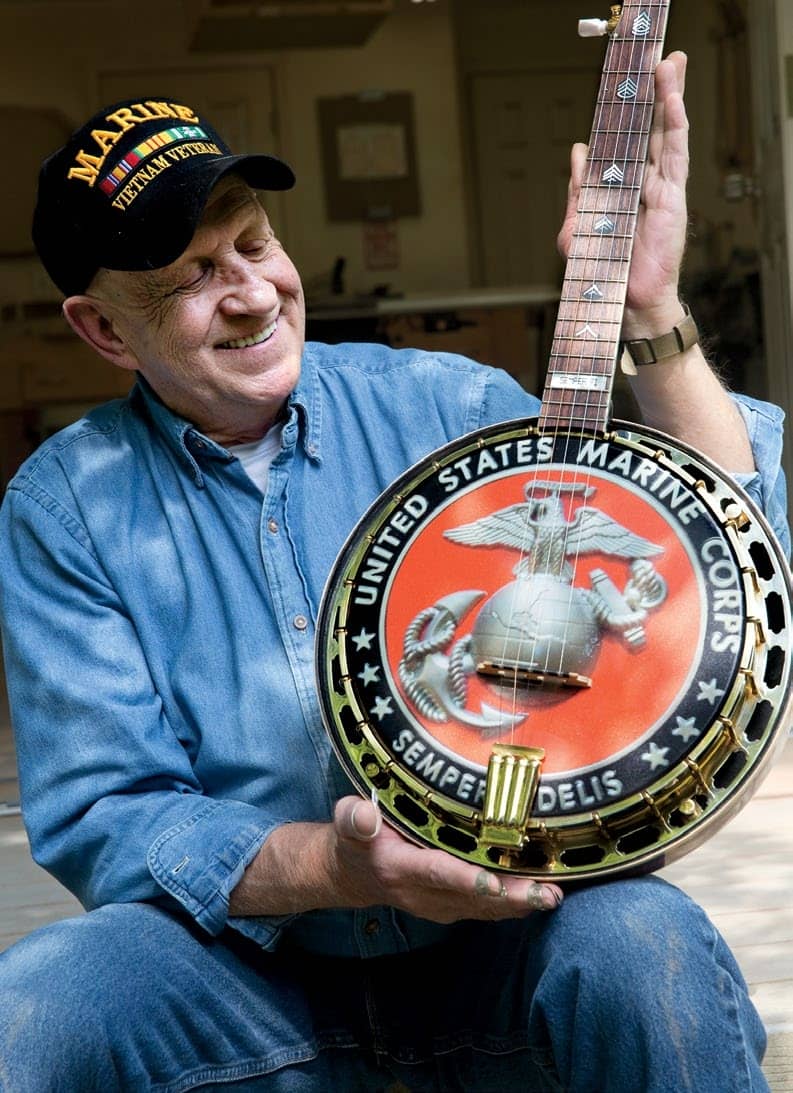 This Marine veteran was tormented by memories of the Vietnam War. Learn how music was his salvation

I pulled a piece of curly maple from a stack at the specialty wood shop. I checked its color, its grain, its sturdiness. This would be the neck of the banjo I was building. It needed to be exactly right. To feel right in my hands, right from the start.

I’d built dozens of banjos over the years, but this one was different. You could say my life’s story would be in this banjo. A lifetime of mistakes, self-destruction and redemption. I wanted this banjo to tell that story, to share my truth, every time it was played.

At last I found the perfect piece. I loaded it into my truck and headed for my workshop at home.

I grew up outside Washington, D.C., not far from where I now live in Virginia. It wasn’t a happy childhood. My dad was a quiet man, a hard worker. But when he drank, he became mean.

I was terrified of ending up like him. As soon as I was old enough, I joined the Marines. The Vietnam War was on, and I landed in the middle of it.

My tour lasted 13 months. I came home haunted by what I’d seen over there. Haunted too by a question: Why did I make it back when so many of my friends didn’t?

I hadn’t realized how strongly public opinion had turned against the war. The first time I went out wearing my uniform, I was taunted and spat on. In the eyes of some people, I was a monster, a killer.

I didn’t know what to think. I had served my country. But I’d also witnessed horrific suffering. Death and destruction. I put my Marine uniform away. I would try to forget all about Vietnam and just move on with my life. 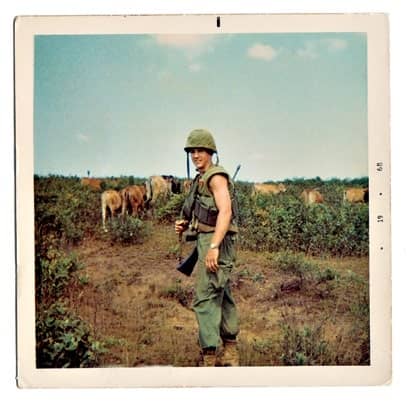 I unloaded the piece of curly maple from my truck and took it to the workshop I’d built behind my house. I set it on a band saw and cut it into the right shape, inhaling the sweet scent of the wood. I sanded it smooth and added a tinted finish, bringing out the rippled pattern in the grain.

I worked odd jobs after the war—gas station attendant, electric company technician. I’d gotten married just before the war, and we had two daughters. I wanted a quiet, normal life.

Then my wife got in a car accident; the man I’d become after Vietnam was no good at caregiving. We eventually divorced. I left my family and barely stayed in touch with my daughters.

I found work as an auto mechanic in Annandale, Virginia. One day at lunch, the shop foreman pulled a fiddle from a case and another worker got out a guitar.

“Do you play anything?” the foreman asked me.

“No,” I said. I loved music but had never learned an instrument.

“We could use a banjo,” said the foreman.