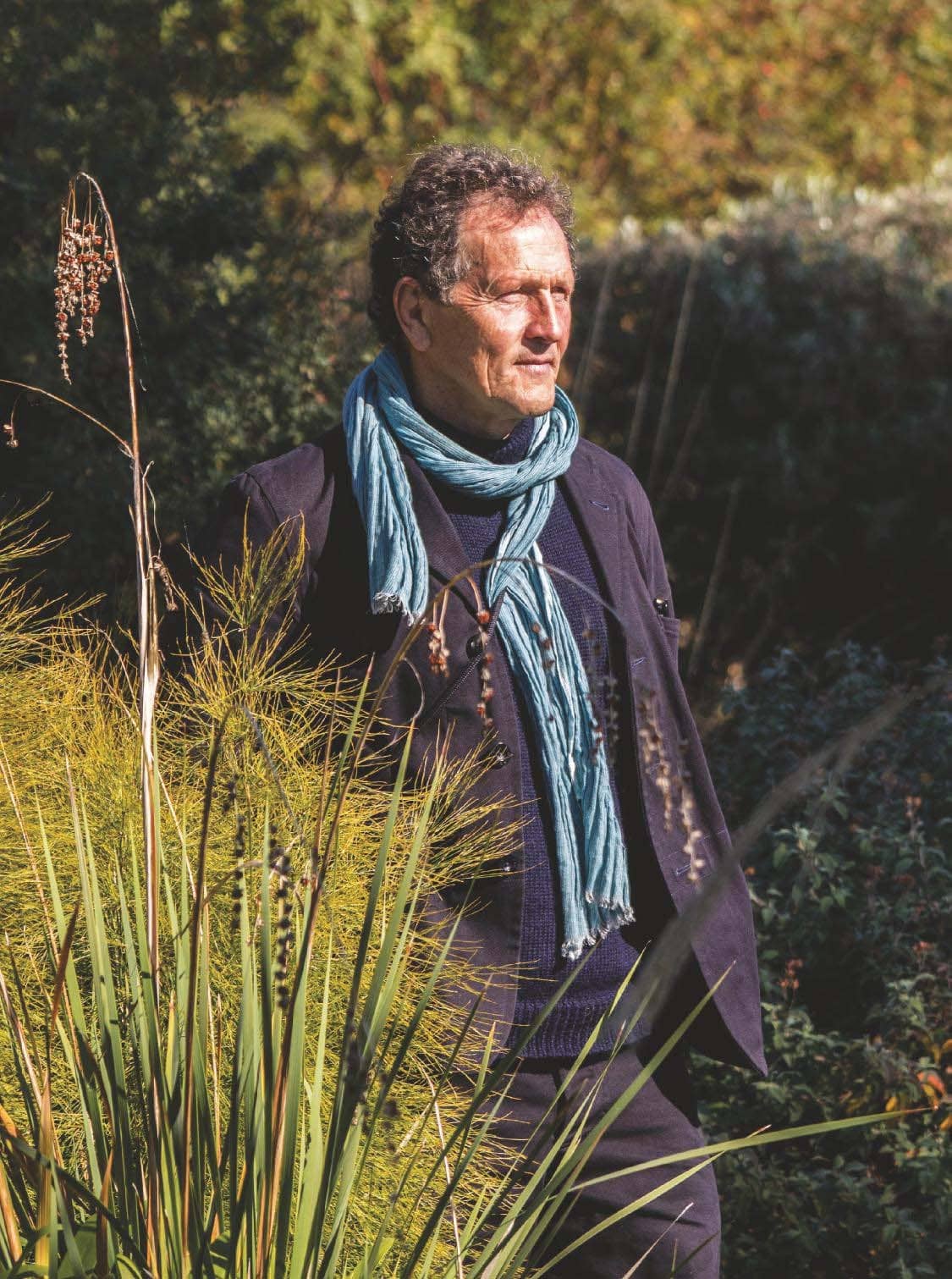 FOR many in the country, the gloriously sunny first months of lockdown offered a chance to spend more time in the garden, to get to know our Salvia pratensis from our S. nemorosa and to monitor the passing hours with shifts from hammock to lounger. Britain’s Gardener in Chief, however —in what is typical of the way he works—knocked out a mere 300,000 words, putting to bed two new books.

It has not been an easy year for Monty Don, whose much loved golden retriever, Nigel, died in May aged 12. The nation mourned the loss of arguably the star of Gardeners’ World, who never left his master’s side— except to chase after a tennis ball. Nigel was a natural, on set all day long and more than content to take up his position and to repeat takes over and over again. By contrast, Nellie, the Dons’ other golden retriever, gets bored and disappears after about three minutes.

Monty’s new dog, Patti, is a Yorkshire terrier. She arrived as a tiny puppy about a year ago and became great friends with Nigel, who allowed her to crawl all over him. Now Patti is showing all the makings of a new star; as with Nigel, this is never set up to please the camera, but ‘she wants to be involved’.

A typical terrier, ‘she chases around all day and becomes bossy and contrary and grumpy in the evenings’. The family also has two miniature dachshunds, Brenda, 14 and smooth-haired, and 10-year-old, wire-haired Peggy, but, says Monty, they do not like being filmed.