Are You Ready For The Quantum Computing Revolution? 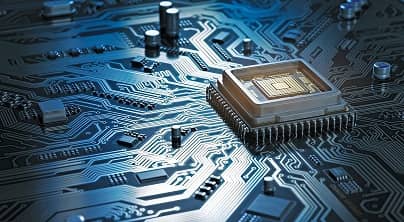 Quantum physics has already changed our lives. Thanks to the invention of the laser and the transistor — both products of quantum theory — almost every electronic device we use today is an example of quantum physics in action. We may now be on the brink of a second quantum revolution as we attempt to harness even more of the power of the quantum world. Quantum computing and quantum communication could impact many sectors, including healthcare, energy, finance, security, and entertainment. Recent studies predict a multibillion-dollar quantum industry by 2030. However, significant practical challenges need to be overcome before this level of large-scale impact is achievable.

Although quantum theory is over a century old, the current quantum revolution is based on the more recent realization that uncertainty — a fundamental property of quantum particles — can be a powerful resource. At the level of individual quantum particles, such as electrons or photons (particles of light), it’s impossible to precisely know every property of the particle at any given moment in time. For example, the GPS in your car can tell you your location and your speed and direction all at once, and precisely enough to get you to your destination. But a quantum GPS could not simultaneously and precisely display all those properties of an electron, not because of faulty design, but because the laws of quantum physics forbid it. In the quantum world, we must use the language of probability, rather than certainty. And in the context of computing based on binary digits (bits) of 0s and 1s, this means that quantum bits (qubits) have some likelihood of being a 1 and some likelihood of being 0 at the same time.

Such imprecision is at first disconcerting. In our everyday classical computers, 0’s and 1’s are associated with switches and electronic circuits turning on and off. Not knowing if they are exactly on or off wouldn’t make much sense from a computing point of view. In fact, that would lead to errors in calculations. But the revolutionary idea behind quantum information processing is that quantum uncertainty — a fuzzy in-between “superposition” of 0 and 1 — is actually not a bug, but a feature. It provides new levers for more powerful ways to communicate and process data.

One outcome of the probabilistic nature of quantum theory is that quantum information cannot be precisely copied. From a security lens, this is game-changing. Hackers trying to copy quantum keys used for encrypting and transmitting messages would be foiled, even if they had access to a quantum computer, or other powerful resources. This fundamentally unhackable encryption is based on the laws of physics, and not on the complex mathematical algorithms used today. While mathematical encryption techniques are vulnerable to being cracked by powerful enough computers, cracking quantum encryption would require violating the laws of physics.