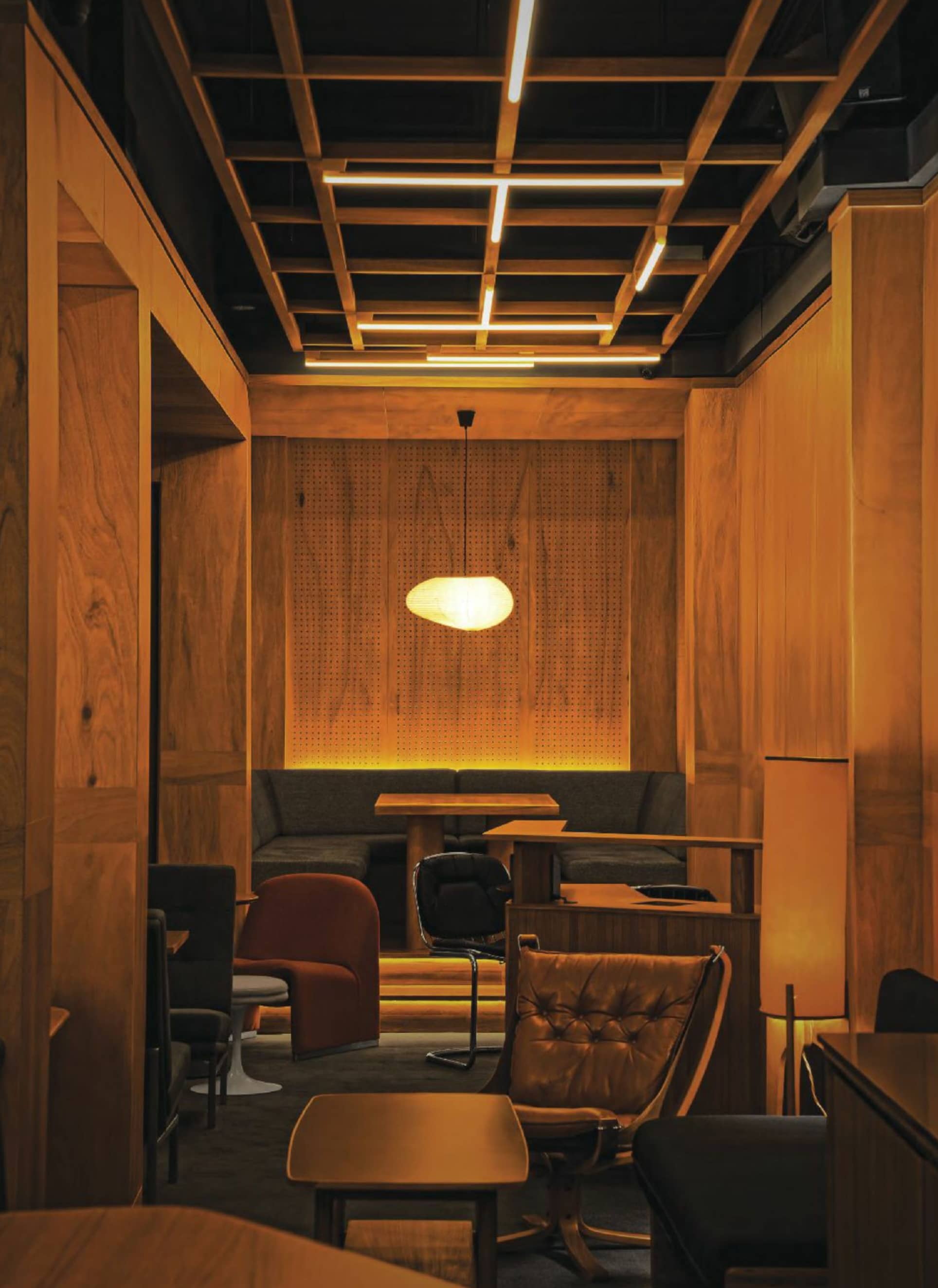 In Live Twice’s filmic and vintage atmosphere concocted by Hui Designs, one becomes a willing accomplice to the nuanced tableau of social and gastronomic tête-à-tête.

Luo Jingmei
Live Twice is a designer’s haven. The small bar, designed by Lim Siew Hui of Hui Designs for the Jigger & Pony Group, is a cozy cocoon of timber and mid-century modern furnishing. The illumination is atmospheric and beckoning. A gridded Japanese shoji screen framing the entrance transports patrons from the quaint streets of Bukit Pasoh to a sublime mise en scène that is not unlike a scene from a Wong Kar Wai film.

Thematically, there is nothing quite like Live Twice in Singapore. Space formerly housed The Flagship – another whiskey and cocktail bar by the same client but with a different concept. An admirer of the Japanese mid-century modern aesthetic, the client tasked the designer, who goes by the moniker Hui, to capture this spirit in the interior design. The style originated from the German Bauhaus, crossed into the International Style and was popularized by the likes of architects and designers such as Josef Eichler, Charles and Ray Eames, Eileen Gray, George Nelson, and Eero Saarinen. It was well-embraced by the Japanese who are drawn to its simplicity, fine craftsmanship, and natural materials — qualities that are inherent in their own culture.

The setting Hui created is as much the bar’s protagonist as the menu. It features cocktails with names like First Light — a concoction of Haku vodka, coffee flower distillate, brewed coffee, plum, juice, and cascara — and a curated offering of yõshuku (Western-influenced snacks) comprising wasabi cheese terrine and pork Sando (sandwiches). To make the long and narrow space cozy, Hui alternates alcoves with clusters of Bauhaus and mid-century modern classic furniture, casually placed like in a domestic setting. There are vintage Knoll tables, Giancarlo Piretti’s iconic Alky chairs, and 1970s-designed Falcon chairs by Sigurd Ressell.