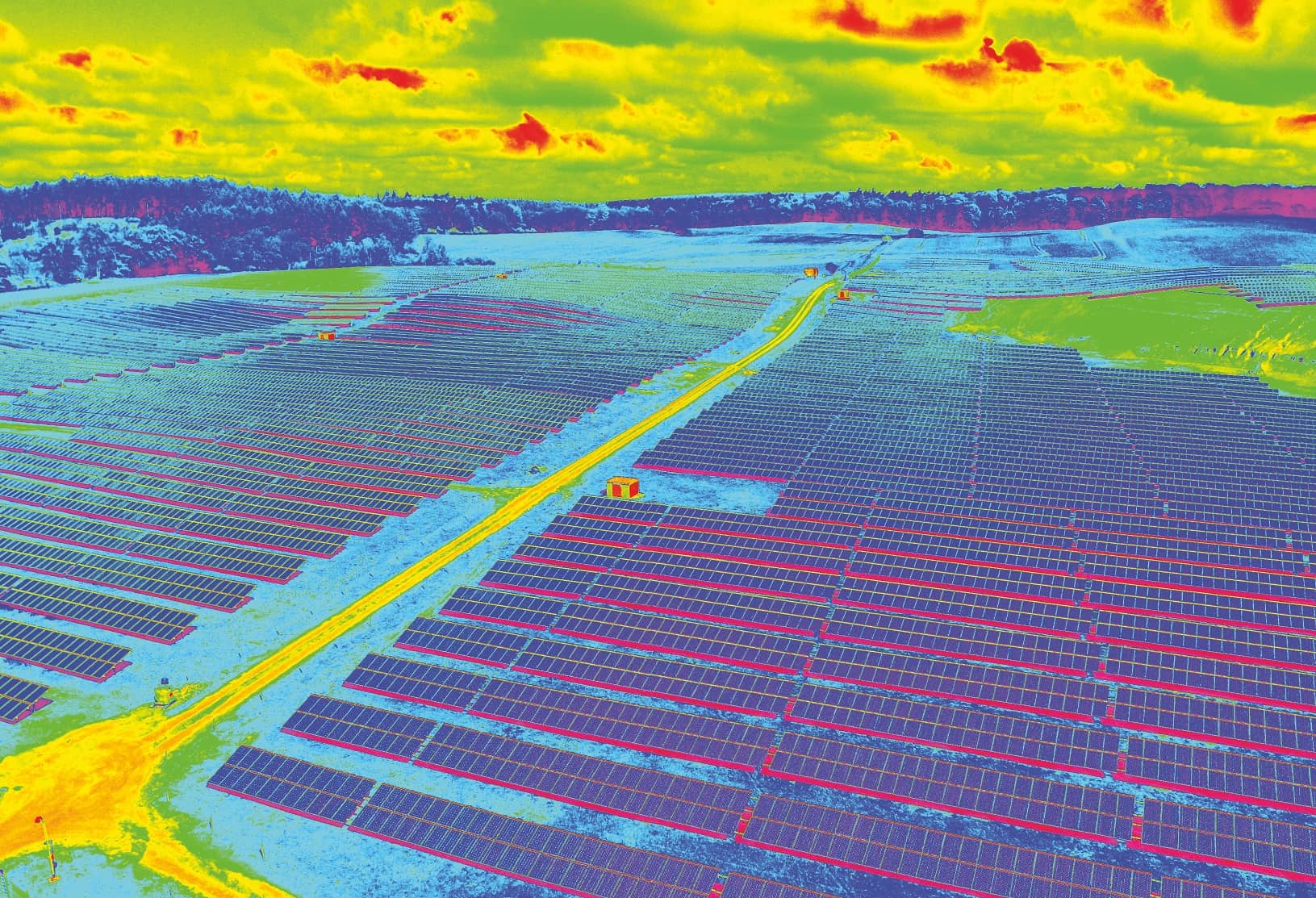 SEE THE WORLD IN A NEW LIGHT

Equipping your drone with a thermal-imaging camera is exactly the same as mounting an ordinary visible-light camera, with one crucial difference: the wavelengths of the photons its sensor detects. Apart from that, everything else works exactly the same, even though you are seeing the world in a whole new way.

To understand the pictures produced by a thermal-imaging camera, let’s first take a moment to understand how we perceive visible light, either with a conventional electro-optical (EO) camera—military-industrial-complex jargon for a video or digital still camera—or even our own eyes. We see the world around us when our retina absorbs photons either emitted or reflected by an object in the environment. Objects that emit visible light include the sun, lightbulbs, and computer screens, and objects that reflect light include every material substance in the universe. An EO camera works in exactly the same manner, substituting an electronic sensor for our retinas. As Sir Isaac Newton taught us, the different colors we perceive are the result of variations in the wavelengths of the photons. Those with the longest wavelengths we perceive as the color red, and those with the shortest wavelengths appear violet to our eyes; in between lies the familiar spectrum of the rainbow. Of course, visible light is just one narrow slice of the much wider electromagnetic spectrum. The shortest wavelength belongs to the potentially deadly—and Hulk-creating— gamma rays, measuring a single picometer, or one trillionth of a meter. The longest are extremely low-frequency radio waves, with wavelengths up to 100,000 kilometers. The wavelengths that lie just beyond our visual perception are called “ultraviolet” and “infrared,” depending on whether they are shorter or longer than the corresponding visible spectra.

What a thermal-imaging camera allows you to do is perceive a portion of the infrared spectrum as if it is visible light. You can recognize familiar shapes—people, cars, trees, and buildings—but instead of perceiving emitted or reflected light, what you are actually seeing is emitted or reflected heat. 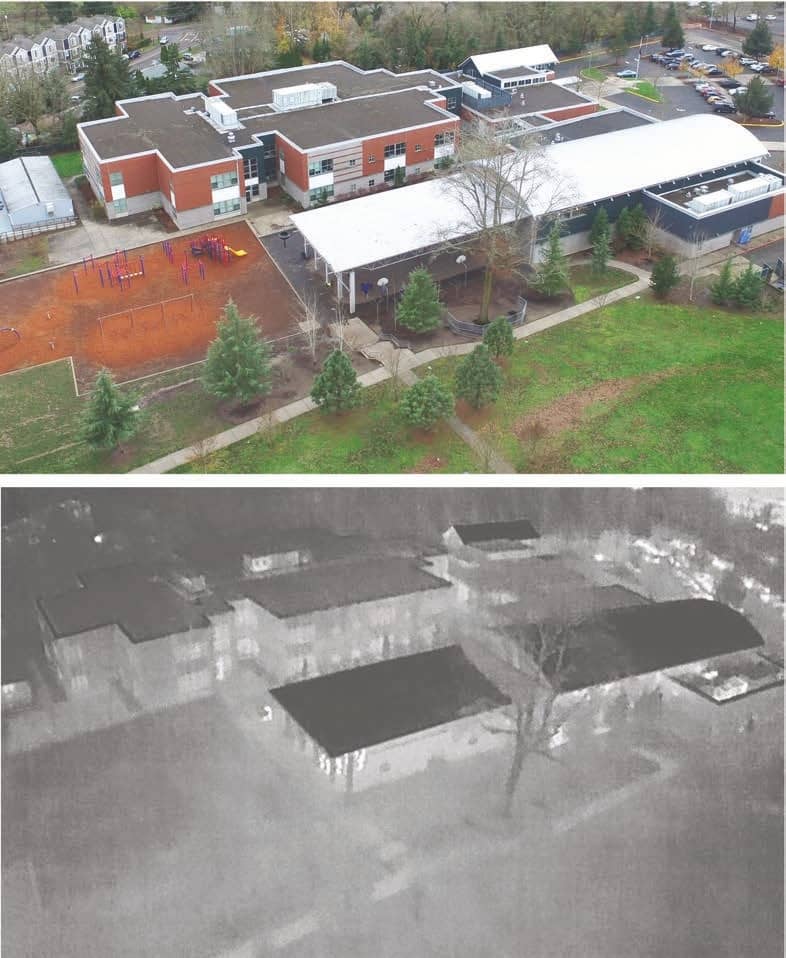 Needless to say, this change alters your perception of the world in ways that are both subtle and profound. The first thing to understand is that different temperatures have no colors intrinsically associated with them. Consequently, the camera must assign colors where none exist, and you can alter them depending on the specific circumstances and your own preferences. All thermal imaging cameras incorporate a number of predefined color palettes, which determine how temperatures will be represented. The U.S. military commonly employs a “black-hot” color palette, where the warmest object in the camera’s field of view appears to be black and the coldest appears to be white. Civilian search-and rescue teams often rely on the opposite: a “white-hot” color palette. Numerous other options exist, with names like “Arctic,” “Fusion,” “Rainbow,” and “IronBow,” although many of these are often reserved for applications such as industrial inspection and scientific research.