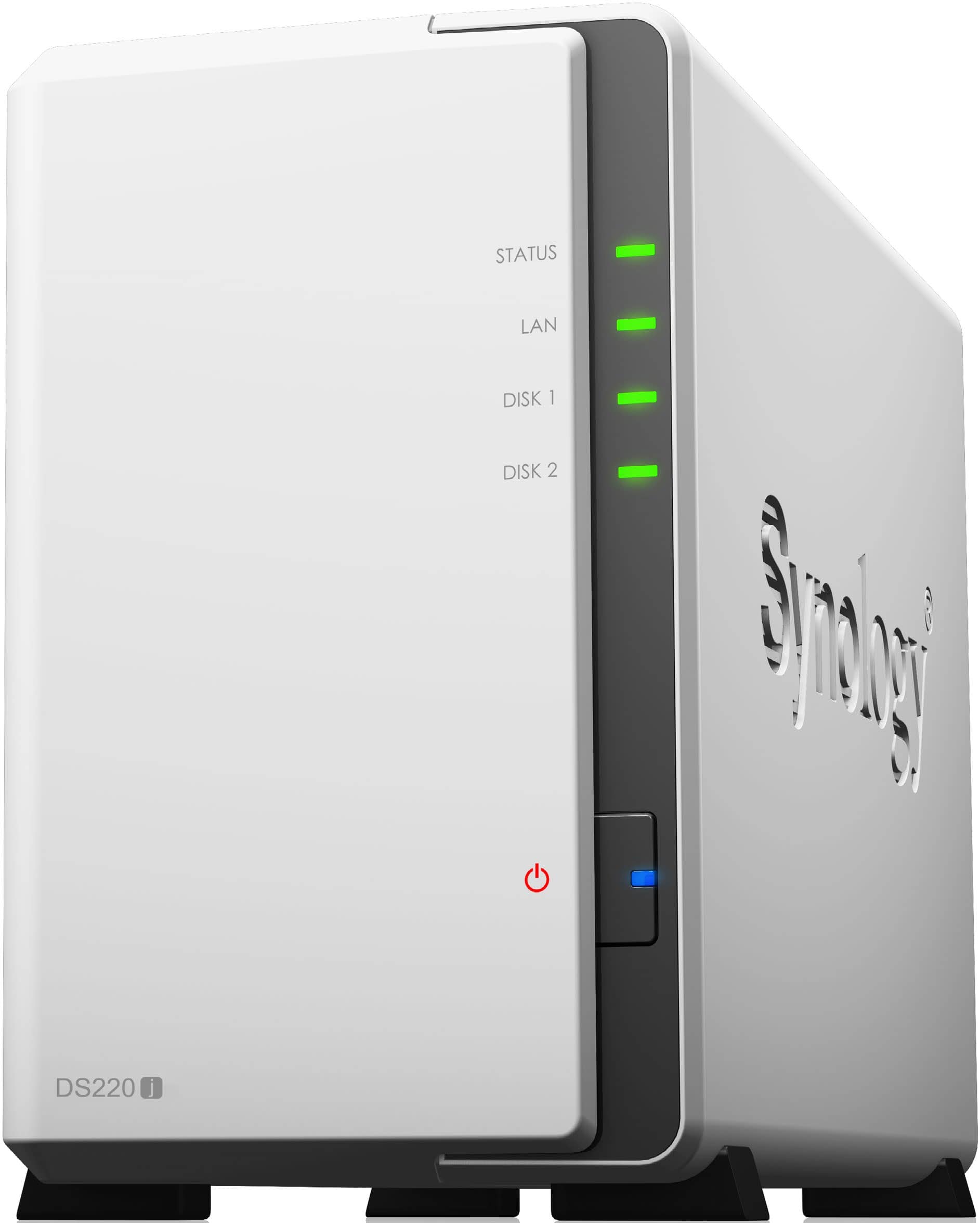 Synology’s DS220j is the latest addition to its line of two-bay entry-level network-attached storage (NAS) boxes and is the 2020 upgrade to 2018’s DS218j. As an entry-level box, you don’t get the on–the– fly video transcoding seen in Synology’s “Play” series, but there’s still plenty here for anyone looking for network storage.

Both units ship with 512MB RAM (though in the 220j it’s DDR 4, compared with DDR 3 in the 218j) and support a max of two 16TB drives. External ports are the same, too: one gigabit Ethernet and two USB 3 sockets. It’s a modest upgrade, but if you’re looking for your first NAS, don’t be put off by that. In any NAS, hardware is only part of the story — it’s the software that sets Synology’s range apart, and its Disk Station Manager (DSM) is great. It supports RAID 0 and RAID 1, so you can use the two drives to boost performance or mirror each other to provide redundancy.

DSM supports Plex, among many other packages for added functionality, such as backing up using Acronis True Image, running a fileserver, downloading from BitTorrent, hosting a blog, or running servers for contacts, mail, or calendars.