The Age of 'Empire' 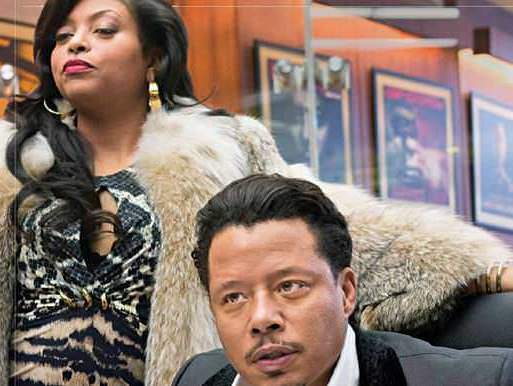 Behind the scenes with the creators of TV's ruling hip-hop label.

The team behind Empire is facing a problem the Lyons family knows all too well: How do you follow a hit?

Lee Daniels Slouches down into one of the beige sofas in the lobby bar of the Beverly Hilton, warily eyeing the young man arriving for his shift behind the piano—“He better not! Or we gonna have to move”—and waiting for the margarita he is drinking to kick in. Daniels seems to be in several performative moods at once—ebullience, righteous dudgeon, and confessional intimacy—while keeping an eye on how his listener responds to each. But there is a lot distracting him these days.

He is here on this August afternoon after promoting the triumphal second season of the soapy pop juggernaut he co-created, Empire, before the members of the Television Critics Association, who had assembled, MacBooks open, in the hotel ballroom, to be fed the fall season by the Fox publicity team. Daniels was on a panel with Empire’s showrunner, Ilene Chaiken, best known for creating The L Word; Empire’s producer, Brian Grazer; and Taraji P. Henson, the actress who, by playing the indomitable ex-con ex-wife Cookie Lyons, has become one of the most famous women in America and was recently nominated for an Emmy.

The TCA event is more ritualistic than journalistic, as reporters stand and wait to be handed the mike to recite their questions. One reporter had asked, with exquisite codedness, why it was that “general market audiences” might be so interested in this type of show. “Do you see a little bit of Suge [Knight] in Cookie?” he’d wanted to know. Daniels had responded archly: “There’s a lot of sugar in Cookie!”

But mostly, during both the panel and our time together, Daniels kept going back to his sense of mission, of pushing boundaries, of showing things outside of the experience of “general-market audiences”: “When I’m afraid—Oh my God, are we really going to do this?—then I know I’m in a safe place,” he says. “We want to continue to tell tough truths.”

The panelists promised more bling, backstabbing, and celebrity cameos this season, too, with the gangsta rapper turned business titan patriarch (and Cookie’s ex) Lucious Lyon in prison for murder, and his gay son, Jamal, turning himself into, as Daniels puts it to me later, Michael Corleone.

“When I saw what they were doing” with the new season, Henson said from the stage, “I said, ‘You’re taking apart the machinery of the show.’ ” She looked at Chaiken. “And Ilene said …”

“I’m not going to say those words,” Chaiken demurred.

So Daniels did, with cackling defiance: “We’re going to fuck shit up!”

Empire First Aired in January 2015, and its blitzkrieg conquest of the Zeitgeist was immediate. It seemed to confirm that, with the right show—Daniels framed it as a “black Dynasty” while his co-creator, Danny Strong, conceived of it as a “hip-hop Lion in Winter”—network TV could still do something like what it used to do, when Aaron Spelling and Norman Lear ruled the airwaves. Abetted by social media and late-to-the-party streaming, it was the first show in decades to have its Nielsen ratings go up five weeks in a row; the finale attracted 17 million viewers (and generated hundreds of thousands of tweets). This past spring, Empire even goosed the music business it fictionally portrays (it’s really set in something more like the ’90s music business, Chaiken admits to me later) when its soundtrack debuted at the top of “The Billboard 200” and songs like “Drip Drop” and “Good Enough” each earned north of 10 million streams. (Chaiken says a streaming story line will be added this season to try to make the music-business side of the show feel more up-to-date.)

The trick is how to keep it popping—for 18 episodes, up from the first season’s dozen, each packed with lunatic plot twists. To help inspire him, Daniels, 55, has been rewatching Dynasty with his boyfriend, who’s 33 and had never seen it before. “Dynasty is a motherfucking beast,” he declares at the bar, where the boyfriend, who has a fantastic, blown-out pompadour, is sitting nearby. “It’s fierce. It’s beyond. I’m watching it and thinking, Oh my God, we’re not as good as Dynasty. It upped my game.”

Henson had swung by the lobby bar earlier, wearing Alaïa studded black stilettos and elaborate Cookie nails that coordinated well with her tasteful, unCookie-like green Cushnie et Ochs dress. She knew the show was a hit by the second episode. “Because I’m an avid social media user,” she says, ordering a vodka– and–grapefruit juice. “I saw that the word is spreading. And when I started seeing more faces like yours”—she waved her manicure at me, and I’m without a doubt quite white—“on my timeline, I knew we’d crossed over.”

Part of the thrill of the show for those involved is that it redefined the concept of what a term like general-market audiences means. Celebrity skirmishes over representation and identity between the likes of Nicki Minaj, Kanye West, and Taylor Swift aside, pop music has moved far more quickly than film and television toward understanding this shift; for those under 30, no matter what race they are, hip-hop has always been the power center of pop culture.

A vision to hold onto
Angels on Earth
2 mins read
thumbs up! and thumbs down!
Soap Opera Digest
5 mins read
WELCOME TO the BIG apple
Faces - The Magazine of People, Places and Cultures for Kids
3 mins read
Creating Your Life
Diversity Rules Magazine
2 mins read
Invest in a Landmark
Kiplinger's Personal Finance
5 mins read
Holiday Angels - Cookies From Scratch
Angels on Earth
6 mins read
Alcohol Is Everything In Romero Games' Prohibition-Era Game
PC Gamer US Edition
3 mins read
‘I'd Rather Be In Control Of My Own Destiny'
Entrepreneur
2 mins read
8 Oatmeal Cookies For This Holiday Season
Delight Gluten Free
8 mins read
It's Time To Throw A Cookie Party For Your Crew
Girls' Life magazine
1 min read