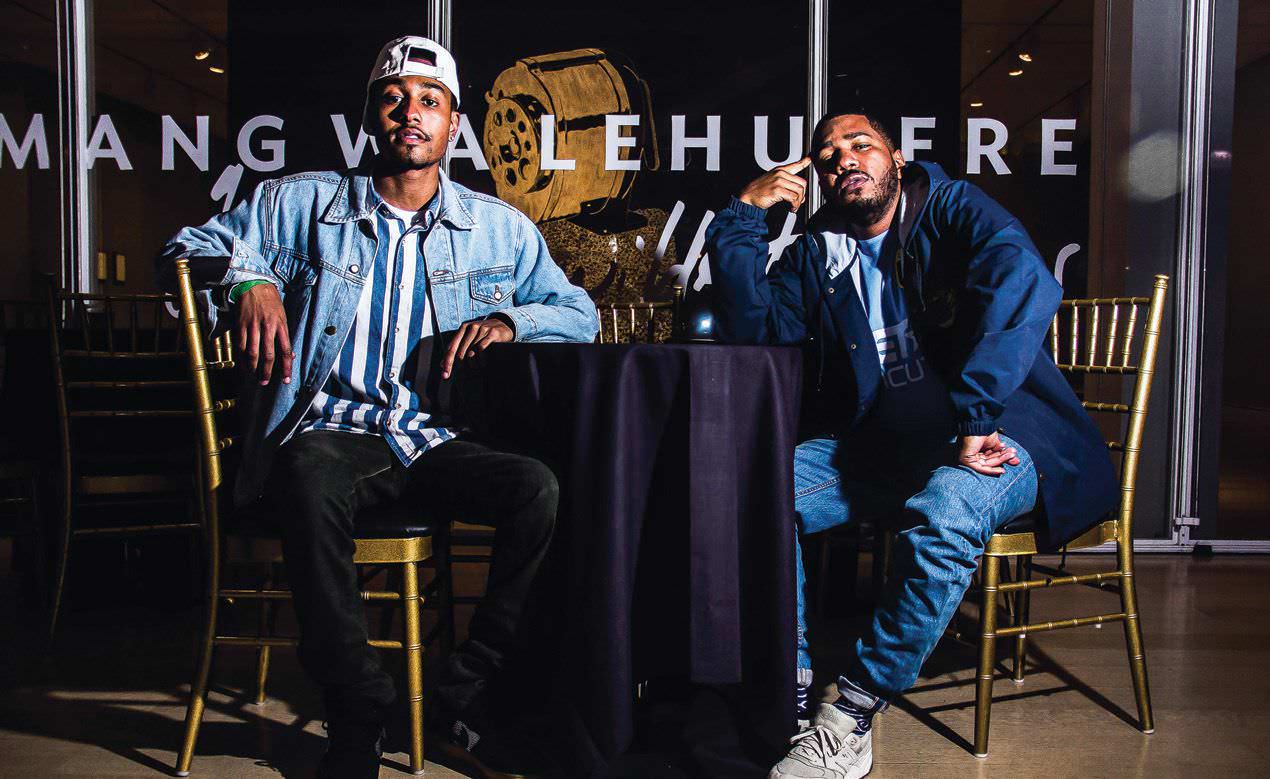 The Cool Kids are officially back. After a lengthy hiatus, Mikey Rocks and Chuck Inglish have decided the timing was right to pick up where they left off and have already released two new singles: “Running Man” and “Connect Four” ahead of their upcoming 2017 release, Special Edition Grand Master Deluxe. As the duo was in Miami attending Art Basel, they had some time to talk about their reunion, rappers going crazy and why 2008’s The Bake Sale EP never would have happened without skateboarding and Vicodin. —Kyle Eustice

Nice to have you back. One of my favorite tracks is “Gold And A Pager” from 2008’s The Bake Sale where you sample N.W.A.

Chuck: Ha. Tight. On the newer ones, we’re not trying to pay attention to what we did before. We’re just trying to be us now and make stuff that’s cool. It seems to be working out. Everybody loves the two singles we put out and I wouldn’t say bottom of the barrel because we don’t make bottom of the barrel stuff, but these are not album songs and people are gravitating to them.

I played “Connect Four” five times the day it came out. You guys were definitely missed. After saying The Cool Kids are “never coming back,” what changed?

Mikey: At the time, we wanted to give ourselves room to grow as artists instead of just as a group. Since the beginning, when you’re attached at the hip for a couple years, you kind of fall into a groove of working as a duo for everything and there’s time when you really need to go off and venture off on your own to work on yourself a little bit more and to gain new abilities you didn’t really have before.

What did you learn?

M: We wanted to make it a thing where it’s not just, like, “Oh, Cool Kids are making a new album.” We’re always together whether it’s on something that’s media based, clothes, film— whatever. We bounce things off each other and making decisions as a group even when we’re not rapping together. We kind of wanted to build that mystique, so you couldn’t just lock us in to just that. That’s not just what we’re about to be doing forever. We’re building a lot of other avenues that will make perfect sense as soon as we can unveil them. We wanted to make it so we can branch into different mediums to be able to be respected in those not just because we’re rapping. We wanted to be substantial figures in those realms too. Sometimes you gotta flip to make that happen. The timing was better to come back as a group now then two or three years ago. That was not a good time.

Why do you say that?