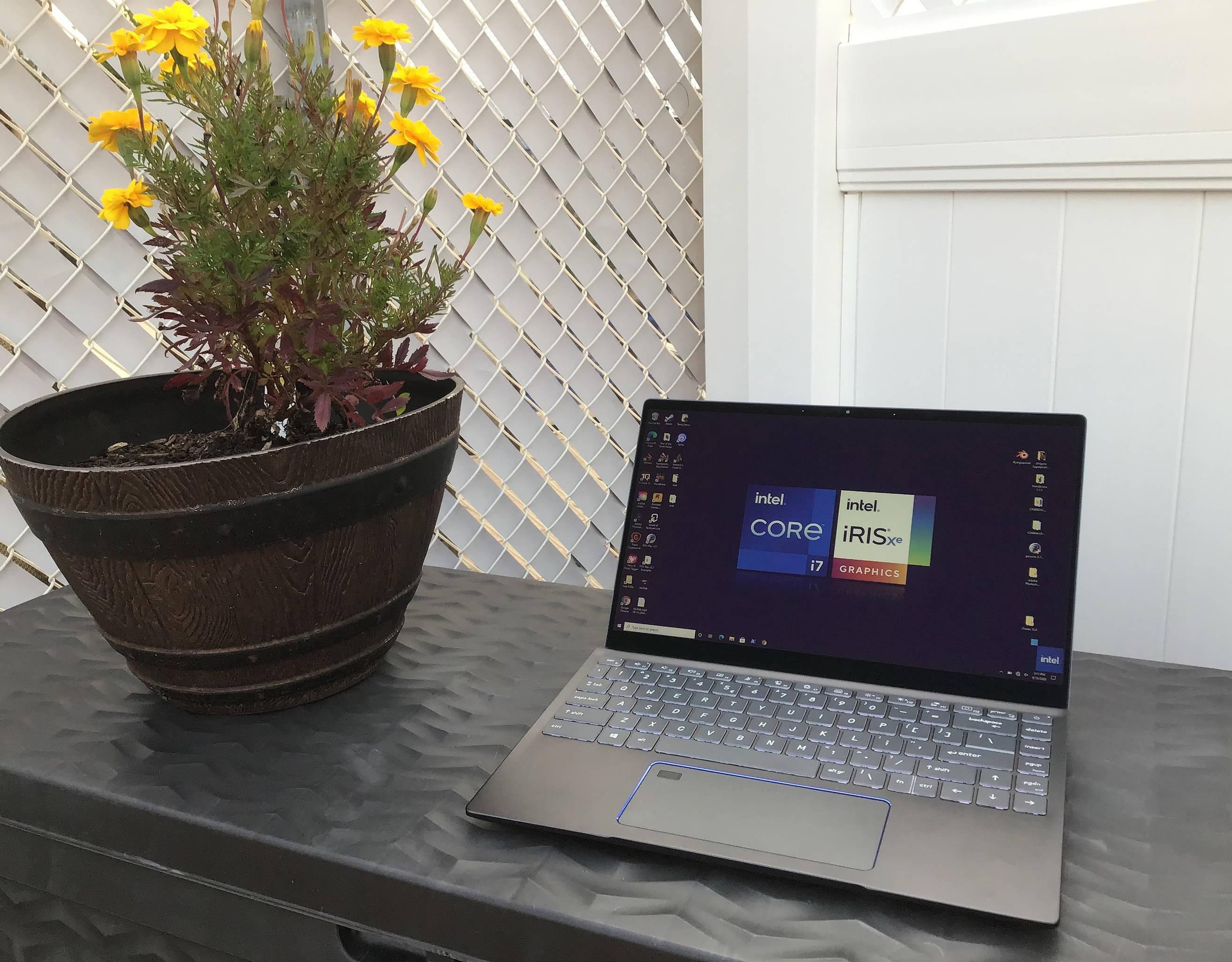 In early September, Intel pulled back the curtain on its 11th generation of mobile processors, known by the code name “Tiger Lake.” The first chips will appear as members of the long-running U-series of processors, designed for mainstream and ultraportable laptops.

In our early tests with a Tiger Lake Core i7 factory sample, we found the overall productivity and media performance to be a solid incremental improvement. But it’s the integrated graphics upgrade that particularly caught our attention. In short, it’s big.

Core i5 and i7 Tiger Lake processors (the Core i5-1130G7 and the Core i71185G7, for example) will come with integrated Intel “Iris Xe” graphics, which Intel has touted as a significant improvement over the Intel UHD Graphics common in previous generations of laptop and desktop CPUs. It’s the first real implementation of the company’s next-generation graphics, known under the umbrella brand of “Intel Xe.” In our testing, we found these claims to be largely true: Iris Xe demonstrates not only a big improvement on Intel’s past offerings but also a jump over AMD’s integrated Radeon Graphics solutions, which have traditionally led the way.

For the most part, the Iris Xe results via the Core i7-1185G7 chip we tested don’t represent a sea change in what integrated graphics can do. But they do make integrated graphics a far more practical and realistic solution to gaming without a dedicated gaming PC. We saw some standout test results.

It’s worth noting that these test numbers represent the highest-tier Tiger Lake U-series processor available, so it’s a bit of a best-case scenario for Intel, though the same can be said for the AMD Ryzen 7 mobile chip it was up against in our testing. It remains to be seen how much the individual CPU factors into the Iris Xe performance, since the Core i7-1185G7 is the only chip we’ve tested so far. Also, Iris Xe performance will come only to Core i5 and i7 Tiger Lake processors, and Core i3 will continue with Intel UHD Graphics.

With all of that said, here are the five biggest ways we think this development could affect what we see from coming and future laptops.

This is perhaps the biggest and broadest advantage of Iris Xe’s performance potential, but it’s a significant one. Integrated graphics have traditionally been capable of some light gaming, but playing demanding big-budget titles (especially at high settings) remained the purview of dedicated gaming laptops. While Iris Xe won’t match Nvidia or AMD’s mobile gaming GPUs, it realistically makes playing these AAA games on everyday mainstream laptops possible.

With Tiger Lake processors like this one implemented in a 28-watt design like our “white book” sample, general-use ultraportables or professional desktop-replacement laptops will be useful for gaming, which is more than we could say before. This could be a big leap forward for the market, bringing new gamers who just need a laptop for work or school into the fold without having to spend extra on a specialized gaming machine. These are the users who are likely unconcerned with playing at maximum frame rates and settings to begin with. If you can play the cool new game on the laptop your parents got you for school or that you bought for yourself to do some light word processing and web browsing, that’s an immense value-add.