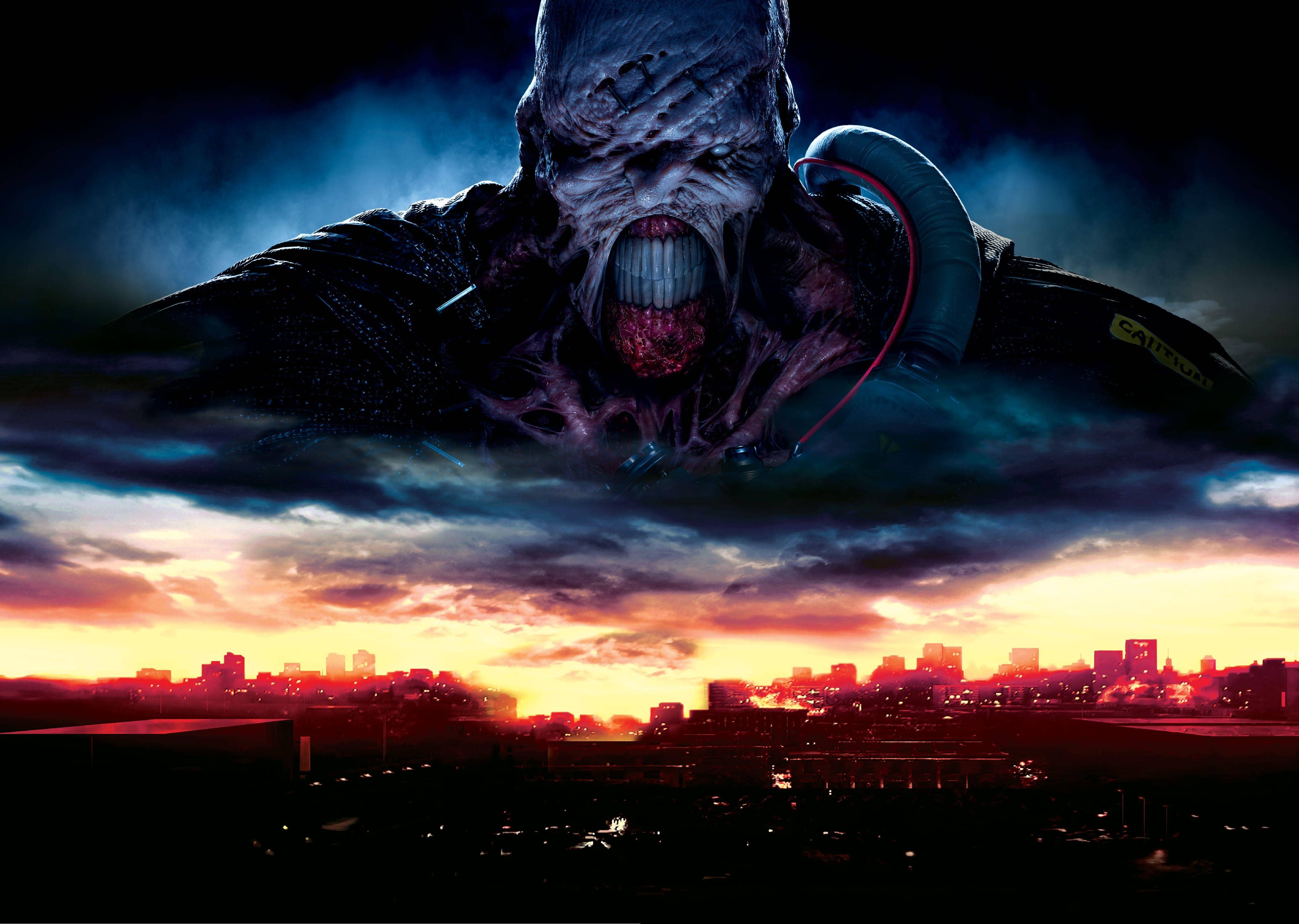 OXM gets hands-on with the latest resi reboot to take on the series’ biggest ever threat, nemesis Chris Burke

Nothing is sacred anymore. OXM is cowering in a safe room, sent back there by the click-clacking typewriter of our last save game, but with zero health and nada green herbs. There’s a hulking brute with fists of concrete, a murderous demeanour and grabby tentacles between us and the subway station we’re trying to reach.

This big bully can kill us with one hit right now, and there’s a bunch of extra-mutated undead to contend with, too. Frankly, it’s just not fair. The situation is desperate, but at least we can take a moment to gather our thoughts. Except we can’t, because all of a sudden, Nemesis barges into the room. Into the safe room. That long-established Resident Evil oasis of calm, ink ribbons and item storage has been compromised.

Oh, come on! Even Mr X in the Resident Evil 2 reboot couldn’t chase us into a safe room! 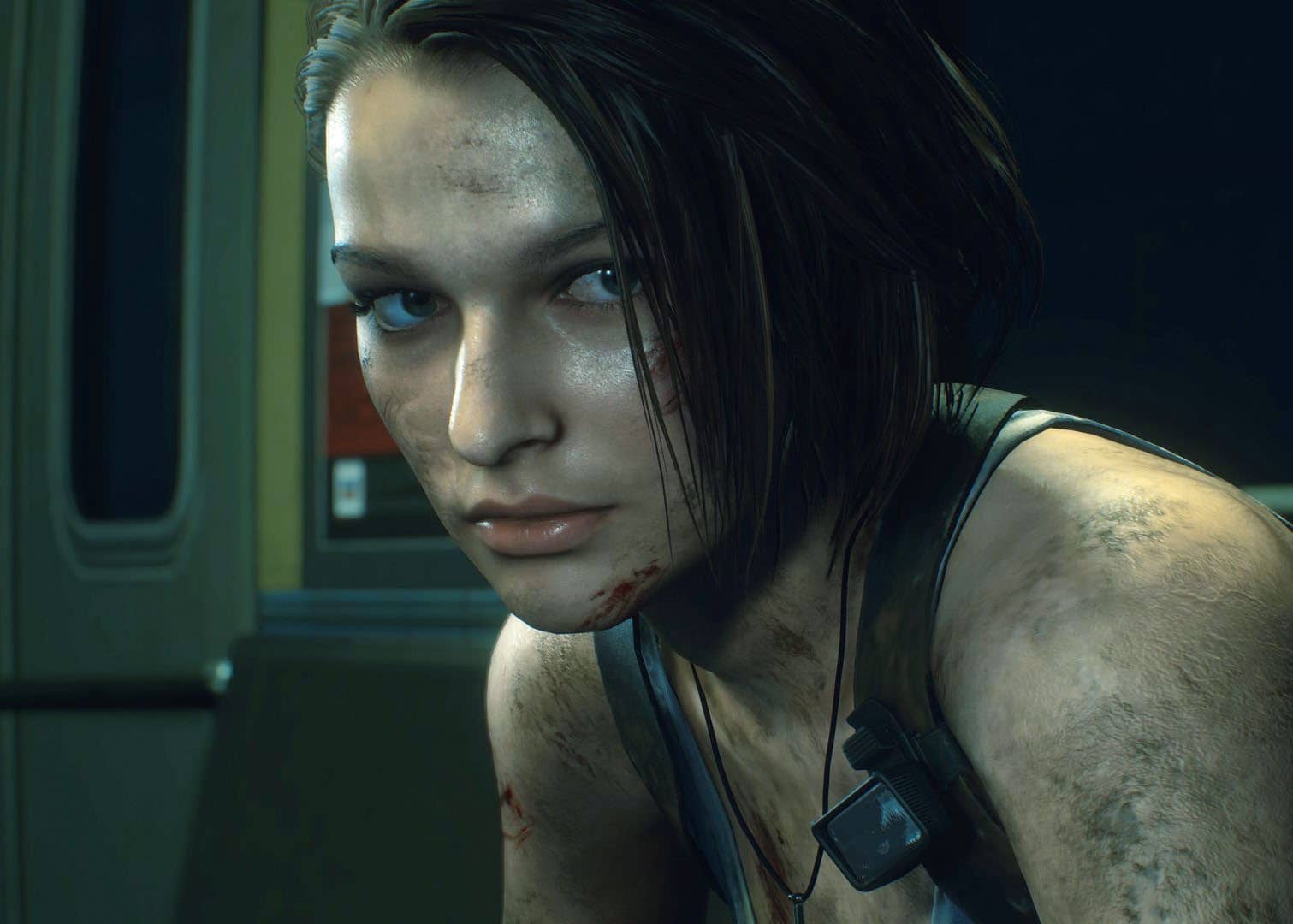 Hard to believe it’s been 20 years since Capcom’s third game in what could be thought of as the ‘Raccoon City trilogy’ first appeared on the PlayStation. This was just pre-Xbox, and so while Team Green fans have been able to play a version of every other Resident Evil game in the legendary survival horror series, this timely reboot hot on the heels of last year’s truly excellent RE2 remake will be many Xbox players’ first experience of the game.

So here’s a quick catch-up. This was the game for which Capcom switched tracks from pure puzzles and jump scares to give us a much more action-focused game. STARS team member Jill Valentine was the protagonist, targeted by Umbrella after her part in the Spencer Mansion incident that kicked off the franchise. The evil monster-making corporation sent its biggest, scariest and most intelligent mutation yet to hunt her down. This big bastard, known as ‘the Pursuer’, was relentless and provided a game mechanic that not only kept you on your toes, it kept the action moving at a pace.

Naturally, after last year’s Resi 2 success, Resident Evil 3 was ripe for a reboot, too. It’s arrived sooner than we expected – although the game has actually been in production for three years, meaning development of the titles overlapped. The games are connected, companion pieces in a way, linked not only by the over-the-shoulder action and well-received gameplay mechanics, but also by the Raccoon City location and chronology. Jill’s story in Resident Evil 3 runs more or less concurrently with the events at the RPD, both before and then after, but centred on the same outbreak. But for all that RE2’s development and subsequent success must have impacted and influenced the making of RE3, its biggest tidal pull on this latest reboot is in the design of the Nemesis himself. Just as Resident Evil 2’s fedora-wearing Tyrant, Mr. X, was scarier and more unstoppable than he was in the original, for the 2020 reimagining of this new relentless killing machine, the team needed to go bigger, badder and ballsier with the Nemesis’ design.

“The director looked at what they had done with the Tyrant in RE2,” explains Capcom producer Peter Fabiano, “and was like, ‘Wait a minute! They’ve Nemesis-ified him!’ So it was like taking it that one step further – we needed to make Nemesis ferocious and a real threat, and I think you’ll feel that when you play the game.” 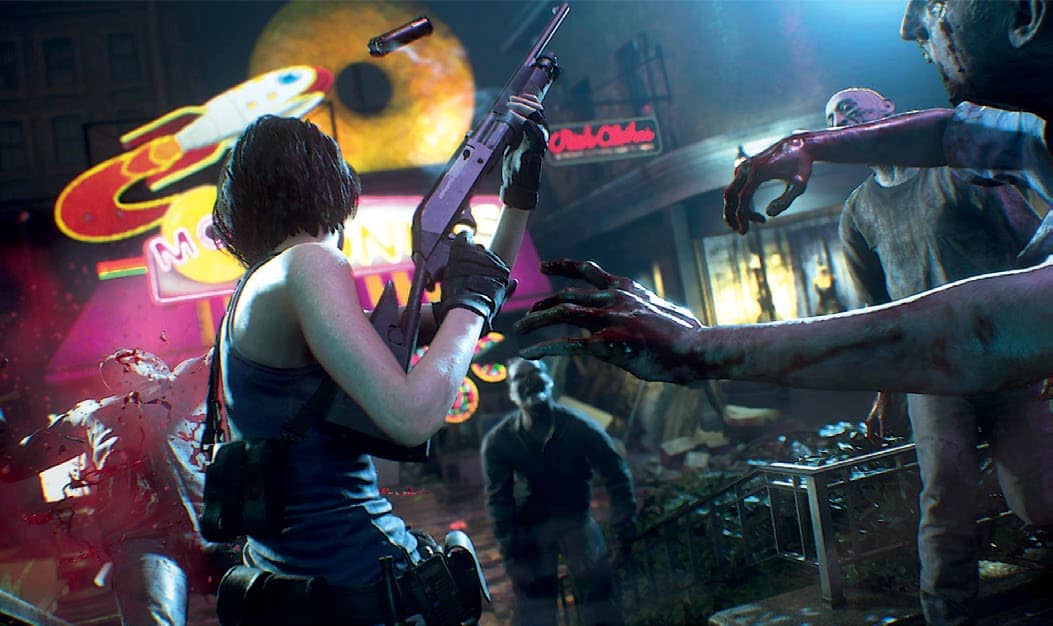 Yes, well we’re definitely feeling that as we repeatedly succumb to death by-Nemesis during our extensive hands-on time with the game. Jill is not entirely helpless. Nemesis can be stopped, briefly, by dealing enough damage to him – though it’s going to take a lot of handgun bullets to do that. A grenade will certainly give him pause for thought – used sparingly, an explosive will bring him to his knee, giving you precious time to get away. Also, handily someone’s filled the streets of Raccoon City with knackered generators. They’re sitting innocuously sparking away, but shoot one and it sends out an electrical pulse that stuns Nemesis and any other monsters caught in its blast.

Central to the game’s run-and-gun mechanic is Jill’s ability to dodge. In the original PlayStation game, the dodge was incredibly hard to pull off, but was often the only way to get past Nemesis. Yeah, we remember dying a lot in that one, too.