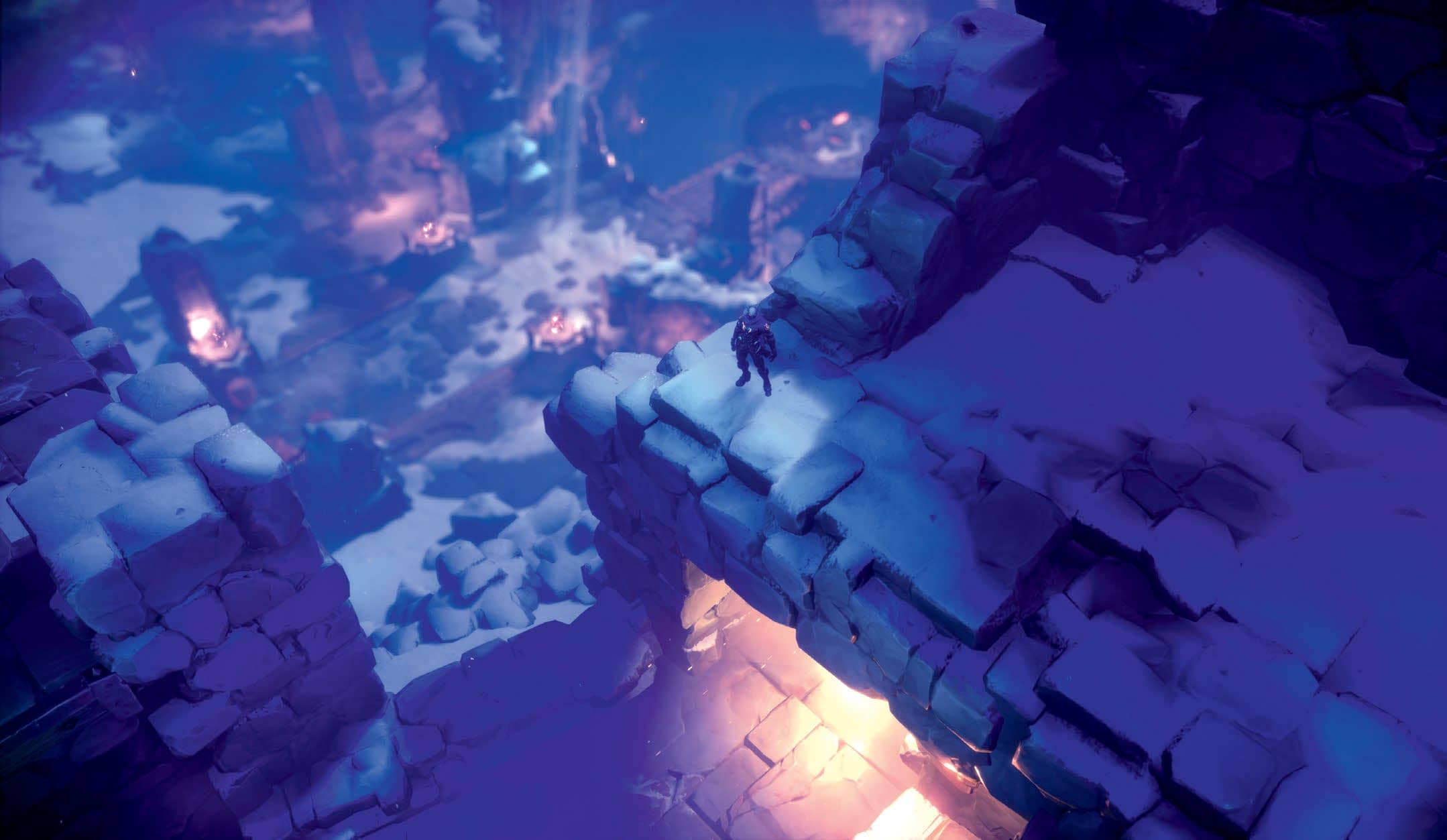 TO HELL WITH STRIFE, WAR AND THE ISOMETRIC CAMERA ANGLE

Famously, there are Four Horsemen Of The Apocalypse but, until now, only three Darksiders games. A fourth game featuring the fourth Horseman as a playable character was perhaps inevitable, then, but what is surprising is how accessible Darksiders Genesis is to both longâ€‘time fans and newcomers alike.

A prequel to the original Darksiders, Genesis focuses on Strife and his brother War. Together, the two Horsemen are tasked with thwarting the Demon King Lucifer, a Big Bad intent on upsetting the sacred balance of Hell. Such a plot is pretty standard fare for the Darksiders series, but what is new is the isometric, top-down viewpoint. It’s quite a departure from the third-person action roots of the previous games. However, it absolutely works, perfectly showcasing the game’s beautiful worlds, smart level design and hinting just the right amount at hidden paths and shortcuts.

Genesis features levels occupied by swathes of demonic foes, with frenetic combat being the main attraction of the 15-hour campaign. Controlling both Strife and War (you can switch between the two at will) is simple, fluid and intuitive from the off. You can take on the worst beasts that Hell has to offer by favouring just one of the brothers, but Genesis is really built around the mechanic of swapping between Strife and War, utilising their strengths and switching at the opportune moment.