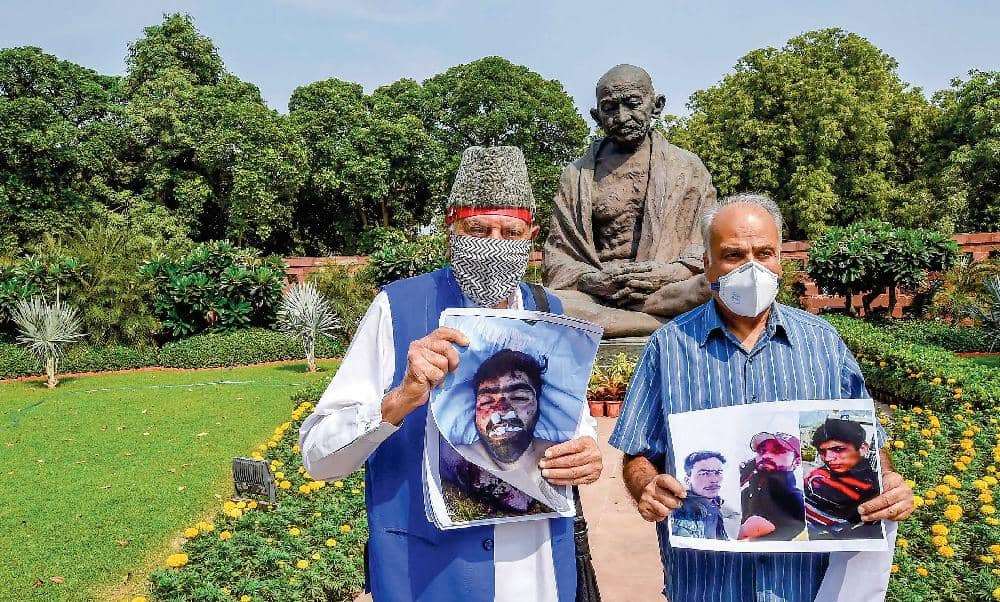 On SEPTEMBER 18, the Army finally admitted that its personnel had exceeded the mandate of the Armed Forces Special Powers Act, 1990 during an operation at Amshipora in Shopian on July 18, in which three “terrorists” were killed. It said that its statement was based on prima facie evidence found in an inquiry into the operation. The evidence also indicated that the “Dos and Don’ts of Chief of Army Staff”, as approved by the Supreme Court, had been “contravened”.

THE WEEK spoke to the families of the dead and they told the story thus. In March, Abrar Ahmed—a resident of Peeri, Kotranka, in Rajouri district—had returned home from Kuwait. The 23-year-old was excited about building a small, three-room house and catching up with his ten-month-old son.

The construction soon began, but it could not be completed as Ahmed ran out of money in July. As he could not return to Kuwait because of the pandemic, Ahmed decided to go to Shopian, 80km from Rajouri, where his maternal uncle’s son, Imtiyaz Ahmed, a Class 12 student, was working as a labourer to pay his fees.

On July 15, a day before leaving for Shopian, Ahmed spent the night at his aunt and mother-in-law Sifat Jan’s house, also in Rajouri. The next morning, he left for Shopian with Jan’s son, a Class 10 student also named Abrar Ahmed. They took the Mughal Road and reached Shopian in the evening; Imtiyaz was waiting for them. The cousins then rented a room at Keegam for ₹1,600, and bought some rations. The following day, Imtiyaz called home and said that all three of them were fine. That was the last time their families heard from them.