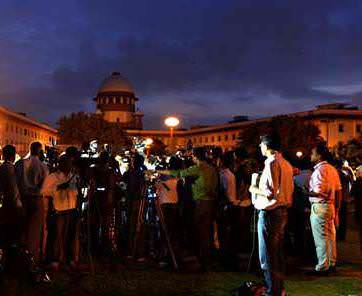 The death penalty litigation clinic provides legal representation and aid to death-row convicts, especially those from the economically and socially backward classes.

In June 2006, a trial court in Baikunthpur in BAIKUNTHpur in Chhattisgarh handed out the death penalty to 18-year-old Sonu Sardar on charges of dacoity and murder. Of the gang of five persons who were accused of the crime, one was a juvenile and the other three are still absconding. The fact that Sonu Sardar was only 18 years and two months old when he committed the offence could have served as a mitigating factor to reduce his sentence. But this important fact only came to light in 2014, eight years after he was sentenced by the trial court. A group of student researchers at the Death Penalty Research Project of the National Law University Delhi (NLUD), in collaboration with the National Legal Services Authority, discovered this vital information during a field trip to the panchayat office of Sonu Sardar’s village. The project, conceptualised in June 2013, aimed to collate data about prisoners on death row across States vis-a-vis their level of access to legal representation, experience with the trial courts, life in prison and the socio-economic profile. About 90 student researchers were engaged in this project. Throughout the proceedings in the trial court and later on in the High Court and the Supreme Court, Sonu Sardar’s age was erroneously mentioned as 23. It was only in a review petition filed in the Supreme Court in 2015 that this fact was brought to light.

This is only one of several instances where trial courts mistakenly hand out the death sentence because evidence that could serve as a mitigating factor is not available. The lack of good legal representation at trial courts for the poor impedes access to a fair trial. Lubyanthi Rangarajan, an associate with the NLUD’s death penalty litigation clinic, who had also worked as part of the research project, said: “This is a telling commentary on the state of the criminal justice system. Often, there is a lot of pressure on the trial court judges to be tough on crime, especially sexual offences. The ‘rarest of rare’ principle set out in the landmark Bachan Singh vs State of Punjab judgment in 1980 is still not applied while handing out sentences.” In Bachan Singh vs State of Punjab (1980), the Supreme Court had famously articulated the doctrine of the “rarest of rare cases” for the death penalty.The court said: “A real and abiding concern for the dignity of human life postulates resistance to taking a life through law’s instrumentality. That ought not to be done save in the rarest of rare cases when the alternative option is unquestionably foreclosed.”

The data compiled by the death penalty research project on death sentences given out between 2000 and 2015 show that 1,790 people were sentenced to death by the trial courts in this period.