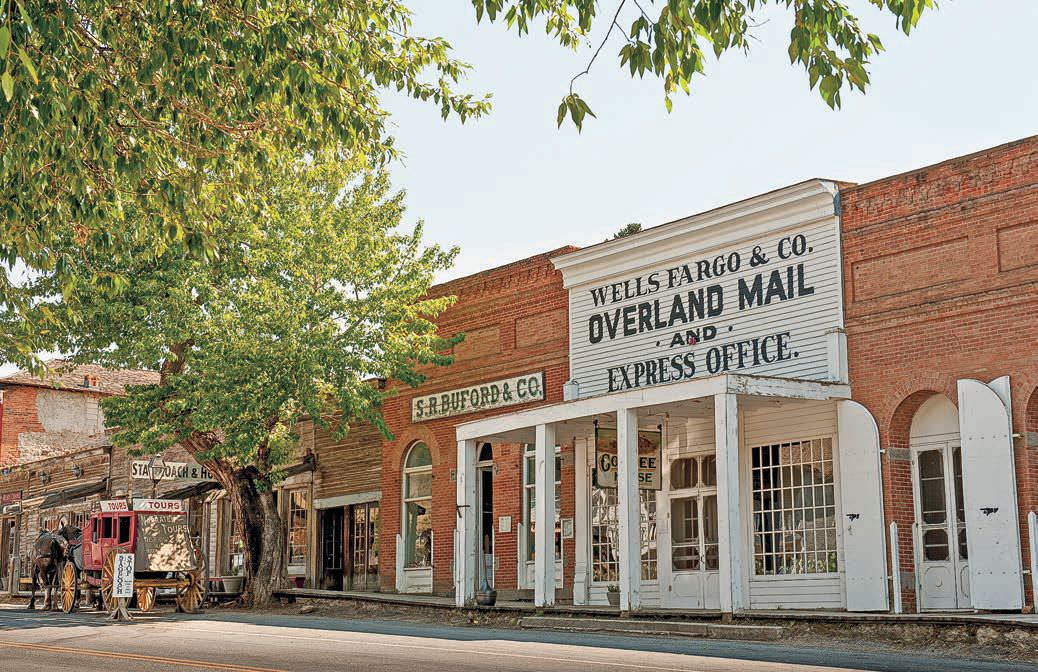 Walk the boardwalks, ride the train and spend the night in a National Historic Landmark.

Virginia City roared to life after a gold strike in Alder Gulch in 1863, and by the time Montana Territory was formed the following year, the settlement had blossomed into a commercial center. Banks and other businesses thrived, a library opened, stagecoaches ran and the Territory’s first newspaper covered it all.

The early population of about 5,000 is now 150, but it’s far from a ghost town. Named a National Historic Landmark District in 1961, Virginia City draws half a million tourists a year to one of the frontier’s great mining boomtowns.

“It has more preserved 1860s buildings than any town in the West,” says Ellen Baumler, interpretive historian at the Montana Historical Society. “This was a remote, uncivilized place so many were built with false fronts higher than the buildings to give people a sense of security.”

Must-see stops include the Hangman’s Building where, in January 1864, vigilantes hanged five road agents from a support beam. The building eventually housed the Virginia City Water Company, owned by Sarah Bickford, believed to be the first black woman in the country to own a public utility.