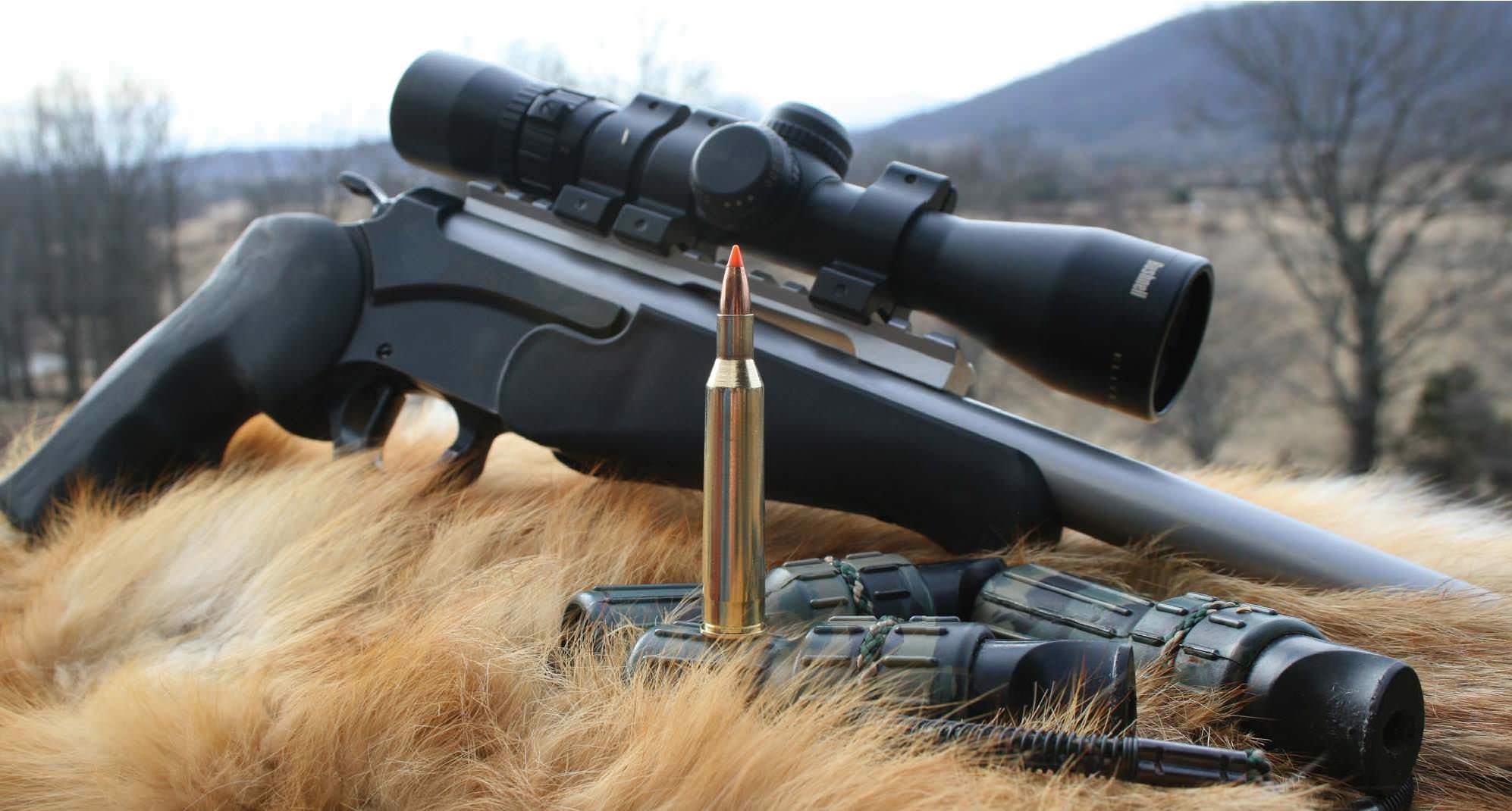 Loads for a T/C Encore Handgun

Few cartridges have the polarized love/hate relationship of the .220 Swift. Debuting in the Winchester Model 54 bolt-action rifle in 1935, the Swift’s ability to dramatically dispatch varmints at distance garnered it much fanfare. On the other hand, hunters who used those same fragile varmint bullets on big-game animals acquired disdain for the cartridge due to lackluster bullet performance; the cartridge was hardly to blame.

Nonconformists also labeled it (gasp!) a “barrel burner.” While it’s understood that cartridges approach ing (or exceeding) 4,000 fps lead to advanced throat erosion, and surely barrel steel of the time did not help the situation, firing in rapid succession and/or poor firearm cleaning habits should also be considered. Even today, high-performance rounds, such as the .26 Nosler, are visited by the “barrel burner” specter.

The truth is, the .220 Swift does what it was designed to do, and it does so extremely well. True to its name, the Swift is all about velocity; its forte is launching .22-caliber varmint bullets extremely fast, thereby resulting in flatter trajectories. With a faster time to target, deflection from wind is lessened, too – no small concern on small, distant prairie dogs and ground squirrels. Moreover, the additional velocity increases the bullet’s ontarget energy, which is beneficial on larger predators. Its chief rival, the .22-250 Remington can do much of what it can, though increased case capacity – about 5 to 6 grains – gives the .220 Swift a slight edge.

Given its pedigree as a long-range varminting and predator round, it might seem unusual to chamber a handgun in .220 Swift, but that’s exactly what I own: an SSK Industries-tuned Thompson/Center Encore pistol fitted with a custom, 15-inch SSK barrel and a 2-6x 32mm Bushnell Elite 3200 scope in three T’SOB rings. As a semi-rimmed cartridge, the Swift is a natural for single-shot handguns, and recoil in the heavy Encore is fairly mild.

Inhibited from reaching its full potential in a 15-inch barrel, the .220 Swift is still quite potent nevertheless. In fact, across the spectrum of .22-caliber bullets, the abovementioned T/C produces external ballistics slightly better than those of a .223 Remington with a 24-inch barrel.

This makes the cartridge/handgun combination an excellent option for mid- to long-range varminting – easy to-carry platform, no less. The Encore accompanies me on hunts for predators (teamed with a shotgun), groundhogs and spring gobblers (we’re allowed to use rifle cartridges in Virginia). Long beards that hang up just outside of shotgun range don’t get a free pass with the Encore on hand. Lastly, it’s a nice companion to a like chambered rifle.

While some aspects of handloading the .220 Swift for a handgun are similar to those for rifles, there are some unique considerations.

Unlike the .22-250 Remington, the .220 Swift has few options when it comes to brass; it cannot be easily made from other widely available cartridges. Fortunately, both Norma and Hornady keep vendors stocked with high-quality cases. In producing load recipes for this article, Hornady brass was used. I wasn’t disappointed.