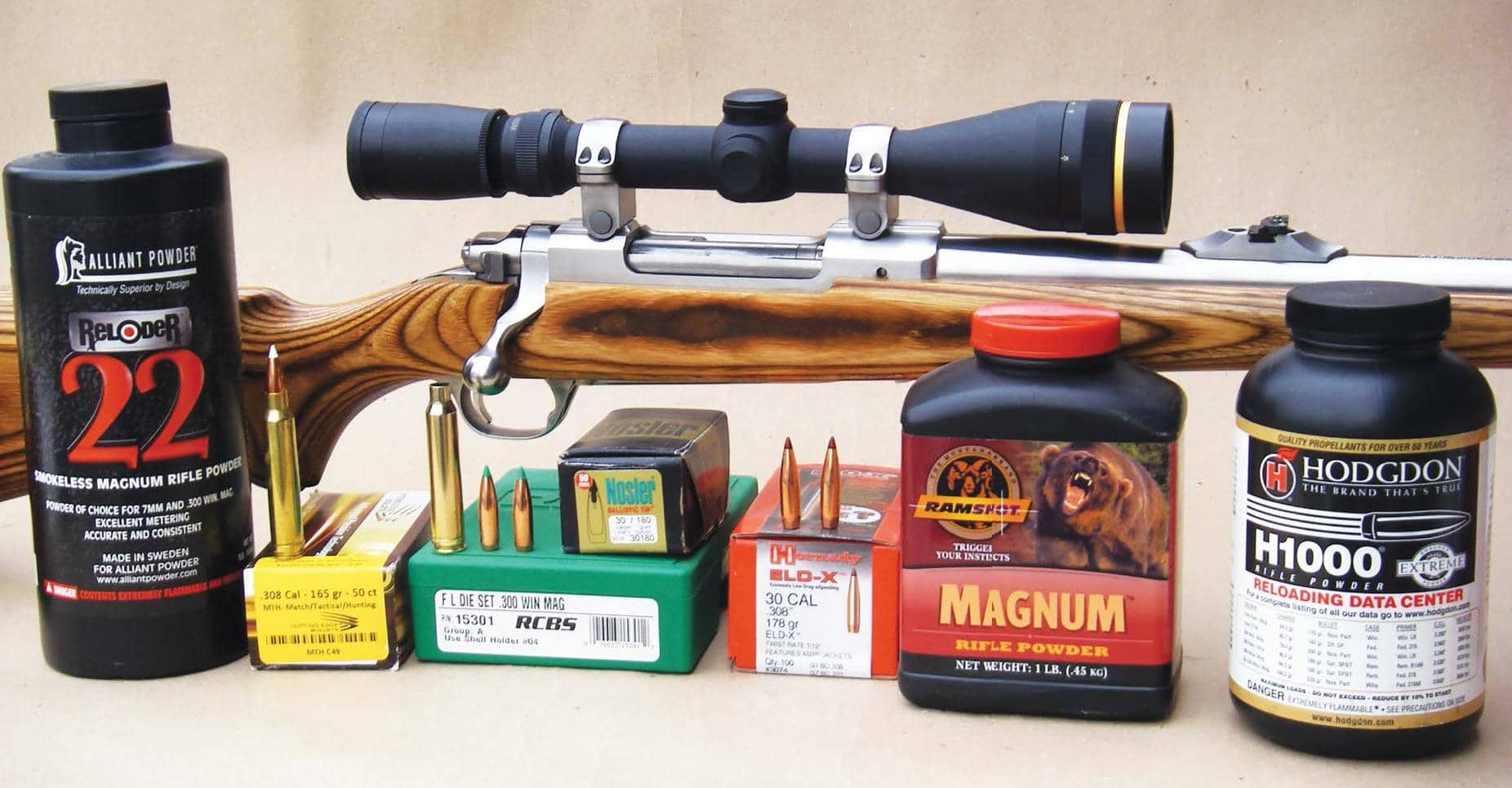 Brian Pearce
The .300 Winchester Magnum is currently enjoying greater popularity than at any time in its 57 year history, and in spite of many newer, excellent .30-caliber magnums appearing, it remains the most popular of all. It was originally conceived as a modern hunting cartridge suitable for taking all North American big game including moose and brown bear, but it also offers a flat enough trajectory and downrange power to hunt in open and mountainous country where long shots are common. In addition to widespread acceptance among hunters, it has proven a worthy long-range match cartridge. The U.S. government even adopted the .300 Winchester for use in the M24 Sniper Weapons System and Mk.13s rifles. There is a wide selection of components readily available that permit handloaders to fully duplicate and often exceed factory load performance.

The history of commercial .30-caliber magnum cartridges developed prior to the .300 Winchester is noteworthy and helps explain the design features of that cartridge. The .30 Newton, developed in 1913 and based on the German 11.2x72 Schuler case, is generally considered the first .30 caliber with magnum type performance, but its success was limited. The .300 Holland & Holland (H&H) Magnum appeared in 1925 (known then as the Super-Thirty) and was based on the .375 H&H Magnum belted case. 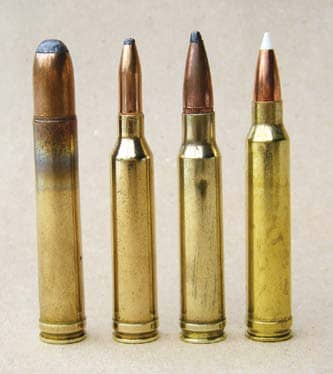 There are minor technical variances between the .300 H&H and the .30 Super Belted Rimless H&H cartridges, but they are not pertinent here. However, it should be noted that .300 H&H ammunition should not be fired in a .30 Super rifle, but the latter can be fired in the former.

Due to the long sloping case, the belt was necessary to provide positive headspace control. Like the .375 H&H, the .300 H&H had an overall length of around 3.600 inches and could not be housed in most .30-06 length actions. The .300 remained somewhat exotic to U.S. shooters; however, in 1935 Ben Comfort won the prestigious 1,000-yard Wimbledon Cup with a custom rifle so chambered. As a result, its fame soared and within months Winchester announced the brand new Model 70 rifle along with that caliber as a standard offering and began producing ammunition domestically. 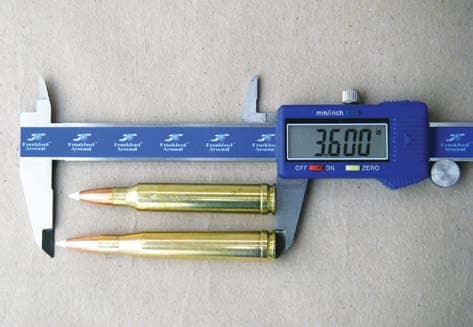 The .300 H&H became widely popular in the U.S. and established a superb reputation as a general purpose big-game cartridge. During World War II, Roy Weatherby sought to improve its ballistics and blew the case out to significantly increase the powder capacity, which became the .300 Weatherby Magnum. Like the H&H, the Weatherby cartridge required a long, 3.600-inch magnum action.

With a booming post-war economy, during the 1950s Winchester began developing new cartridges such as the .458 Winchester Magnum in 1956 and the .264 and .338 Winchester Magnums in 1958. Each of the above cartridges is based on the .300/.375 H&H belted case, shortened to function in a standard length (3.340-inch) .30-06 action. By comparison, they were “short action” magnums. It is important to note that the belted magnum case was chosen because it offered the powder capacity to reach the desired performance, but also because Winchester was already making cases and retooling would have been costly. Incidentally, the .458 is more or less a straight case and needed the belt for proper headspace control; however, the .264 and .338 feature a 25-degree shoulder for positive headspace and the belt was not necessary. Since Winchester was already manufacturing the belted magnum case, it was the logical choice to develop new cartridges during that era. 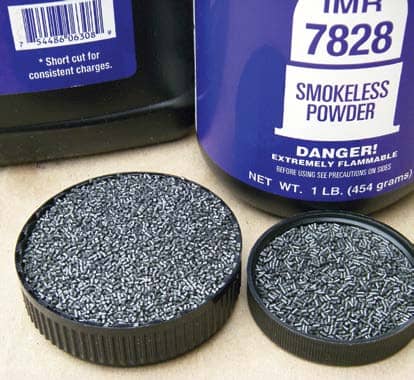