It Made 'Em Cry 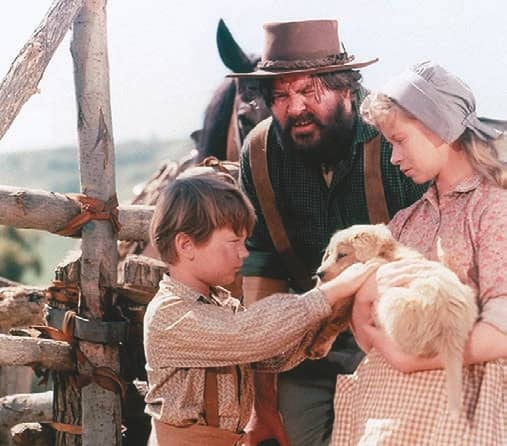 The family classic Old Yeller is poignantly and lovingly recalled by its youngest cast members.

In 1956, Fred Gipson stunned readers when his new novel began, “He made me so mad at first that I wanted to kill him. Then later, when I had to kill him, it was like having to shoot some of my own folks. That’s how much I’d come to think of the big yeller dog.” Still read in schools across the country, frequently in conjunction with watching the film, it’s often cited as the book that first revealed to readers that the written word could make them cry.

Inspired by the tales Gipson’s Texas pioneer grandparents told him, Old Yeller is about an adolescent boy, Travis; his kid brother, Arliss; and their mother who, with father away on a cattle drive, are helped by a huge, lop-eared yellow dog who wanders onto their homestead to steal food, and becomes their protector. Walt Disney bought the book, and rejected all entreaties to soften its ending: this was the story readers had made a best-seller, and this was the story he would tell.

With only seven characters, the cast had to be strong: Father was Fess Parker, an international sensation as Davy Crockett; lovely Dorothy Maguire, Oscar-nominated for 1947’s Gentlemen’s Agreement, was Mother. And in a memorable appearance, soon-to-be Rifleman star Chuck Connors was the neighbor who owns Yeller, but kindly trades him for a horny-toad. 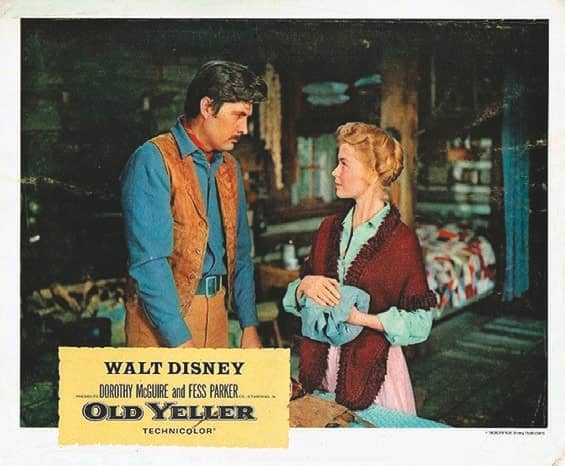