Nerding Out With David Fincher 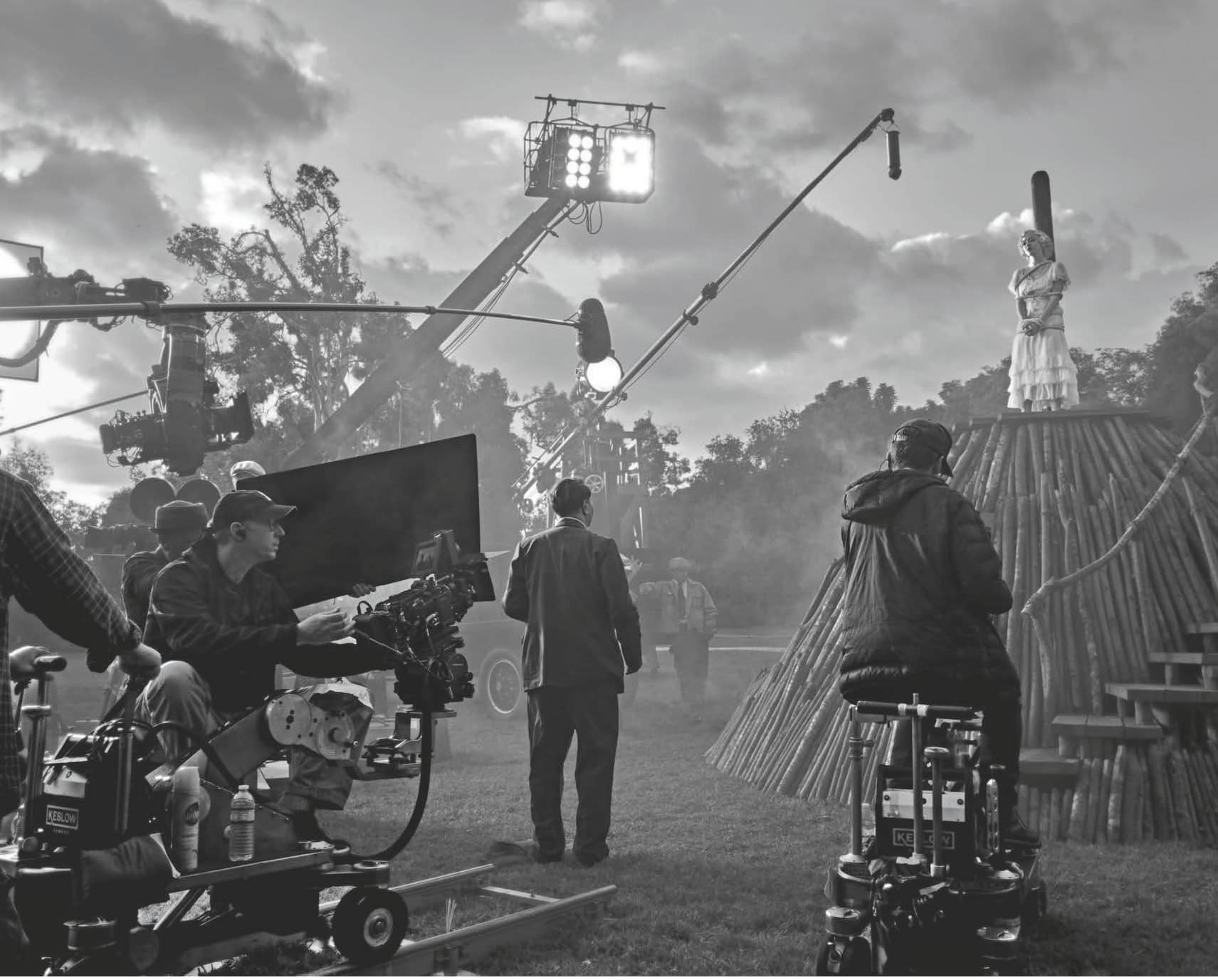 The director talks about the decades-long journey behind Mank, his dense, bitter look at Hollywood history, political power, and the creative act.

DAVID FINCHER’S 11TH feature film, Mank, is a passion project like no other on the director’s résumé—a drama, shot in black and white, about the formative years of Hollywood’s sound era, the agony and the ecstasy of what he calls “enforced collaboration” between directors and writers, and the political ruthlessness of Golden Age studios, told through the journey of an unlikely hero: Herman J. Mankiewicz (Gary Oldman), the newspaperman turned screenwriter who co-wrote (or wrote, depending on your POV) the screenplay for Orson Welles’s Citizen Kane. Every frame of the movie brims with the director’s loving but unsentimental view of film history and of filmmaking—and also carries an unexpected wallop of political resonance with media manipulation and the creation of “fake news,” disinformation that couldn’t possibly have been anticipated 30 years ago, when his late father, Jack, first wrote the script. Mank is an unusually personal film for Fincher, not only because it memorializes his work with his father (who died in 2003) but because, in a way, it continues a passionate conversation about movies that began between the two of them when Fincher was a boy. Its history also spans Fincher’s entire feature career—the original draft was written just before he went off to direct his first film. In two interviews over a long weekend, the director talked about bringing it to the screen.

You and I are about the same age, and I grew up as a movie buff like you. And even before I saw Citizen Kane, I knew the received wisdom was that it was the greatest American movie of all time.

Exactly. My dad, because he was a journalist, lived by the axiom that the greatest entertainment was written by people who understood the real world, and his love of The Front Page and Citizen Kane certainly supported the idea that the best movies were grounded in reality by their creators, who often came with fairly extensive journalism backgrounds. When we talked about stupid things like “Are the Beatles the best band in the world?” he would say, “Well, here are certain perspectives on that.” But when it got down to “What’s the greatest movie ever made?” it was without pause Citizen Kane. I remember at age 12 telling him that we were going to be watching a 16-mm. version of Citizen Kane in film appreciation class. I was a tad reticent because … a 33-year-old movie? It seemed like a cave painting. But when I saw it, I was amazed. Without understanding the virtuosity of the direction, I understood it as something that had this sure-footedness— not something I was used to with That Darn Cat! and The Love Bug. I was smitten. I felt like I had seen something that was important in ways I didn’t understand yet.

It sounds like it hit you at an age when you were mostly watching kids’ movies.

In our house, my father believed it was quality over quantity. My dad was raised in a movie theater. His father was an abusive alcoholic, and his mother worked all the time, so he spent a lot of weekends unmonitored watching the same Tom Mix Western three times, and that was a calming and safe place for him. He was okay if I went to see Westworld or The Reincarnation of Peter Proud, but he would also say, “That’s junk.” He forgave me my trespasses, but he also took me to see Dr. Strangelove when I was 9 and 2001: A Space Odyssey when I was 7. We would probably see a movie a week together up until I was in my mid-teens.

Did your father talk to you about Herman Mankiewicz?