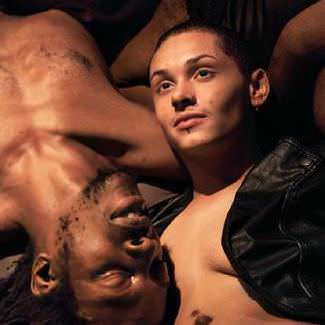 A report from the agender, aromantic, asexual front line.

“Currently, I say that I am agender. I’m removing myself from the social construct of gender,” says Mars Marson, a 21-year-old NYU film major with a thatch of short black hair.

Marson is talking to me amid a roomful of Queer Union students at the school’s LGBTQ student center, where a front-desk bin offers free buttons that let visitors proclaim their preferred pronoun. Of the seven students gathered at the Queer Union, five prefer the singular they, meant to denote the kind of postgender self-identification Marson describes.

Marson was born a girl biologically and came out as a lesbian in high school. But NYU was a revelation—a place to explore transgenderism and then reject it. “I don’t feel connected to the word transgender because it feels more resonant with binary trans people,” Marson says, referring to people who want to tread a linear path from female to male, or vice versa. You could say that Marson and the other students at the Queer Union identify instead with being somewhere in the middle of the path, but that’s not quite right either. “I think ‘in the middle’ still puts male and female as the be-all-end-all,” says Thomas Rabuano, 19, a sophomore drama major who wears makeup, a turban-like headband, and a flowy blouse and skirt and cites Lady Gaga and the gay character Kurt on Glee as big adolescent role models. “I like to think of it as outside.” Everyone in the group mm-hmmms approval and snaps their fingers in accord. Amina Sayeed, 19, a sophomore from Des Moines, agrees. “Traditional women’s clothes are feminine and colorful and accentuated the fact that I had breasts. I hated that,” Sayeed says. “So now I say that I’m an agender demi-girl with connection to the female binary gender.”