December's Planets And You 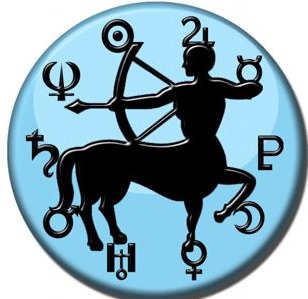 As loyal readers know, eclipses are the most powerful energizers in astrology. I usually begin an eclipse analysis about three months prior to its occurrence because the general rule is that Solar Eclipses begin to heat up the degrees in the zodiac about 90 days in advance. An example from last spring, however, demonstrates that this time span is simply a guideline.

On April 7, 2017, transiting Mars squared the degree that it would hold at the time of the Solar Eclipse of August 21, 2017—more than four months earlier. It was on April 6, less than 24 hours prior to that transit being exact, that the United States launched a missile attack against Syria. (Thanks to United Kingdom astrologer Andy Pancholi for pointing this out.)

We will analyze the first two of them. The degrees of these eclipses energize those of the eclipses that occurred last August. This is the basis for the Jayne/Johndro concept of eclipse chains, a process by which one eclipse ignites a prior eclipse. The current case is a simple example of this process. The Lunar Eclipse at 11º Leo will oppose the August 7, 2017, at 15º Aquarius. The Solar Eclipse of February 15, 2018, at 27º Aquarius opposes the 29º Leo eclipse of August 21, 2017. These eclipses are likely to reawaken themes that were symbolized by the August eclipses, extending them likely to the latter part of 2018.

There are three basic approaches to analyzing an eclipse. First, one can scan batches of horoscopes to determine which are being aspected by the eclipse. Second, one can examine the path of the eclipse and its associated Astro*Carto*Graphy (ACG) map. Third, the astrologer can trace the Saros cycle back 18, 36, and 54 years or further.

The Lunar Eclipse of January 31, 2018, is conjunct the asteroid Ceres within only two minutes of arc. Mars in the eclipse chart is on the MC through mid-America, but so is Jupiter. Mars is on the IC through China and central Russia. The eclipse is 105 degrees from Uranus, 135º from Chiron, and 150º from Neptune. The Solar Eclipse of February 15, 2018, will be conjunct Mercury and Juno and square the Uranian planet Admetus. This Solar Eclipse is on the IC through Russia and through the Middle East centering in Saudi Arabia.