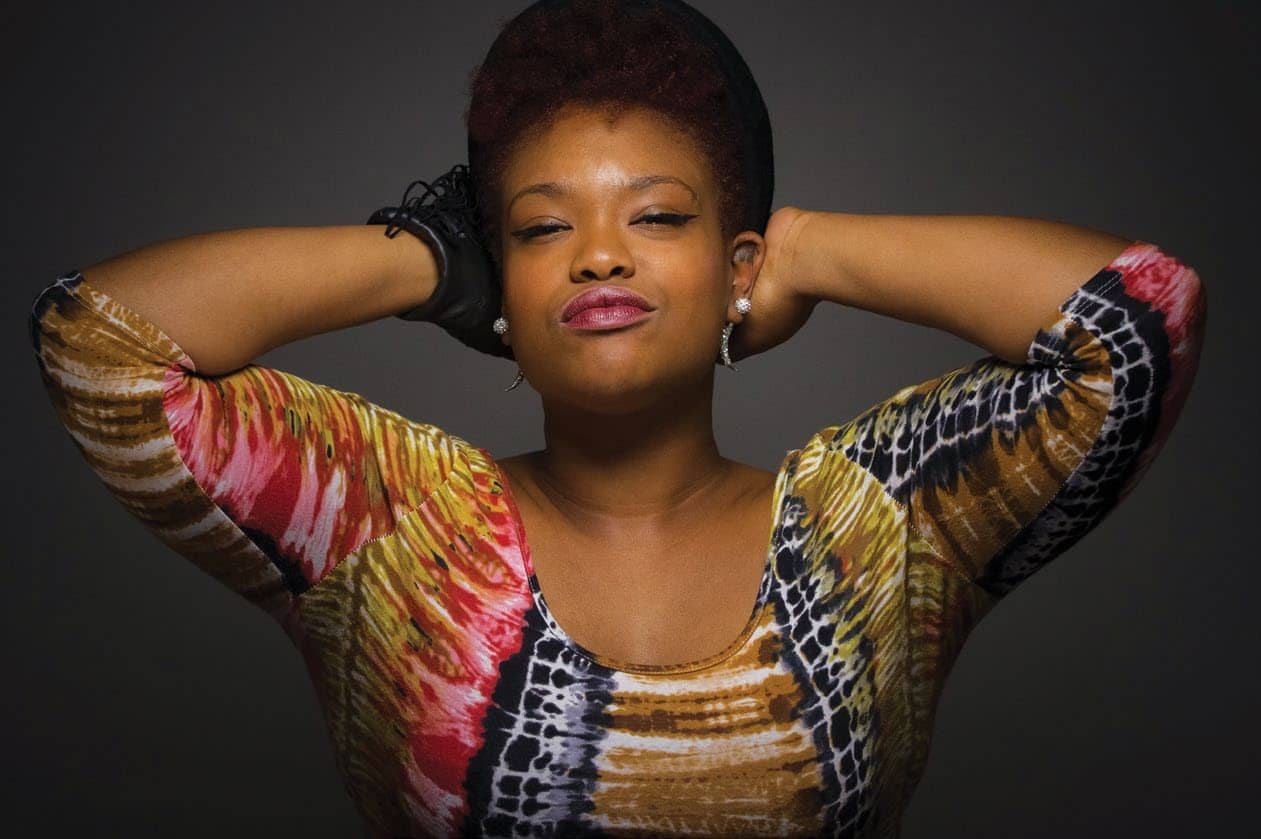 As eclectic as the New Orleans music scene is, it’s still hard to imagine an artist having a more diverse career than Anjelika “Jelly” Joseph, who, at the age of 31, sings in three bands that could hardly be more different.

Until recently, she was primarily known for her role as the backing vocalist and self-described “hype-man” for the wildly eclectic Tank and The Bangas, who are one of the five nominees for this year’s Best New Artist Grammy (see cover story). But now, Joseph is also commanding center stage as lead vocalist for the funk-jazz jam band Galactic, a role she took on last summer when Erica Falls left the group to focus on her solo career.

And, as if all that weren’t enough, Joseph is also the lead singer of The Original Pinettes, the New Orleans all-female brass band that was founded back in 1991 and currently performs every Friday night at Bullets Sports Bar in the heart of the Treme.

Joseph was in the 12th grade when she made her public debut as a singer, performing the solo vocal on “O Holy Night” with her high school choir during the Celebration in the Oaks Festival at New Orleans City Park. By 2015, she was singing in Bourbon Street clubs, performing with the upstart Tank and The Bangas, and singing Adele’s “Rolling in the Deep” on the season debut of American idol.

In addition to her proven vocal talent, Joseph also has an ebullient personality coupled with an ever-changing wardrobe that, on the day of this interview, included camouflage-green hair, a shirt emblazoned with a furry pink-maned unicorn, platform boots, and a chakra bracelet her aunt gave her that she never takes off.

In the following interview, the singer discusses her eclectic career, how she connects with crowds, and what it’s like to make Katy Perry cry.

Let’s start out with a question about your American Idol experience. If you had actually gone on to win, do you think the opportunities that would have opened up for you would be nearly as interesting as the ones you’ve found on your own?

Honestly, I only did American idol just to prove to myself that I could do American idol. I didn’t have any intention of going there to win. I really didn’t. I went because I wanted to get that fear out of me. I wanted to prove something to myself more than for the competition, you know what I mean? Because I’d never competed before, like vocally, and I thought it would be something good to do.

Plus, Katy Perry cried when you weren’t picked to go on to the next round.

She did. The judges when I was there were J-Lo, Keith Urban and Katy Perry. And she was so sweet to me—I don’t even understand why—she just kind of gravitated to me like that. And once I got eliminated, she cried, and I was like, “Stop crying, because i don’t want to cry.” Because I wasn’t sad about it; I came as far as I was supposed to go in that competition. So finishing in their top 40 was great for me. I proved something to myself, and that was important to me.