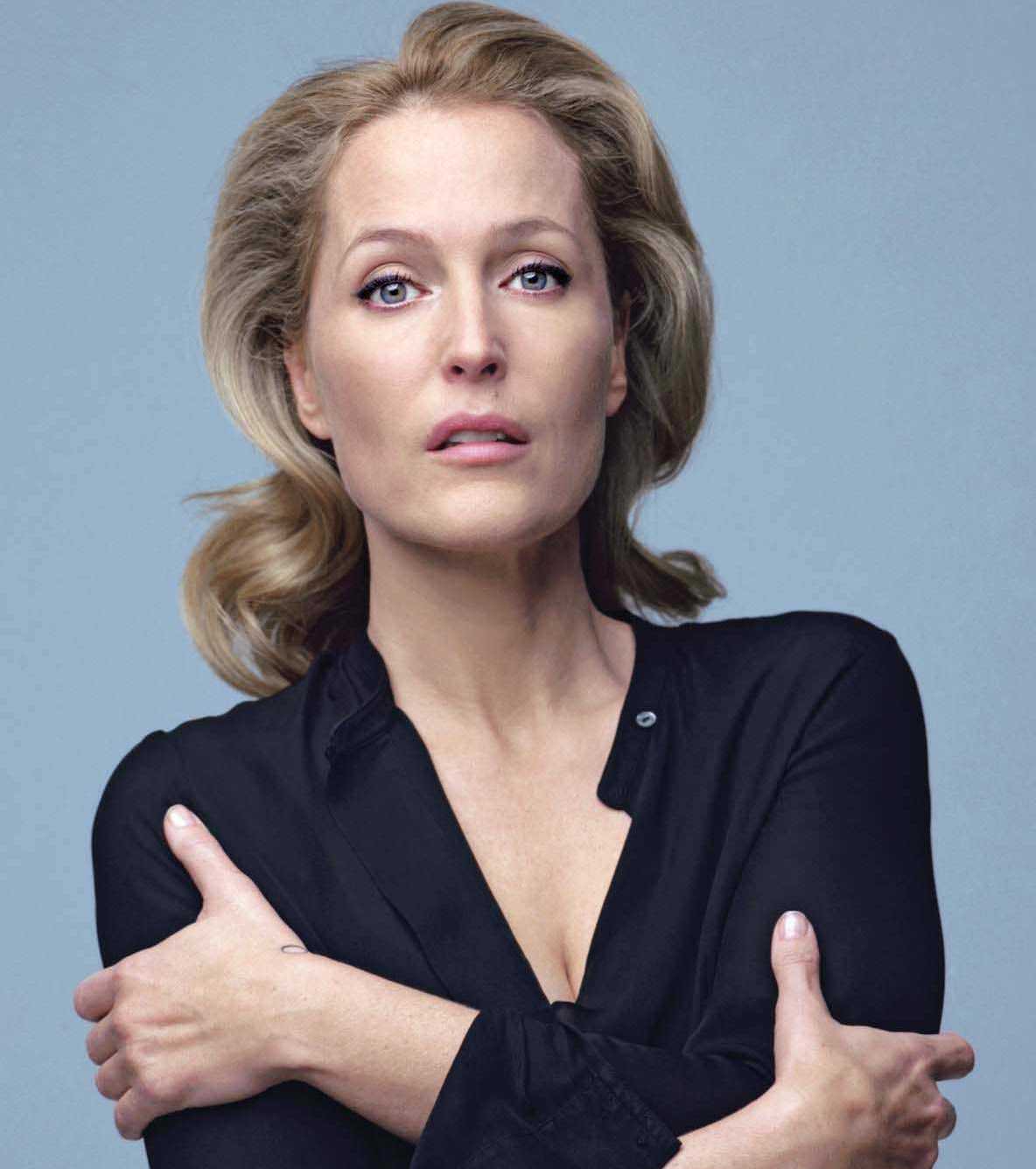 After years spent building a successful post-X-Files career, the actress is ready to revisit Dana Scully.

Gillian Anderson believes in ghosts. “I haven’t seen ghosts,” she explained in November when we met on a chilly day at a cozy London hotel, “but I’m very hypersensitive, and I generally feel like I can tell if a house is haunted.” She also has “a tendency to believe that people are able to see the future and read minds” and knows “completely sane people who have experienced poltergeists.” ¶ Mulder would approve. Scully? Not so much. That’s FBI Special Agent Dana Scully, of course—the skeptical X-Files character Anderson made famous, and whom she’ll play again when the show returns to Fox as a six-episode mini-series in late January. But Anderson thinks quite differently from the character that boosted her career, and you might say that Scully herself has become a ghost for the actress—a faint, permanent presence, and one that she’s invited back for a full-scale haunting.

Anderson, now 47 years old, last played Scully in The X-Files: I Want to Believe, the second X-Files feature film, in 2008 (the television series ended in 2002), and she has spent the years between then and now moving beyond her. To a large extent, she’s succeeded—TV viewers, especially in the U.K., are likely to recognize Anderson (now definitively blonde rather than a redhead) as the very British detective Stella Gibson from the BBC crime drama The Fall. Theatergoers will have her award-winning performance as Blanche DuBois in London last year fresh in their minds (a role she’s reprising at Brooklyn’s St. Ann’s Warehouse this spring). But with the attendant hubbub surrounding Scully’s long-awaited reappearance, it’s easy to see that Anderson has never really lost her status as a poster girl for the paranormal.

Yet unlike her co-star David Duchovny, who at times during the original X-Files run gave the disgruntled impression of feeling destined for greater things, Anderson was a woman to whom science fiction came easily. She has always loved films like Close Encounters of the Third Kind; she now co-writes sci-fi novels and records the audiobooks herself. She has, as she put it, self-deprecatingly holding her fingers up for air-quotes, “a lot of sci-fi cred.” Which is good, since the world of pop-culture tentpoles has evolved into one ruled by the kinds of genres that used to be looked down on. Sci-fi and fantasy are “all there is to see anymore,” Anderson pointed out matter-of-factly, and the result is that, two decades on, the Zeitgeist has come to her—and Scully—as much as she’s come to it.

Anderson brought a breeze with her as she arrived at our hotel meeting spot, dashing into the lobby wearing a black leather coat. She quickly ordered a coffee and unpeeled some aspirin from a foil packet, hesitating only slightly over a glass of water in front of me. I pushed it toward her, with the warning that I’d drunk from it already. “Oh, I don’t mind that at all,” she said briskly, as if life were too short to worry about germs, or anything else.

She was meeting with me between visits to prospective schools for her 9-year-old son, Oscar (she has a 21-year-old daughter, Piper, from her first marriage, and two young sons, Felix and Oscar, with her ex-partner Mark Griffiths), and had come using a driving app that speaks to her in the voice of C-3PO. “He says to me, ‘In 250 yards, turn left, Master,’ ” she said. “So I like that quite a lot.”