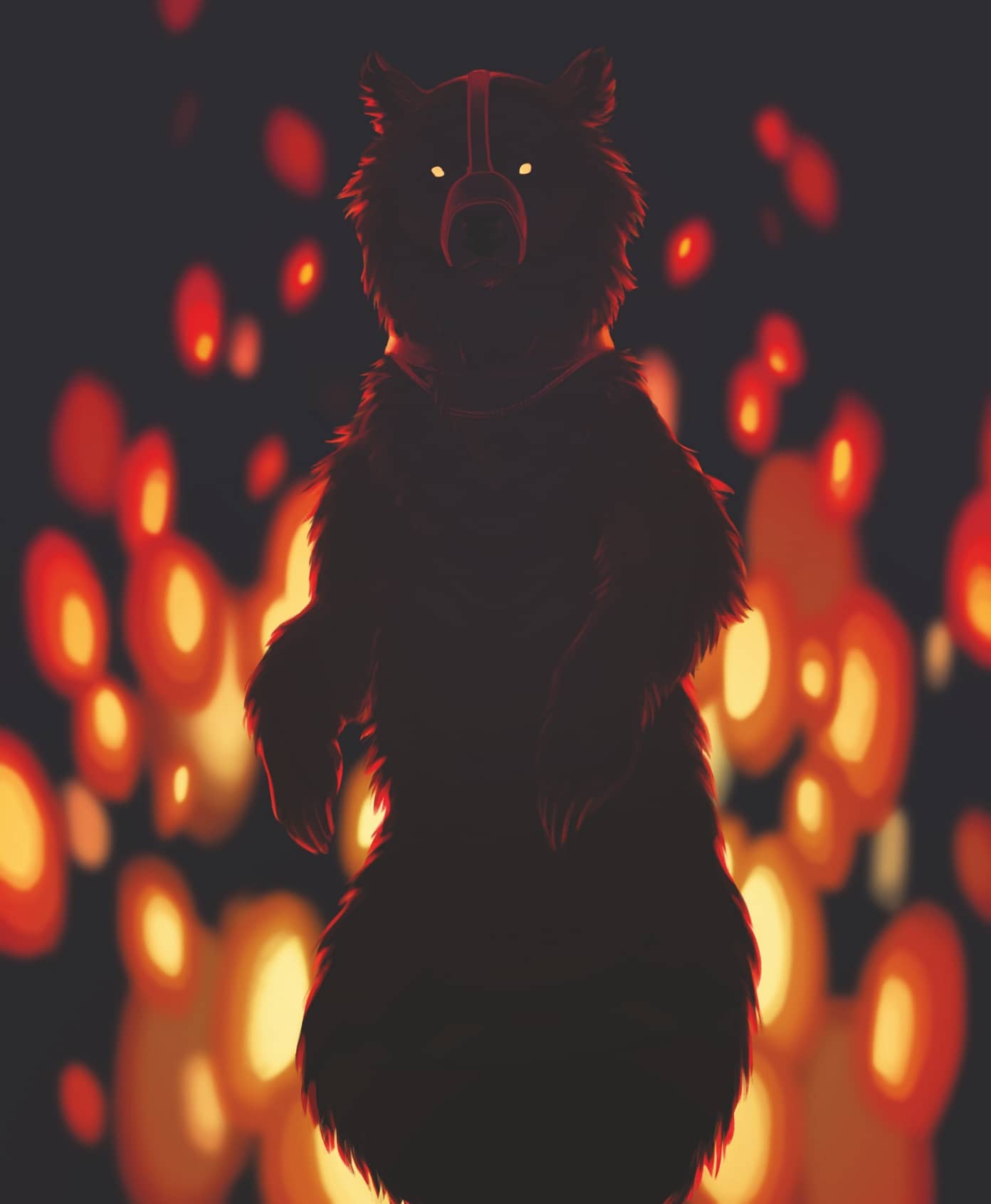 I remember hearing a low growl, a sound that couldn’t have come from any of the humans at the market.

WHEN I WAS FOUR YEARS OLD, my family’s neighbourhood in Beirut turned into a battleground between the Palestinian Liberation Organization and the Israeli military, and so we left Lebanon. It was 1982, and the country had already experienced seven years of civil war; there was nowhere for us to go but the sea. We slept atop a crowded ferry deck in two foldout beach chairs, our suitcases leaning against us, as we made our way to Greece.

During our first months in Athens, I spent my mornings standing out on the balcony of our apartment, studying the busy street below. As lunch approached and the days grew hot, the stores closed one by one. The shopkeepers stopped shouting at beggars and locked their doors, disappearing into the dark recesses of their living quarters. While everyone else slept through the sun-baked afternoons, I watched cartoon animals speak in Greek overdubs I could not understand.

I did a lot of staying quiet in those days. We still carried with us a stench of war. My parents instructed me to not open my mouth in public, to try to blend in as much as possible. My father had hastily arranged for us to sit out the siege of Beirut by securing work at his advertising agency’s small Greek office, but we didn’t know how long the company would allow us to stay. We had brought only our clothes and some photo albums with us. Everything else had been left behind.

In the long Athenian dusk, the city’s streets became busy again when shopkeepers and residents took advantage of the cooler air. One evening, to lighten our moods, my father decided to take us to a night market, where locals would gather to socialize and stroll after slow days at work.

I’d never travelled beyond the small supermarket two streets away. After crossing a main road, we entered a new neighbourhood with less garbage lining the sidewalks and no graffiti in sight. I remember climbing stone stairs and passing through narrow, crowded alleys that gave way to walls covered in baskets and purses, where bins overflowed with nuts and fruit. In a butcher’s window, a ladder of ribs dangled from a chain. The savoury aroma of grilled meat wafted through the air as men shouted prices at passersby, bread in hand, ready to assemble sandwiches. I followed my parents, unable to see where I was going through the waists of all the people around us. As the crowd thickened, I remember hearing a low growl, a sound that couldn’t have come from any of the humans at the market.

We turned onto a packed plaza. High above the swell of curious onlookers, a giant brown bear was standing on its hind legs. Its hair was matted, its eyes gazing blankly over our heads, a muzzle cover ing its mouth. A leash hanging from its neck led into the hand of a man making announcements in Greek into a megaphone.

We moved toward the spectacle. I’d never stood so close to such an immense animal. The man holding the leash appeared to have the bear fully in his control. He tugged and the animal turned his way. When he held up his hand, the bear sprang onto its hind legs. When he asked questions into the megaphone, the bear crouched or let out a whimper that sounded like an answer to its captor’s words. The creature was trying to talk, I marvelled. A ripple of laughter rose from the crowd. I laughed too.