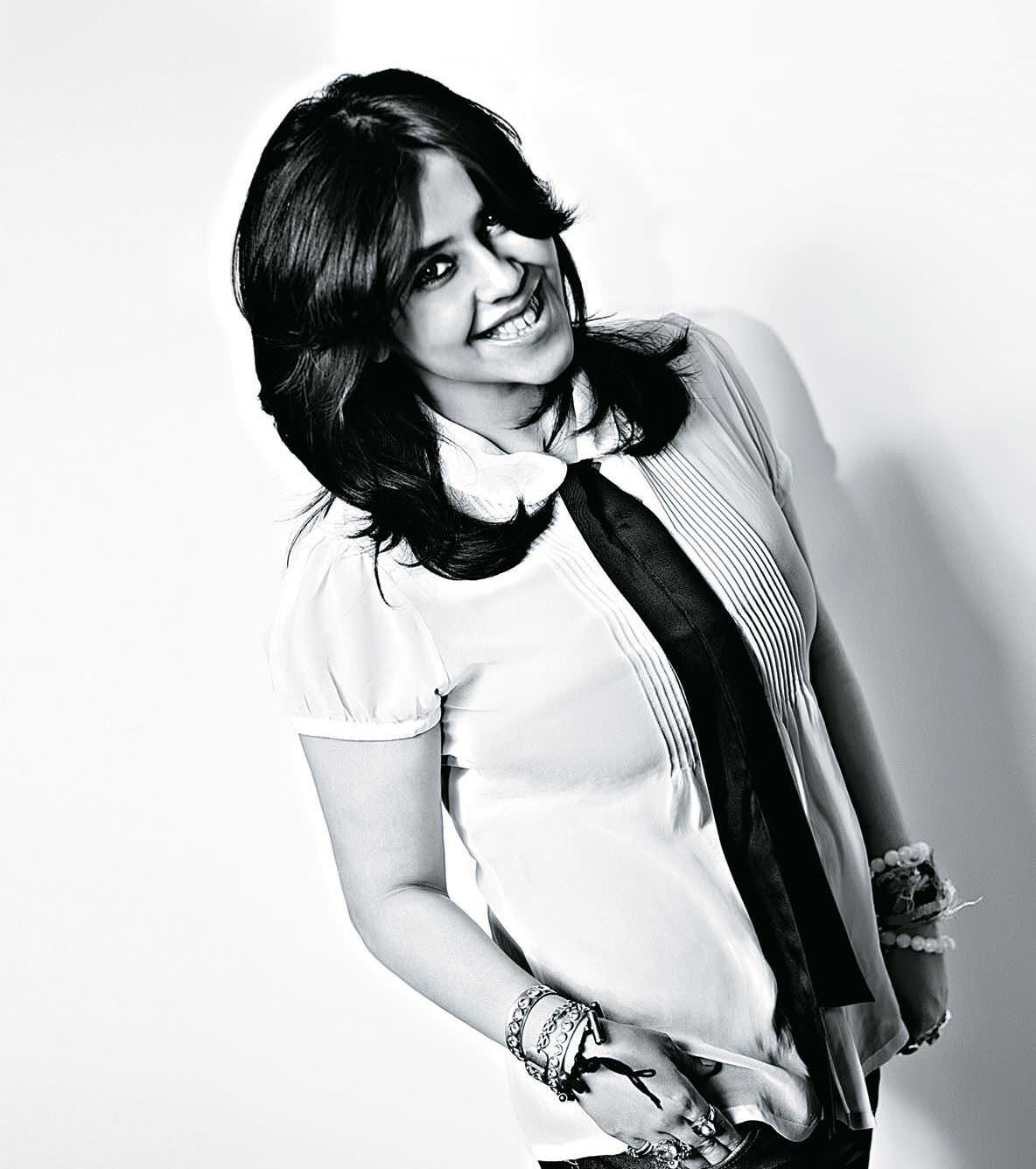 "Though she didnt set out to be a queen bee, Ekta Kapoor overcame early setbacks to create the most prolific production house in the country."

A conversation with television czarina Ekta Kapoor about her entrepreneurial journey is quite like an episode from one of the daily soaps she is so well-known for. There’s a seemingly simple character put in an unforeseen situation, who makes winning against all odds her sole mission. The fact that our chat lasted for exactly the half hour I was slotted for  on the schedule proudly displayed at the reception to her office drives home this point. You cannot escape Ekta Kapoor at the Balaji Telefilms office in suburban

Mumbai — her face and her imprint are everywhere. This is why it is not hard to believe a source when she tells me there is an alarm at the office exclusively to warn people to clear the path when Kapoor is around. But it’s also not hard to believe that even as her worker bees get down to some hard work, the Queen Bee works twice as hard. Uneasy rests the head that wears the crown. In Kapoor’s case, adjusting took a while. “At 17, my father [yesteryears actor Jeetendra] told me to either get married or go work instead of partying like I wanted to. He told me that I won’t get anything other than my pocket money and to earn some extra cash, I worked with an ad agency. I was perfectly fi ne with the situation and thought I would live a very mediocre life, get married at 22 and settle down to a life of enjoyment. Unfortunately, or fortunately, nothing we plan ever happens.” By the time she was 19, her father was offered a chance to create soft ware for a London-based channel TV Asia by his friend Ketan Somaia. The offer was handed off to a reluctant Kapoor, who then came up with concepts for new shows.

Opening Up The Idiot Box

Kapoor’s love for American sitcoms such as The Fresh Prince of Bel Air and television in general motivated her to take up the offer, especially now that she thought she had a ready buyer in the form of a channel. “I decided to make five or six pilots with the concepts I had in mind. Meanwhile, the channel got sold to Zee TV. Here, I was trying to sell software that no one was ready to buy and there, our partnership had fallen to pieces. We lost all of our investments and were down to our last #2 lakh. I decided to shoot the pilot for a show called Hum Paanch and sold it to Zee. By the time I was 19, it was on air.”

Hum Paanch, the story of a family of five oddball sisters, took off out of nowhere and became a runaway hit. With its rerun still hitting the TV screens on select channels to date, the timeless comedy can be credited with bringing Balaji Telefilms and Kapoor into the limelight. Speaking of that time, she says, “I started enjoying production. Some shows were making a lot of money and some were not. But once I started enjoying the challenges, I became obsessed about production. I ate, drank, slept and married television. It was not for the money — I was just pleased with the content that I was making.”